In the April 9th edition of Spencer Lewis’ Short Track Notebook, we chat with Brandon Watson about his upcoming trip to Toledo Speedway, reveal the latest entrant into Sunset Speedway’s APC 100, preview Samantha Shaw’s ride for 2014, chat with Kathleen Hosang about the Delaware Speedway Super Stock division and feature a one-on-one interview with JEGS-CRA All Star Tour regular Jaxson Jacobs.

We recently caught up with 2-time OSCAAR Super Late Model champion Brandon Watson and asked about his upcoming trip to Toledo Speedway for the second annual ARCA/CRA Super Series Border Wars 7-Up 150 on April 12th. The third-generation star tells us about his previous trips to Toledo, the caliber of competition that the CRA Super Series brings and his possible plans for the 2014 season. Click here for the interview and follow Brandon on Twitter @BrandonWatson15. Be sure to follow Inside Track on Twitter @Inside_Track for more news regarding the event. 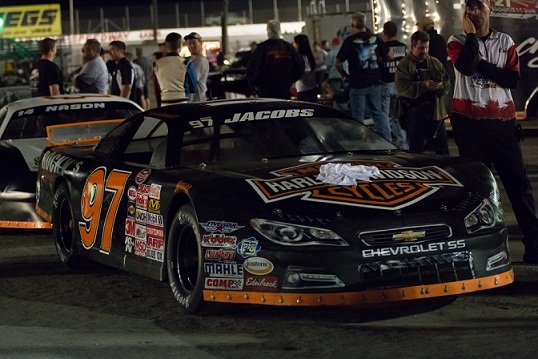 Earlier this season, we had a chance to catch up with 16-year old Pro Late Model competitor Jaxson Jacobs (above, by Thompson Photography). The London, ON driver spent the entirety of the 2013 season competing with the JEGS/CRA All-Star Tour racing through the Midwestern United States. We ask Jaxson about his time on the tour, the effect its had on his program and his plans for 2014. Click here for the interview and follow Jaxson on Twitter @JaxsonJacobs97. 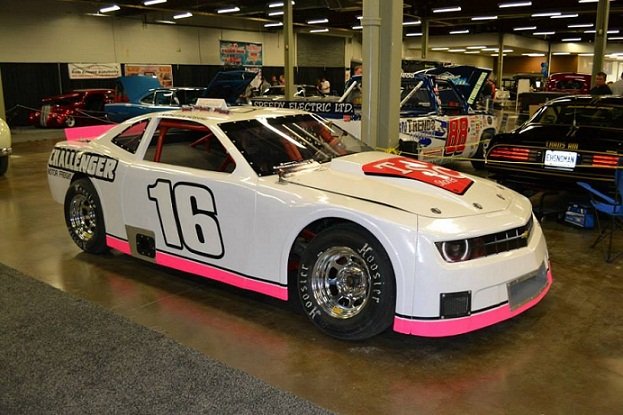 Delaware Speedway veteran Kathleen Hosang (above, by Delaware Speedway) has confirmed she will return to the Super Stock division this season. The London, ON native, a graduate of the Delaware Truck division, joins a talent-heavy roster including multi-time winner Kenny McNicol Jr., perennial contender Darrell Lake and Rookie of the Year contenders Trevor Collver and Gary Adriaensen. We recently caught up with Kathleen and asked for her thoughts heading into 2014.

“This will be our 12th season at Delaware and our 3rd in a Super Stock. After a handful of heat wins, we’re gunning for our first feature victory this season. We won’t be able to contend for a championship, as I’ll be forced to miss at least one event due to other engagements, so our lone focus is going to be on winning races. The Super Stock division becomes more and more competitive every year, and I think 2014 is shaping up to take the division to a whole new level. The Super Stocks have more registered drivers than any other division at Delaware, and most of our incoming Rookies are coming in with years of prior racing experience, it should be a lot of fun! The six race series between Flamboro and Delaware should make things very interesting too” 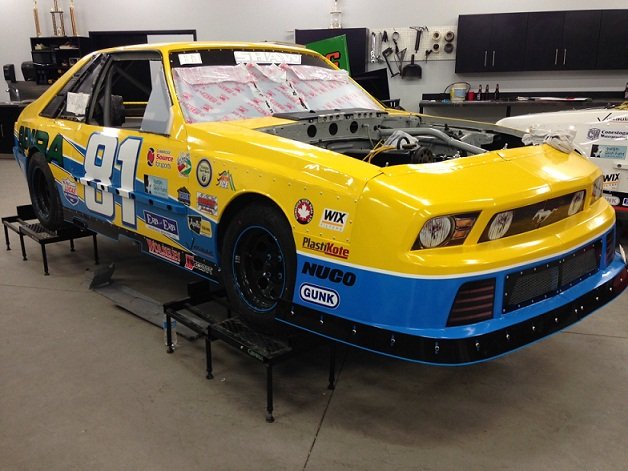 Third-generation racer Samantha Shaw has sent along photos of her ride for 2014. The Guelph, ON teenager will compete fulltime at Sunset Speedway this season, with hopes of earning her first career Mini Stock division championship. Shaw raced at Sunset for most of the 2013 campaign, earning a number of top-10 performances. She’ll join her Spira Motorsports teammate Jake Watson on the fulltime Sunset roster, with marketing support from Artik Ice, Chetty’s Hot Sauce, Dominion Sure Seal, Erb & Erb Insurance Brokers, Fleet Image, Gunk, Lucas Oil, Nuco, Plasti-Kote, Pro Treadz, Process Group, Rockwood Roof Trusses & Components, Spira Fire Protection, Victaulic, Wix Filters and Wolseley. Sam will make her 2014 debut on May 3rd at Sunset Speedway, until then, follow her on Twitter @81Shaw.