Darrell Lake Will Return To Delaware Speedway Fulltime in 2014

Delaware Speedway fans can expect to see multi-time Super Stock championship contender Darrell Lake fulltime in 2014. The London, ON driver split his 2013 campaign between Delaware and touring Ontario with the Lucas Oil Sportsman Cup series. Lake confirmed that touring the province began to take its toll on the team toward the tail end of the season, in addition to the workload of converting their lone chassis from Delaware Super Stock to LOSC specs. The former Delaware Junior Racing League standout is excited to “get back to basics” and will do so with the help of returning sponsors London Drive Systems, Custom Fluid Power and Maple City Tire. Fans can keep up with ‘Hollywood’s off-season preperations via his @LakeD77 Twitter account. 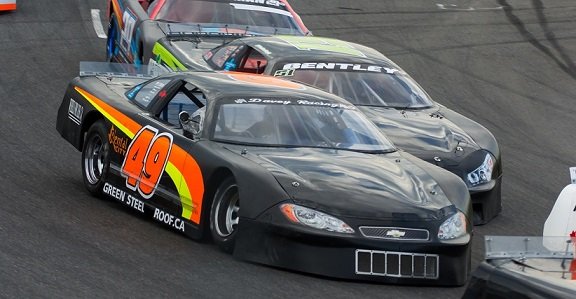 Earlier this season, we caught up with Sunset Speedway Ltd. Late Model regular Flyin’ Frank Davey (above, by Thompson Photography). After numerous track championships – and an Autumn Colours Classic victory – within the Super Stock division, Flyin’ Frank made the move up to LLM in 2012. The River Drive Park, ON driver told us all about his sophomore campaign, the challenges his team has faced navigating the intense level of competition at Sunset and his assessment of his upstart Ltd. Late Model program. The video interview can be seen here. 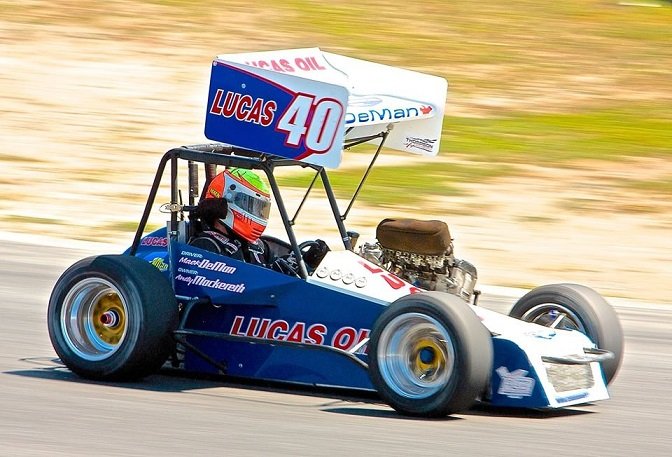 Here’s our interview with 2013 Lucas Oil TQ Can-Am Midgets champion Mack Deman (above, by Paul Husby). The second-generation star discusses his breakout season, multiple feature victories and what the championship means to his program. The interview can be found here, and be sure to follow Mack on Twitter @MackDeman. 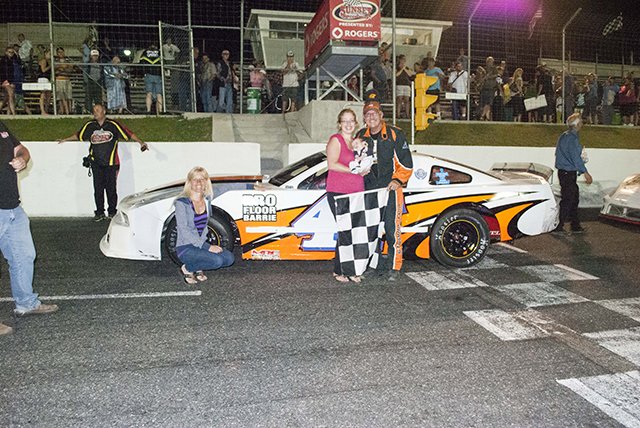 Volume 10 of our Bench Racing series is now online. In this edition, we sit down with Hall of Famer Stompin’ Tom Walters (above, by Pamela Guppy), 2-time Autumn Colours Classic winner Dwayne Baker and former Sauble Speedway champion Jason Parker. The three veterans talk about the state of the Ltd. Late Model division and what needs to be done to maintain it, the contrast between short track racing in Ontario and the deep south, their short and long term goals and their time spent competing against one another. The full video can be found here, and for more episodes be sure to visit our Youtube channel here.