Kool Kidz-Corr/Pak 360 Sprint Cars
Nick Sheridan and Aaron Turkey led the 24 car field to green to start the 25 lap 360 Sprint Car A-Main. A three way fight for first between Ryan Turner, Jake Brown, and Aaron Turkey broke out; in the meantime Holly Porter stalked the leaders and entered the top five. An unfortunate hard flip for Jacob Dykstra caused an immediate red flag; Dykstra was unharmed but his car was done for the night.

Porter had raced herself up to second right before the red flag and started right behind Turkey for the single file restart. An untimely right rear tire problem on Porter’s car ended any hopes for a good finish on her best performance of the season. Another red flag appeared as Mack DeMan flipped over the wall and into the back stretch fence; he was able to walk away from his very heavily damaged car unharmed.

Turkey had his first win in sights, but Ryan Turner edged out Turkey in a thrilling finish for the final win of the points season. 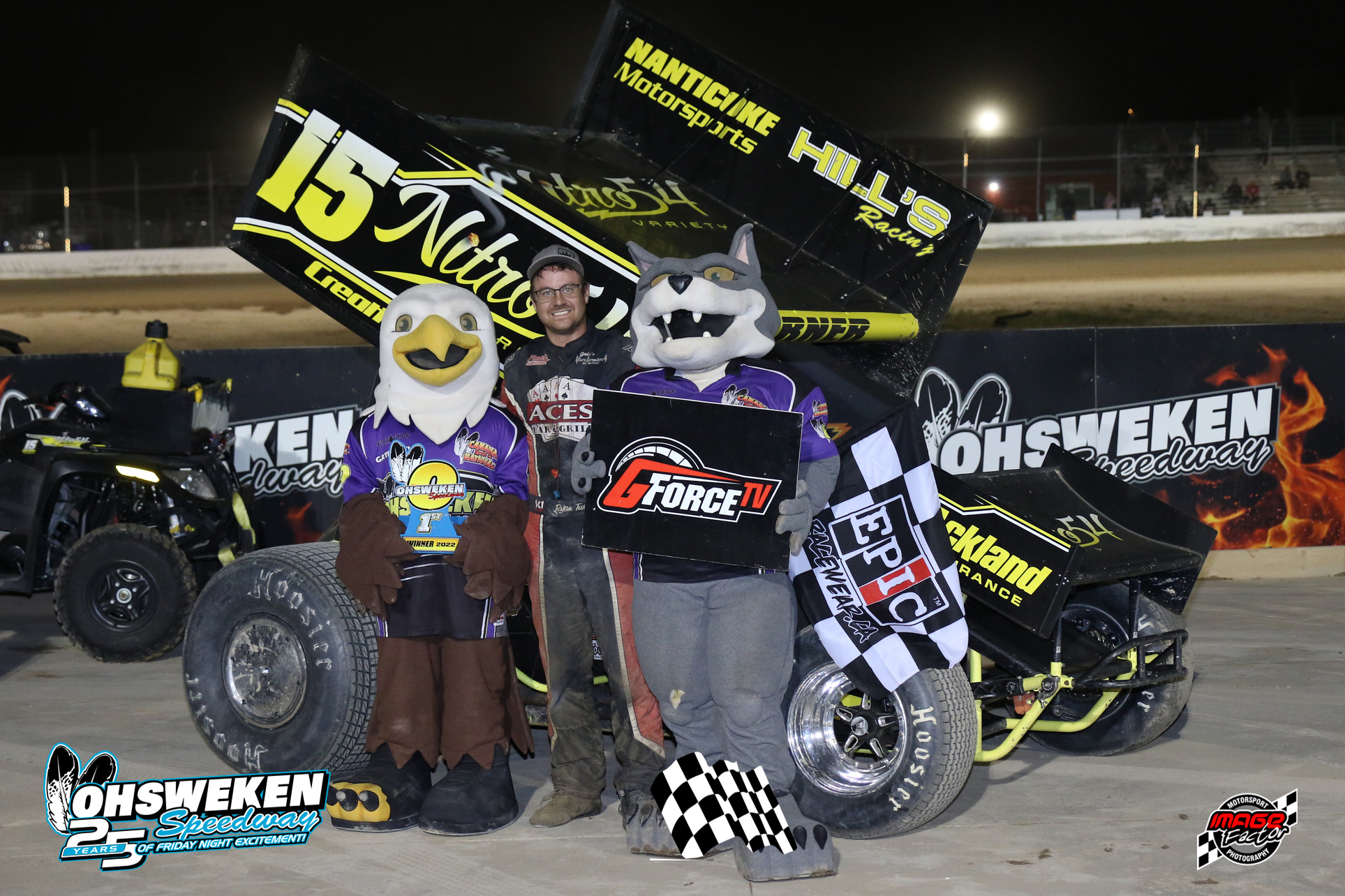 Turkey settled for second with Sheridan third, Mitch Brown fourth, and Mikey Kruchka fifth. Cory Turner did everything he had to win the championship, which was to keep the car in one piece and finish in fifteenth or higher to clinch his first Ohsweken track championship.

Strickland’s Crate Sprint Cars
Darren Dryden and Jesse Costa made up the front row to start the 25 lap Crate Sprint Car A-Main. Dryden had an amazing start, clearing the pack and already catching traffic by the sixth lap. Point leader Lucas Smith raced himself to the second position, shadowing Dryden as they both navigated through the traffic. 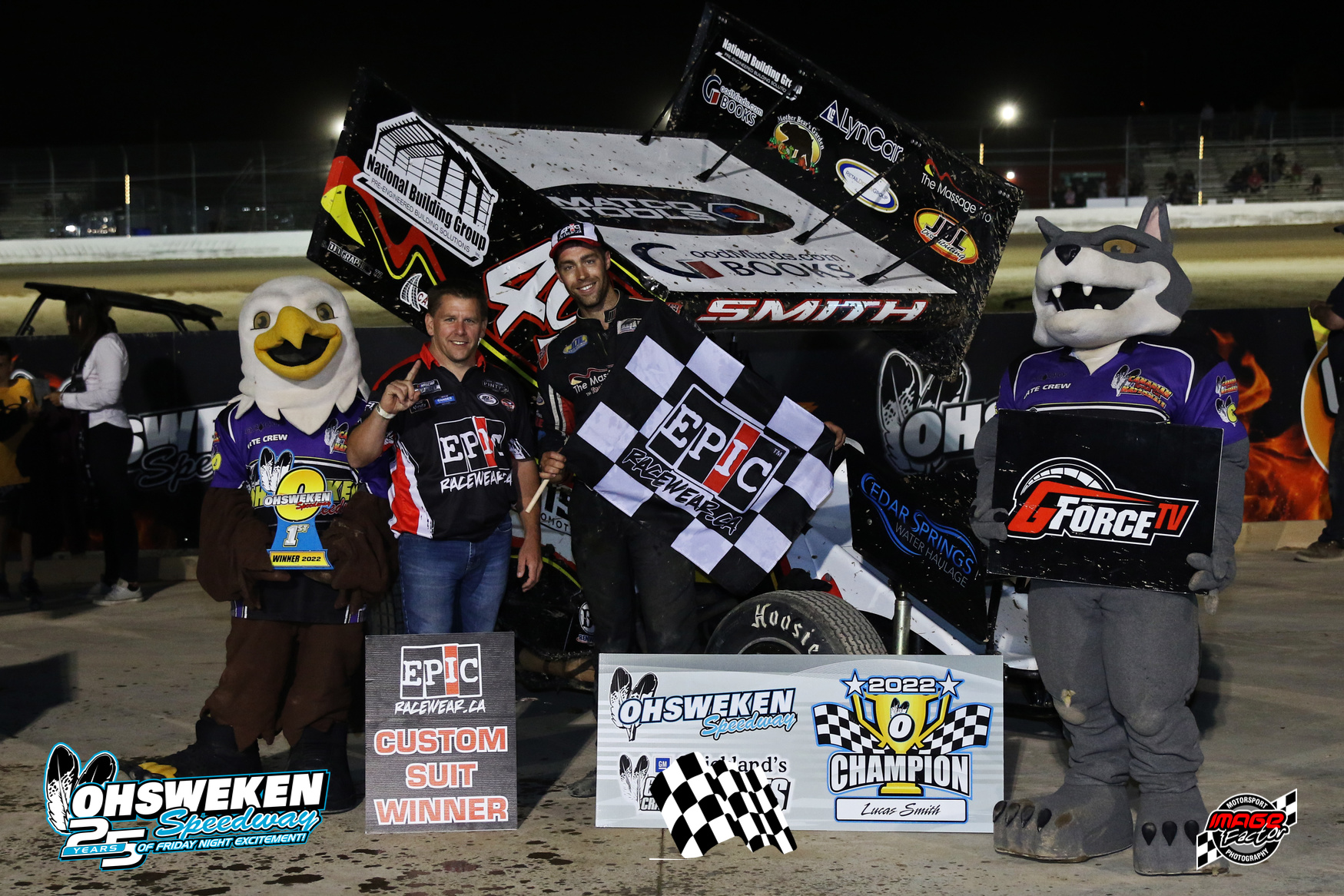 Smith bided his time and overtook Dryden, who got bottled up by traffic. The laps ticked off quickly as Smith built a comfortable three second gap over Dryden. With only eight cars left on the lead lap, Smith crossed the finish line in first to claim his second Ohsweken championship – and first in Sprint Cars – in a dominating fashion. Dryden finished second, Brett Stratford third, Costa fourth, and Eric Gledhill in fifth.

Middleport Mechanical Thunder Stocks
Kacey Huffman and Gofast Teeple led the grid to start the 20 lap Thunder Stock A-Main. Ken Sargent quickly gained the lead after starting in the second row. Points leader Dave Bailey raced himself to fourth as the first caution of the race came out for debris on the track. The field then saw more cautions; as the saying goes “cautions breed cautions.” 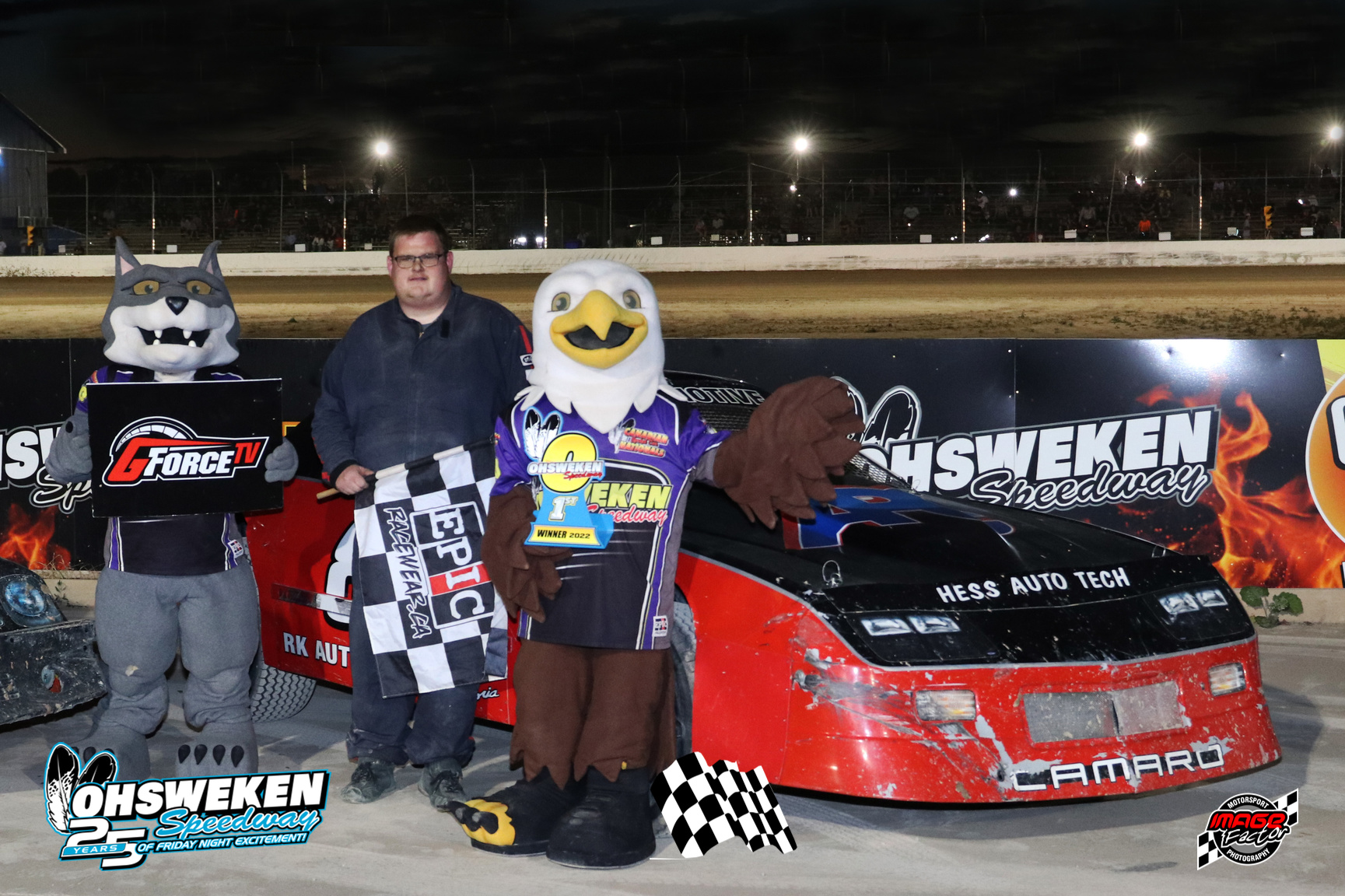 Bailey had a great restart and took the lead away from Sargent, while Ryan Beagle took advantage of the multiple restarts and worked himself up to fifth. With 10 laps left go Beagle had caught up to Bailey, who stayed ahead until Beagle made the winning move with two laps to go. Bailey settled for second, with Sargent rounding out the final spot on the podium in third. Mark Fawcett and Trevor DeBoer rounded out the top five in fourth and fifth respectively. With one more race left in the season Bailey leads the division by 40 points over Beagle.

HRW Automotive Mini Stocks
The front row of the grid featured Steve Miller and Christopher French to start the 15 lap Mini Stock A-Main. French overtook Miller for first until Tristan Da Silva took the lead on lap five. Ryan Hillar snuck up to the second position and brought along Eric Yorke with him in third. The top three broke away from the rest of the field as the laps ticked away. 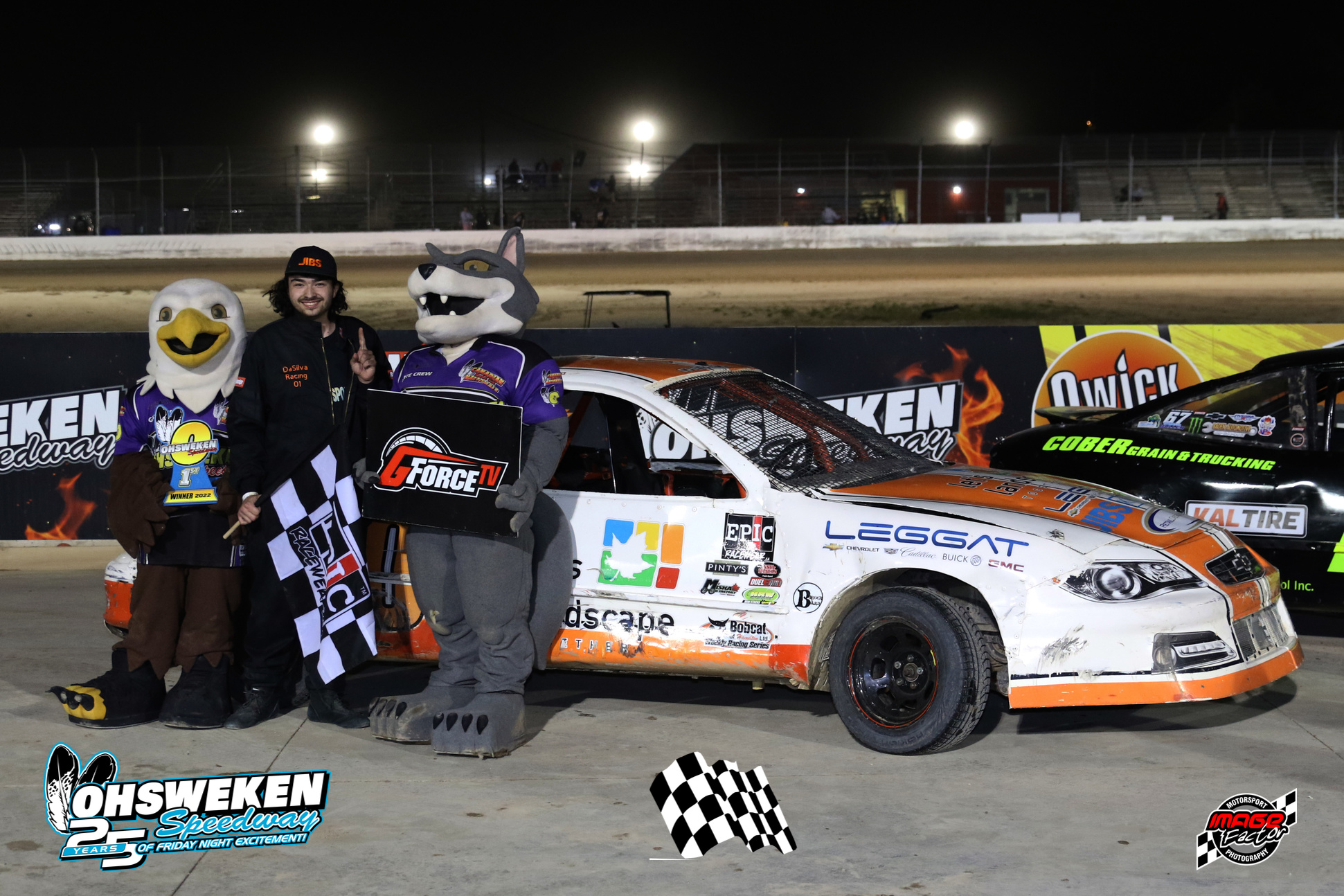 Da Silva was able to stay ahead by at least two car lengths and crossed the finish line victorious for the first time this season, setting a new 15 lap record for the Mini Stocks in the process. Yorke tried a late surge for second but, Hillar held him off and Yorke settled for third. Wayde Thorne and Tim DeBoer rounded out the top five in fourth and fifth respectively. Despite engine problems for Tyler Lafantaisie which left him salvaging a 12th place finish, he still leads the division by 131 points over Fabio Olivieri going into the last race of the season.