Kool Kidz-Corr/Pak 360 Sprint Cars
Cory Turner and Ryan Coniam were on the front row to start the 20 lap 360 Sprint Car A-Main. It only took until turn two for the excitement to really pick up as Coniam spun on the high side; he was able to gather his car back up and blend back into the middle of the pack while Turner began to encounter traffic by lap six. The first caution came on lap 11 when Kevin Pauls spun and was unable to restart. The green flag waved again with the field back tightly together with nine laps to go. Mikey Kruchka was hot on Turner’s heels until the next yellow flag waved when Travis Cunningham stopped with a flat left front tire. Turner was able to hold off Kruchka for the next six laps and win the race, leading every single lap. Kruchka and Ryan Turner took the final podium spots, followed by Josh Hansen and Liam Martin. 19 of the 24 cars finished on the lead lap, showing the calibre of drivers racing at Ohsweken each week. Cory Turner’s win moved him to the top of the championship standings, two points ahead of his brother Ryan. 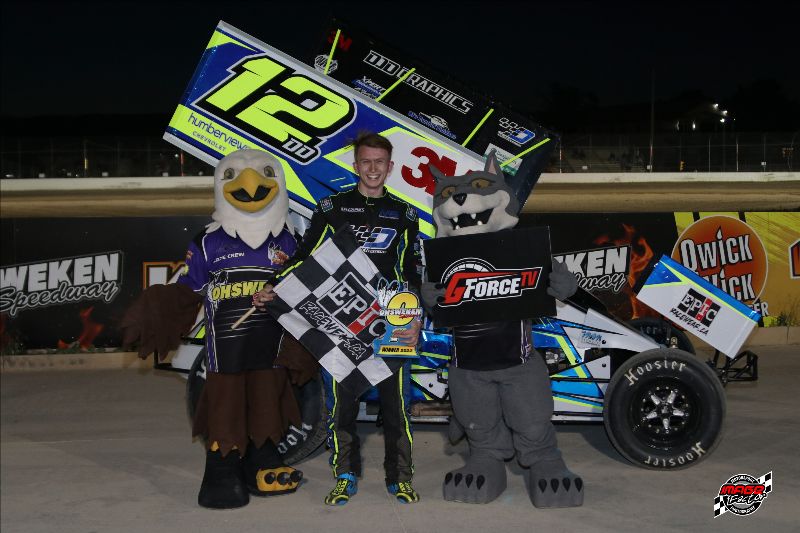 Eric Gledhill and Ryan Fraser brought the 28 car field to the green flag for the 20 lap Crate Sprint Car A-Main. The yellow flag made its first appearance on lap one as Travis Hofstetter and Joshua Hill got tangled up. Darren Dryden quickly became the star of the race as he stole first from polesitter Gledhill on lap seven. The battle for second place began to heat up on lap 12 between Gledhill and Austin Roes. Roes was able to pull away from Gledhill with four laps to go, while Gledhill was passed by A.J. Lewis in the closing laps. Dryden cruised to his second win of the year, moving up six positions from his starting spot on the grid. Roes secured second and A.J. Lewis rounded out the final podium spot, followed by Brett Stratford and Eric Gledhill. Dryden extended his lead in the championship standings to 20 points with the win.

Middleport Mechanical Thunder Stocks
Mark MacDonald started on pole with Christopher Hale next to him for the 20 lap Thunder Stock A-Main. Mike Thorne brought out the first caution due to his spin on lap two. Ryan Beagle made his way to first by lap six, taking it away from Hale. It looked like clear sailing for Beagle, but a caution on lap 15 changed everything; Ron Loggie’s car went up in a cloud of smoke and dropped fluid on the track, causing him to retire from the race. With the field packed together again for the restart, it was anyone’s race. Donnie Lampman tried to get past race leader Beagle on the inside in turn one but got too close and the two were momentarily hooked together, causing them to be engulfed by the pack as they tried to get free. Kyle Wert pounced on the opportunity and quickly gathered up the lead and held off the pack to bring his #19 machine to Victory Lane. 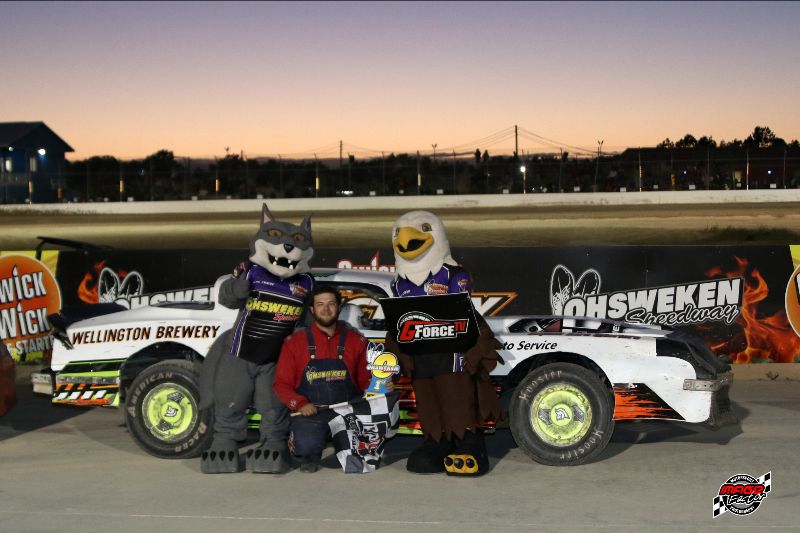 Beagle was able to recover for second place and Donny Lampman earned the final spot on the podium. Trevor DeBoer finished fourth, while Dave Bailey kept his points lead with a fifth place finish.

HRW Automotive Mini Stocks
The front row of the grid featured Jason Tolton and Tim DeBoer to begin the 15 lap Mini Stock A-Main. The top five were having a pretty straightforward race until Steve Miller spun right in front of them with eight laps to go; thankfully everyone was able to avoid contact. Things seemed to settle down for the restart but as the saying goes, “cautions breeds cautions.” After the green flag Jeremy Hughes spun and Tim Nuell could not react in time and slammed into Hughes. The hard collision and resulting fuel leak on Hughes’ car caused officials to throw a red flag. Thankfully both drivers left the accident without any serious injuries. The race restarted and remained caution-free from there to the finish. Tyler Lafantaisie emerged from a spirited race with his third consecutive victory to start the season. 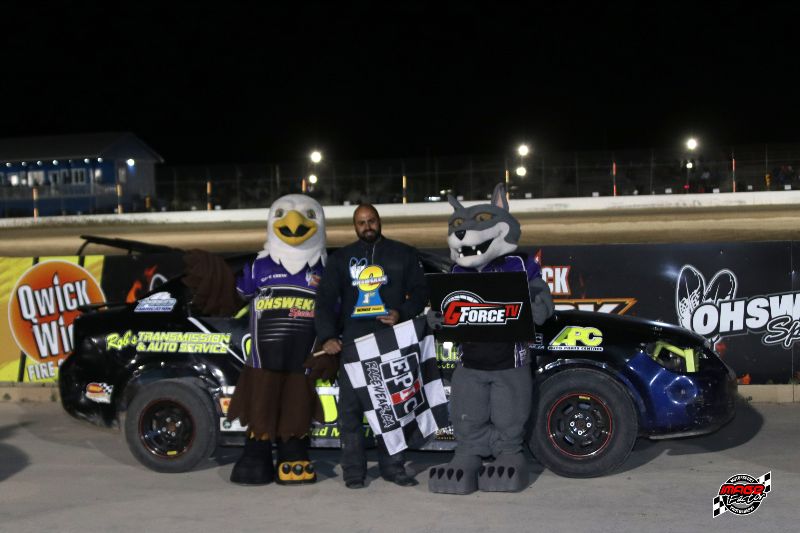 Jason Tolton and Eric Yorke finished up the race second and third respectively, followed by Nick Erskine and Ryan Hillar. Lafantaisie’s win extended his lead in the championship standings to 29 points.

If He Builds It, Dan McHattie Believes The Wins Will Come