OHSWEKEN, Ont. (July 8, 2022) – Strickland’s brought another round of Friday Night Excitement to Ohsweken Speedway on July 8; Mikey Kruchka, Lucas Smith, Dave Bailey, and Tyler Lafantaisie won A-Mains while bikes and lacrosse gear were given away to young fans.

Kool Kidz-Corr/Pak 360 Sprint Cars
Mikey Kruchka and Mack DeMan led the 23 drivers to the green flag to start the 20 lap 360 Sprint Car A-Main. Kruchka lost first place to DeMan until he was able to retake the lead once more on lap seven. The Turner brothers were the ones to watch as they battled their way through the top ten; Cory had started 23rd after problems in his heat race and went on to finish sixth. A caution for debris on the track caused the field to reset for an exciting finish with six laps to go. Kruchka had a textbook restart, driving himself to his first victory of the season. Ryan Turner finished second after gaining eight positions from his start. Mack DeMan finished third, D.J. Christie fourth, and Liam Martin fifth. Ryan Turner remains the division points leader, ahead by 20 points over Cory Turner.

Strickland’s GMC Crate Sprint Cars
Allan Downey and A.J. Lewis made up the front row to start the 20 lap Crate Sprint Car A-Main. Lucas Smith bided his time for six laps before making his move to gain the lead. Eric Gledhill closed the gap, however traffic proved too difficult to navigate through, nullifying his efforts for a second win on the season. Smith crossed the finish line first, giving him his first victory of the year and fourth top five. 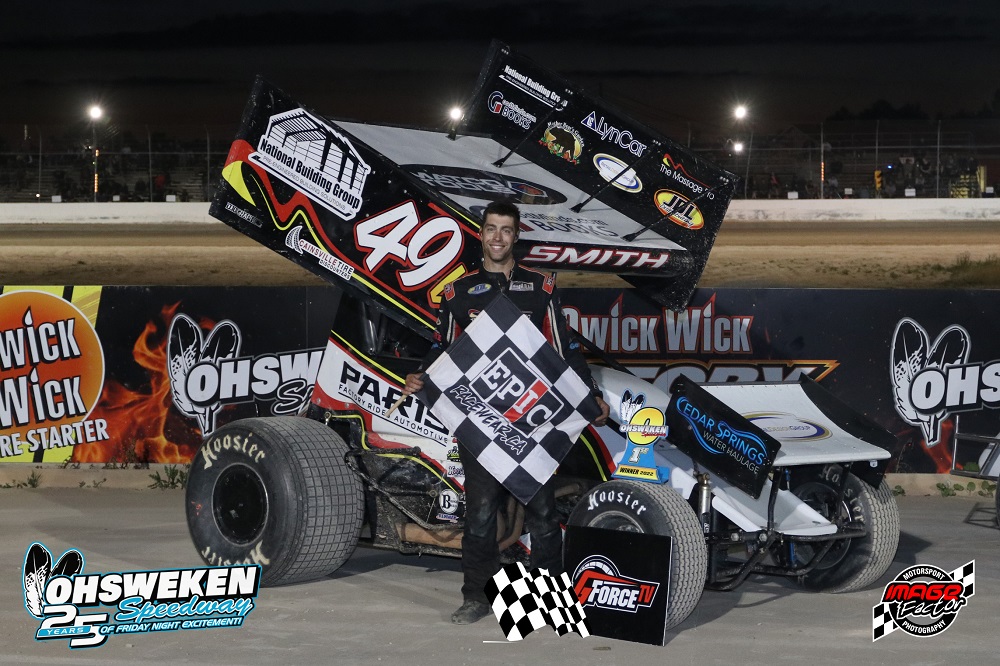 Gledhill had an amazing drive finishing second after nursing a flat left front tire to the finish line. Third place was a tie on a dead heat between A.J. Lewis and Brett Stratford down to the thousandth of a second, however Lewis was later disqualified for a technical infraction. Rounding out the top five were Jesse Costa and Downey. Smith now leads Gledhill by eight points in the championship standings.

Middleport Mechanical Thunder Stocks
Melissa Miller and Tim Phalen led the grid in getting the 20 lap Thunder Stock A-Main underway. Within two laps Ron Loggie was already in first place after starting fifth. Championship contenders Ryan Beagle and Dave Bailey battled their way to the front after starting deep into the field due to the handicap system. Loggie had the victory in his sights until a late caution put it all in jeopardy. Bailey capitalized on the final restart and drove to his fourth victory of the year. 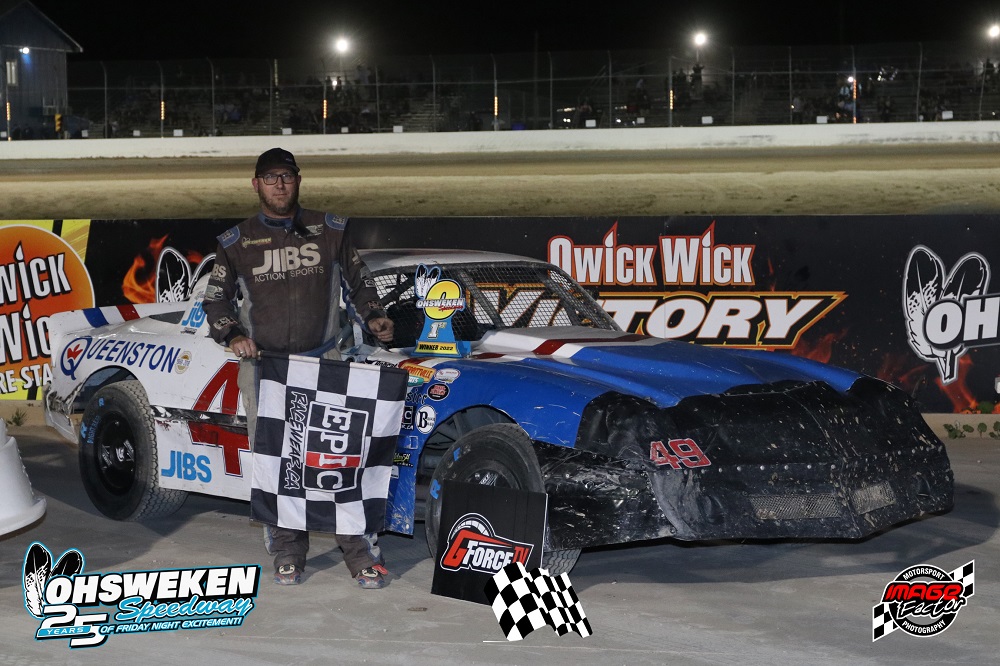 HRW Automotive Mini Stocks
The front row of the grid featured Mike Evers and Mike Giberson to begin the 15 lap Mini Stock A-Main. Wade Thorne took an early lead until a red flag came out due to a collision between Evers and Tim Nuell which left both drivers unharmed but frustrated. Tyler Lafantaisie and Fabio Oliveri battled each other for the last nine laps and Lafantaisie was able to earn his fourth victory of the season and fifth straight top five. 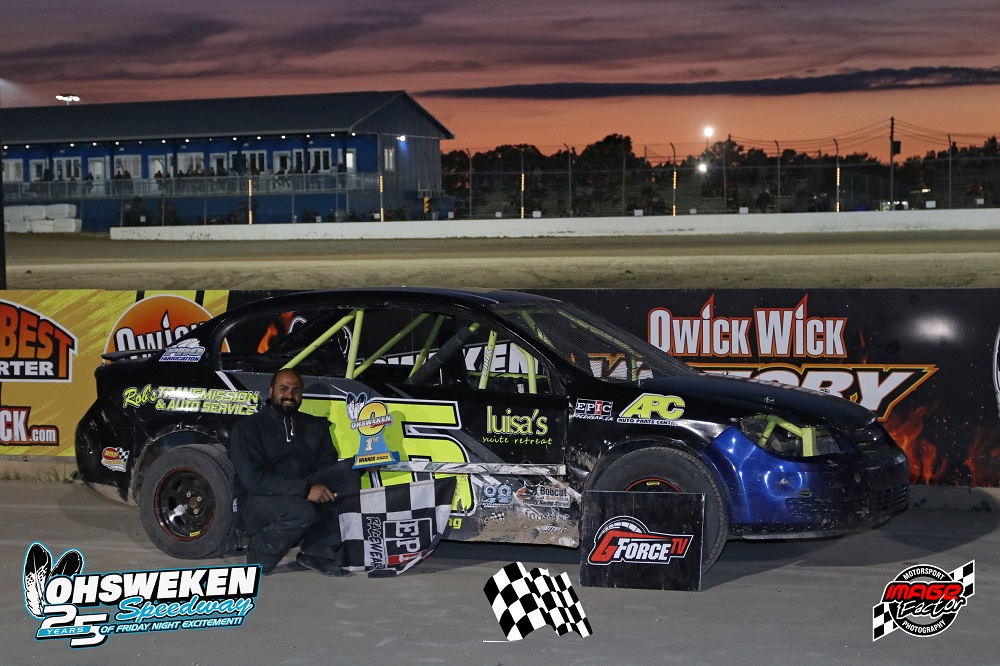 Oliveri finished second and picked up precious points, while Dusty DeBoer rounded out the podium. The top five finished with Matt Nuell and Kyle Rothwell respectively. Lafantaisie left the night with a comfortable 64 point lead over Jason Tolton.

New Electronic Pit Waiver
Please click this link to sign the Annual Pit Waiver if you plan on attending in the Pit Area in 2022: https://ohsspeed.speedwaiver.com/kinxf