Kool Kidz-Corr/Pak 360 Sprint Cars
Liam Martin and Mitch Brown led the 24 drivers to the green flag starting the 20 lap 360 Sprint Car A-Main. Martin began to run away with the race after a great start, as he found pace on the high side of the track. The leaders began to encounter traffic by lap four which made for some exciting racing. Brown finally cleared Mikey Kruchka after battling for the second position as the laps were winding down. They both showed that hard racing can be clean and respectful as they both gave themselves plenty of racing space. The caution-free race made every racing move important as a mistake could send you back into the pack. Martin stayed up front and won his second race of the year after holding off Brown’s final push for the win. Brown ultimately finished second with Kruchka following him for a third place finish. Rounding out the top five were Cory Turner and Nick Sheridan. Cory Turner leaves the night as the new leader of the division with three points over his brother Ryan Turner who now sits in second place.

Middleport Mechanical Thunder Stocks
Gofast Teeple and Kyle Andress led the grid to start the 20 lap Thunder Stock A-Main. Mark MacDonald inherited the lead after Teeple shockingly retired on the first lap. All eyes were on Ryan Beagle however, as he snagged the first spot by the third lap after starting in 18th. Beagle’s championship rival Dave Bailey was also making quick work of field after starting 19th due to the handicap system. Robert Hoskins could not hold off Bailey any longer and was passed for the second spot. With eight laps left to go a caution was brought out by Scott McPhail when he came to a stop in turn three. The electricity in the crowd could be felt as the two title contenders brought the field to green on the restart. Beagle prevailed as the crowd cheered him on, but an untimely caution came out with only two laps left go; the race came down to a green-white-checkered finish. 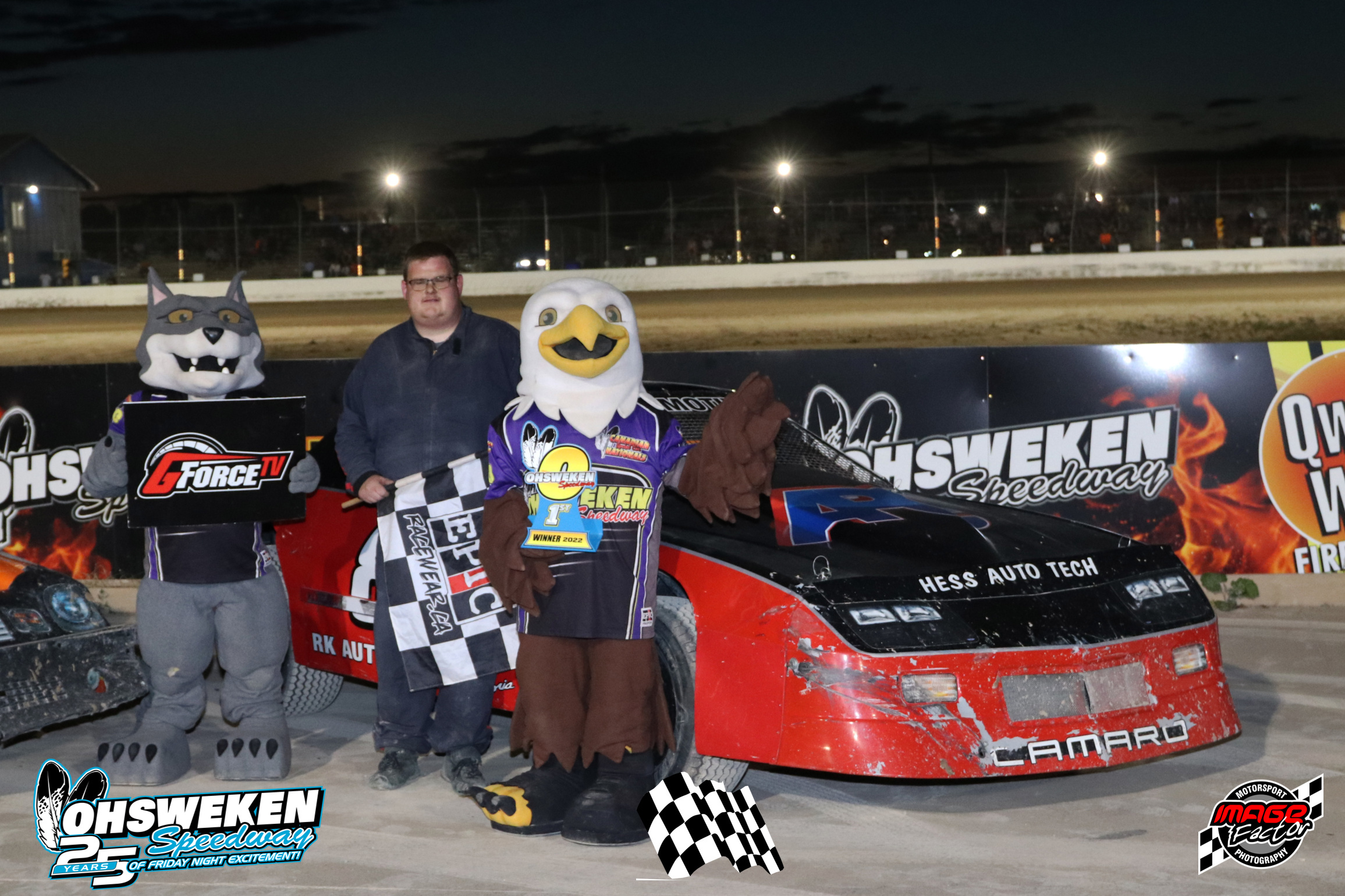 Beagle proved to be the driver to beat as he once again held off Bailey for the win, with the margin between them being just 0.095 seconds. Bailey finished second, Mark Fawcett third, Hoskins fourth, and Cristopher Hale fifth. Bailey still remains the division leader with 37 points over Beagle.

Northeast Late Model Alliance Tour
Brandt Graham and Andrew Hennessy led the grid to start the 30 lap NLMA Crate Late Model A-Main. The first caution of the race came out on lap one as David Stolzenberg spun out and came to a stop at the exit of turn three. Graham retained the lead until Charlie Sandercock overtook him on lap seven. Hennessy’s pace to the leader waned as he struggled to overtake the lapped cars which allowed Kyle Sopaz to apply pressure for the second position. Relief came to Hennessy’s aid as a caution reset the field, allowing him to gain the lead after a great restart. The field couldn’t get resettled which resulted in four straight cautions. Even though Hennessy was able hold off the pack it was Sandercock who passed for the lead and ultimately won the race. 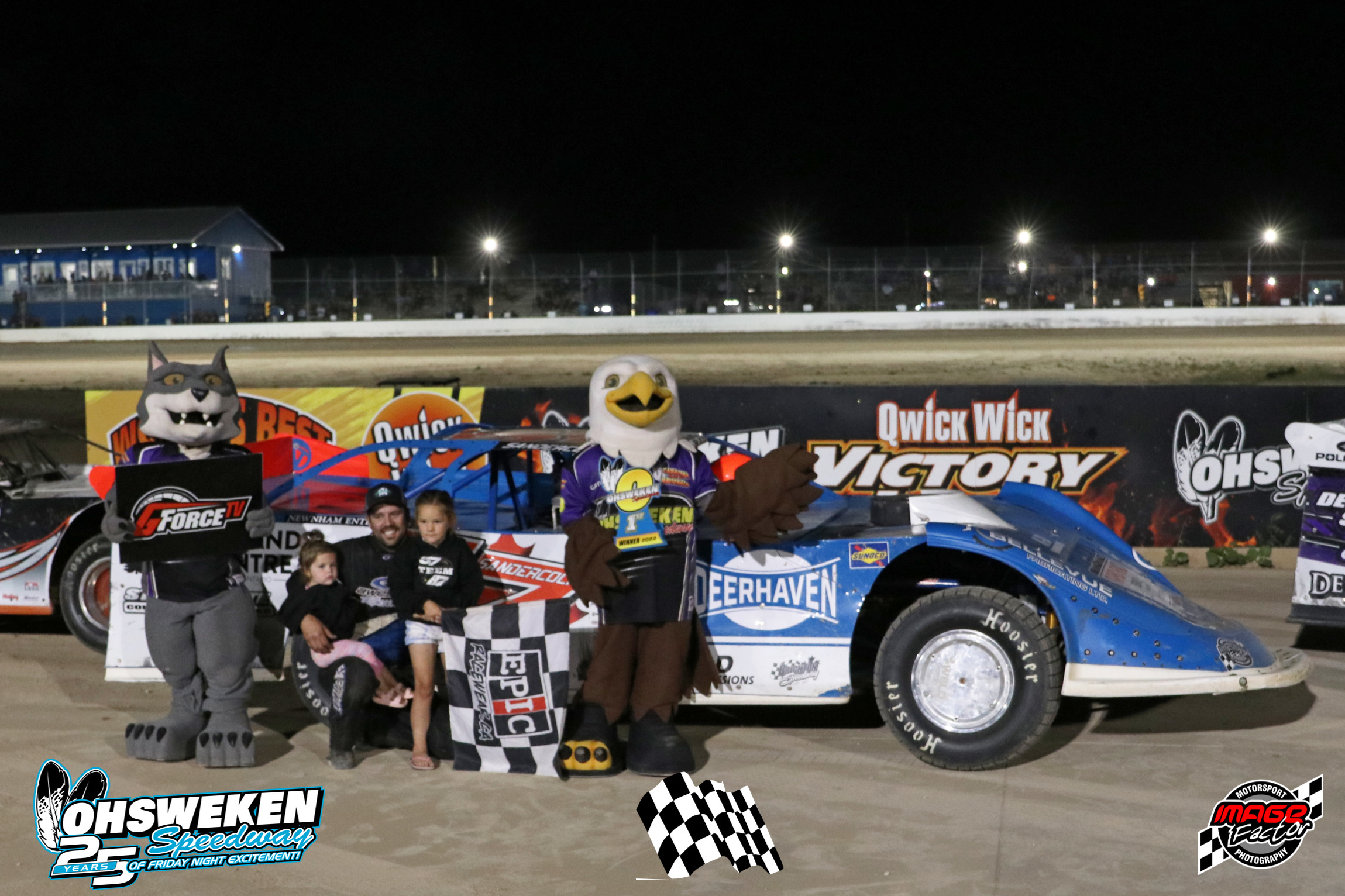 Dirt Modified Nostalgia Tour
Greg Hale and Bill Profota led the grid to start the 12 lap Vintage Car A-Main. Hale had a commanding lead until he lost control and spun, bringing out the caution as he tried to defend the lead from Doug Gordon. The restart saw Gordon, Profota and Imbeault give the fans a show of clean but very hard racing, reminiscent of the earlier days of racing. Gordon pulled away with the lead as Shadwell and Imbeault battled for the second position. 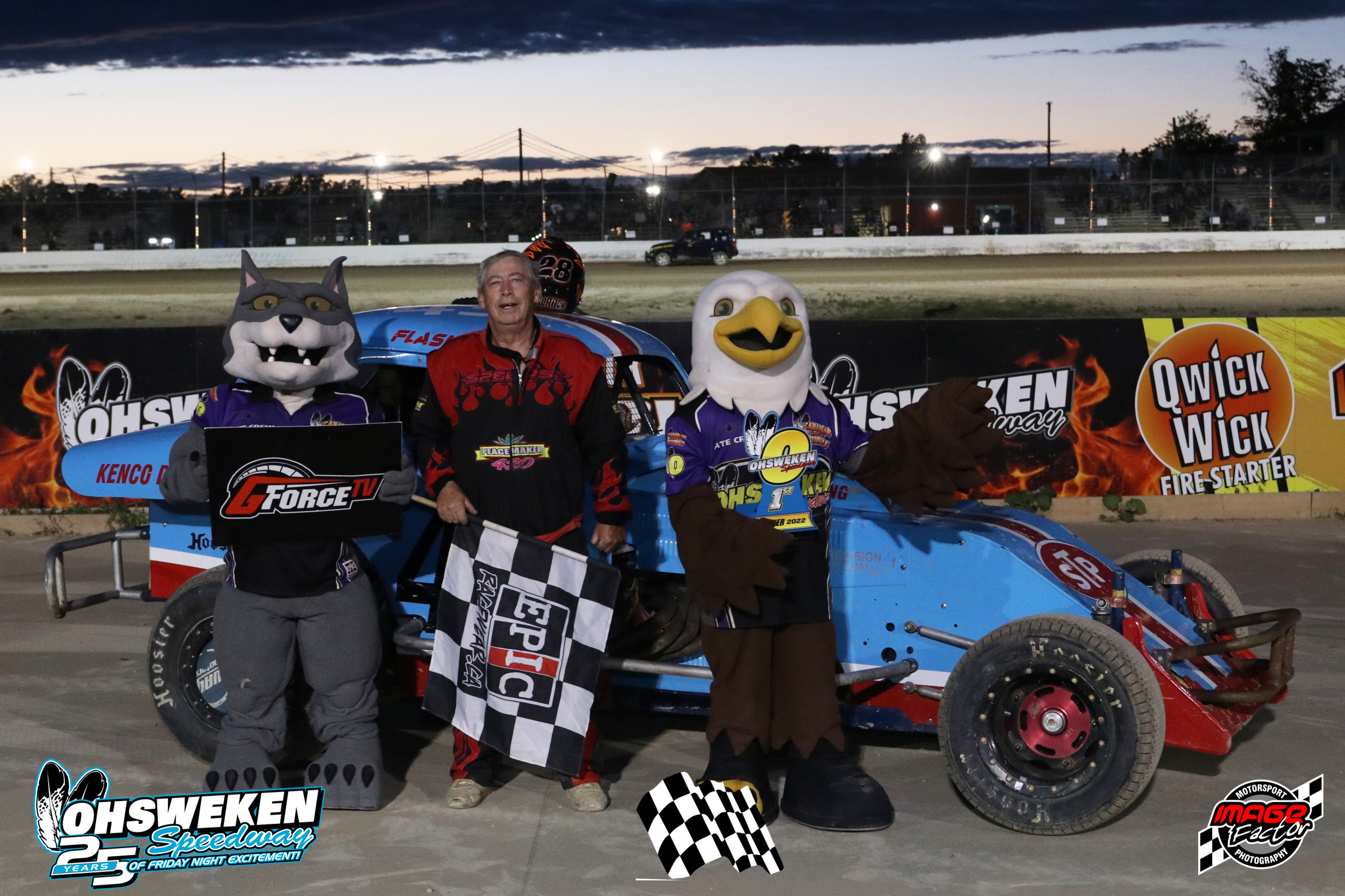 The three leaders stayed well ahead of the pack as the white flag was shown. Gordon left the night with a victory, with Shadwell finishing second, Imbeault third, Brandon Gregory fourth, and Bill Montreuil fifth. Hannah Ferrell left Ohsweken Speedway as the leader of the tour’s points standings with a seven point lead over Profota.