Matt Pritiko Will Make His NCATS Debut In 2014

In the February 1st edition of Spencer Lewis’ Short Track Notebook, we update you on the latest Late Model star to make a run at the NASCAR Canadian Tire Series, a popular veteran headed for New Smyrna Speedway, an OSCAAR Modified Tour Rookie of the Year competitor, a returning Super Stock driver and the newest announced member of our Young Guns panel scheduled for February 9th at the Canadian Motorsports Expo.

Pro Late Model standout Matt Pritiko has announced the next step in his motorsports career, a venture into the NASCAR Canadian Tire Series for the 2014 season. The 2013 Great Canadian 200 champion, Pritiko adapted to Late Model competition almost immediately, after making the transition from the KONI Challenge Series in 2010.

Pritiko has confirmed he will make a trio of starts in a DJ Kennington Racing entry, with 2 starts slated for Canadian Tire Motorsports Park and a third at the Grand Prix of Trois-Rivieres. The London, ON driver has also confirmed plans to make a select number of Late Model starts at short tracks across Ontario, guaranteeing 2014 to be an incredibly busy summer for his family-run operation. Marketing support for Pritiko’s NCATS effort will come from Global Warranty and Napa Auto Parts. Follow Matt on Twitter @MattPritiko 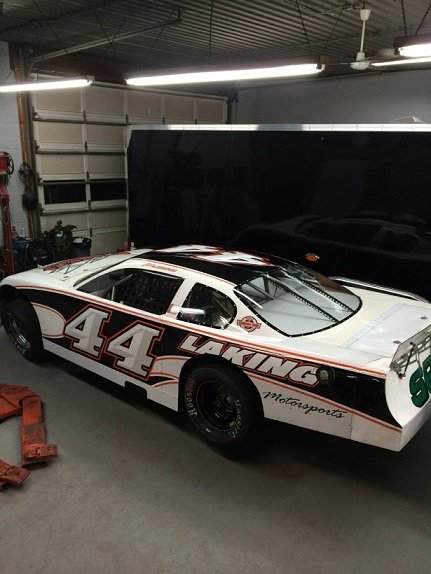 Pro Late Model veteran Steve Laking has sent along a sneak peek of what his #44 will look like when it hits the track at New Smyrna Speedway in 2 weeks. The Guelph, ON driver made several starts at the World Series in 2013 for Kirk Hooker, but will compete in his own equipment at the half-mile in 2014. The Phil Harper powered Junior Hanley chassis will carry sponsorship from Spira Fire Protection and MacKay Enterprises and will compete in the Pro Late Model division alongside fellow Canadians Kirk Hooker, Andrew Gresel, Marc & Jaxson Jacobs and Erica Thiering. 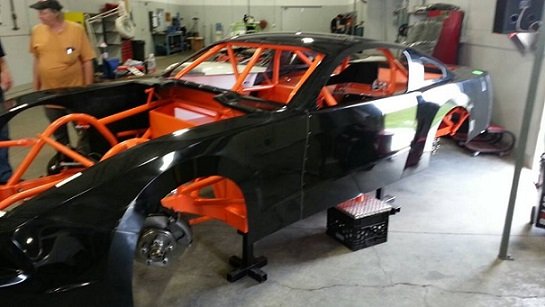 Sunset Speedway Super Stock veteran Mike Weeda has sent along these ‘in progress’ shots of his brand new McColl Racing Enterprises built chassis. ‘The Strut’ has planned a full season of competition at Sunset, after taking a hiatus from racing in 2013. The former Mini Stock regular will join Paul Geniole Jr and Dan Archibald on the list of drivers that have committed for a full season of competition. Fans can follow Weeda’s off-season progress via his @MikeWeeda Twitter account. 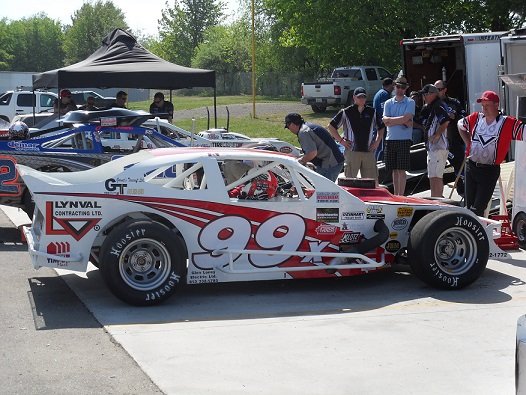 Bracebridge, ON driver Drew Stieler will compete for the 2014 Rookie of the Year title on the OSCAAR Modified Tour. The former Barrie Speedway Mini Stock standout will race for car owner Allen Adams. The team has acquired a chassis from former Mod Tour regular Tim Burke (above) and will run the full schedule, beginning with Round 1 at Sunset Speedway on May 18th. Sponsorship for Stieler’s freshman effort will come from Morton Metals, Adams Home Comfort, Dwinnel’s Delivery and Movers, Allstar Auto Body and TSS Top Shops. 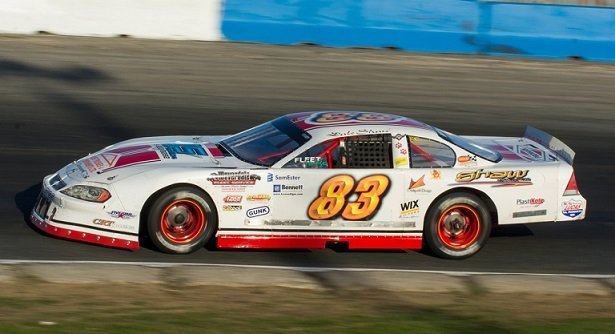 The Canadian Motorsports Expo is fast approaching, and Inside Track is proud to present the Young Guns panel for the 3rd straight year. The on-stage sit-down has included some of the top young stars in Ontario racing in seasons past, and Inside Track is excited to continue this tradition.

The third-generation star earned his first career Late Model victory in 2013, and will head into 2014 as a certified title contender at the Hamilton-area 1/3 mile. Fans are encouraged to follow Shaw on Twitter @DaleShaw83

Jackson Back In Action At GP3R

Courtney Mastin Finds the Racer Within