Kirk Hooker Will Be Back At New Smyrna Speedway Next Month

In the January 24th edition of Spencer Lewis’ Short Track Notebook, we bring you up to speed on the newest Canadian to file entry for New Smyrna’s World Series of Stock Car Racing, a returning Flamboro Speedway champion and the next member of the Inside Track Young Guns Panel at February 9th’s Canadian Motorsports Expo.

2005 ALSTAR Super Series champion Kirk Hooker will once again return to Florida’s New Smyrna Speedway for next month’s World Series of Asphalt. The Chatham, ON veteran will depart from his typical McColl Racing Enterprises ride, and instead field a Port City Racing chassis purchased from Missouri-based driver Robert Reeves midway through the 2013 season.

When asked about the chassis switch, Hooker admitted “I wanted to get back in an MRE car, but the deal didn’t fall in my lap”. Hooker will run the entirety of the mini-season, from February 14th – 22nd, with lauded crew chief Greg Gibson returning to call the shots for the Hooker Bros. Racing squad. 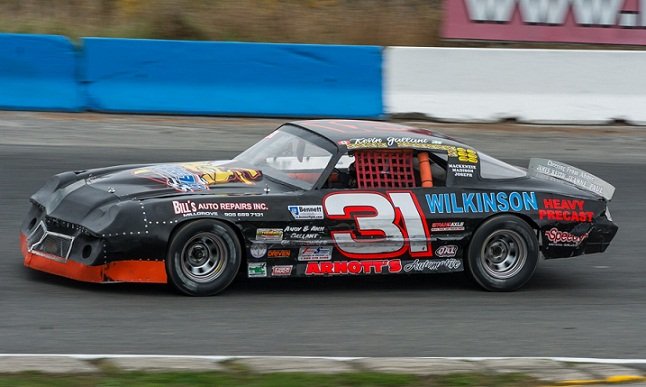 2013 Flamboro Speedway Thunder Car champion Kevin Gallant (above, by Thompson Photography) has confirmed he will return to Flamboro to defend his title in 2014. The Freelton, ON-based driver is also excited to announce that he will debut a brand new McColl Racing Enterprises-built chassis, when Flamboro opens its gates in April.

Gallant’s chassis will be built with a Camaro clip, with a number of updates performed by MRE’s industry-leading staff. After a 6 feature win season, Gallant is eager to return to Flamboro, and joins Dave Bailey and Brad Collison on the growing list of drivers who will race fulltime in 2014. 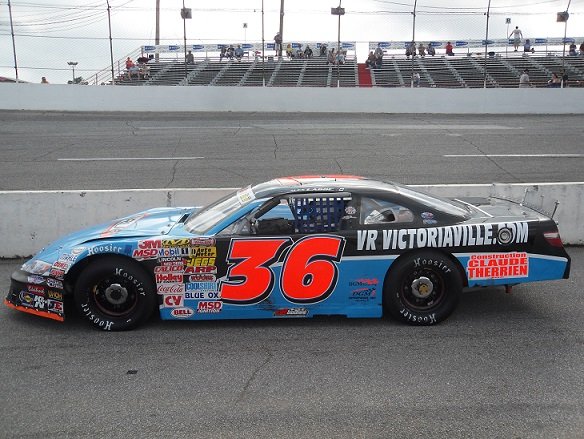 St-Albert, Quebec’s Alex Labbe was a breakout star on the ACT tour in 2013, turning heads en route to his runner-up finish in the final Serie ACT championship point standings. Recently, Labbe has made his foray into Super Late Model competition, beginning with a trip to 5 Flags Speedway’s Snowball Derby in December. Alex recently returned home from New Smyrna Speedway’s Pete Orr Memorial, and uploaded some on-board footage that shows the viewer just how fast the half-mile speedplant is. Click here for the video. 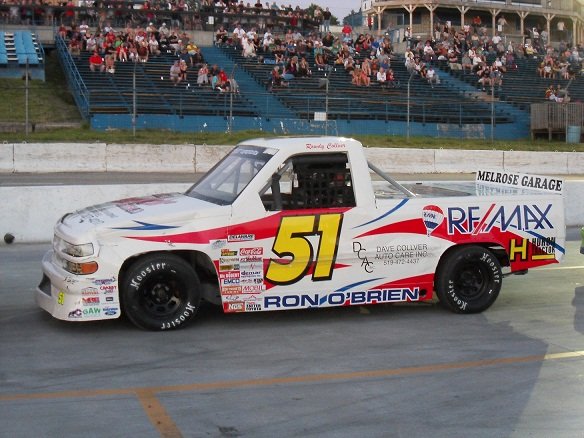 Earlier this week, we announced that Open Wheel Modified standout Shane Stickel was the first member of our Inside Track Motorsport News Young Guns panel, scheduled for February 9th at the Canadian Motorsports Expo. Stickel will be joined on stage by 5 other rising stars, the first of which will be none other than Delaware Speedway’s Trevor Collver.

The 18-year old Lucas, ON driver finished 3rd in Truck series points in 2013, highlighted by a feature win on September 27th. In 2014, Collver will compete for Rookie of the Year honours in Delaware’s Super Stock division. He will become the first member of the Delaware Truck division to appear on the Young Guns panel in its 3 year history. Follow Trevor on Twitter @TCollver51.