In the December 6th edition of Spencer Lewis’ Short Track Notebook, we stop in at 5 Flags Speedway’s Snowball Derby. We check in with Mike ‘Lights Out’ Bentley, Alex Guenette, Alex Labbe and Cole Powell after their first full day of testing and practice.

2013 Sunset Speedway champion – and 2-time Autumn Colours Classic winner – Mike ‘Lights Out’ Bentley is preparing for his first career Snowflake 100 appearance. The Guelph, ON driver has never raced outside of Ontario, and has teamed up with Streamline Race Products’ Shaun McWhirter to field a Grand American Race Cars chassis, against over 60 of North America’s top Pro Late Model competitors. After one day of testing, Bentley appears confident and ready for the rest of the weekend. Click here for the interview and follow Mike on Twitter @MikeBentley51.

2013 NASCAR Canadian Tire Series Rookie of the Year Alex Guenette has returned to Pro Late Model competition for the first time in over 10 months at the 2013 running of the Snowflake 100. The event has drawn an abundance of top tier Pro Late Model competitors from across North America. Alex took the time to speak with us at the end of practice on Day 1, to discuss the transition from the bigger, heavier NASCAR Canadian Tire Series cars to Late Models, the competition at the Snowflake 100, 5 Flags’ demanding surface and much more. Click here for the interview and follow @AlexGRacing on Twitter.com 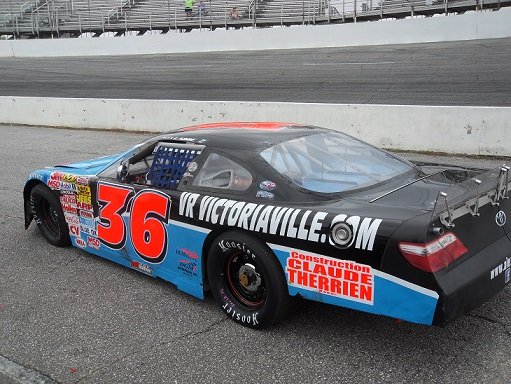 2013 Serie ACT tour runner-up Alex Labbe is looking to qualify for his first career Snowball Derby. Labbe was seen running alongside some of the division’s best for much of the day in practice, and chatted with us as the day wound down about his 2013 Port City chassis, his move over to the Super Late Model division, understanding 5 Flags Speedway and what its going to take to qualify for the 46th running of the Snowball Derby. The interview, in its entirety, can be found here. 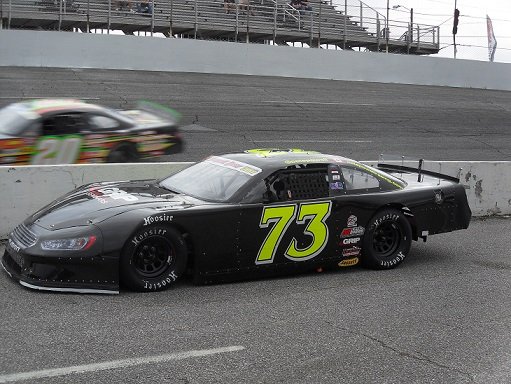 2013 NASCAR Whelen Modified Tour Rookie of the Year Cole Powell is back in a full fendered car for the Snowball Derby. The Mount Forest, ON driver is fielding a Hamke-built Super Late Model for Brad Keselowski Racing this weekend and was working feverishly to have his car in condition to run at the top of the charts when we caught up with him. Cole explains his relationship with BKR, his hands-on approach to the Derby, taking a ‘big swing’ at his Hamke chassis and what it would mean to qualify for the 46th running of North America’s biggest short track event. Click here for the interview and follow Cole on Twitter @ColePowell.

For 2021, Adam Turner Straps into a Dirt Late Model

Corey Earl Anxious For Another Shot To Close the Deal