OHSWEKEN, Ont. (June 3, 2022) – The third try at getting the 2022 season started was the charm at Ohsweken Speedway on Friday night; Dylan Westbrook, Darren Dryden, Dave Bailey, and Tyler Lafantaisie took the first A-Main wins in the first racing action at the track in nearly 1,000 days.

Kool Kidz-Corr/Pak 360 Sprint Cars
Ryan Turner and Mack DeMan made up the front row for the 20 lap 360 Sprint Car A-Main, and Turner took the early lead. Three time division champ Dylan Westbrook quickly moved up to take the lead from Turner, and then stayed up front through several restarts as Turner tried to regain the top spot. Westbrook took the 29th Ohsweken 360 Sprint Car win of his career while Turner took the runner-up spot, followed by Glenn Styres, Cory Turner, and row seven starter Aaron Turkey. Heat races for the 24 car field were claimed by Styres, Nick Sheridan, and Mack DeMan. Westbrook has been racing on the American Sprint Car Series National Tour for the last two seasons, and recently took over the top spot in North American 360 Sprint Car driver rankings. 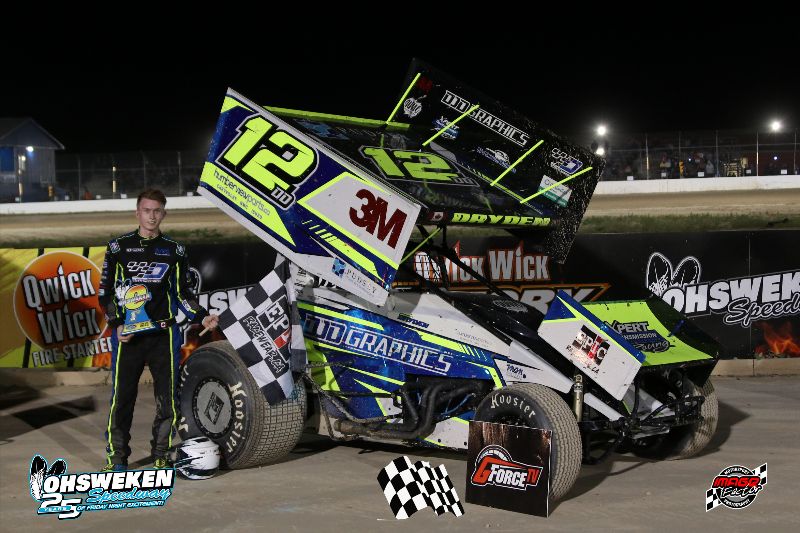 Jesse Costa and Tyler Ward were on the front row for the 20 lap Crate Sprint Car A-Main, but Darren Dryden made his way to the front and went on to take the first Ohsweken Crate Sprint Car win of his career. Costa stalked Dryden for several laps, but had a promising run around the high side negated by a yellow flag. Costa took the runner-up spot, followed by Lucas Smith, Eric Gledhill, and Curtis Gartly. Heat race wins for the 30 car field went to Costa, Brett Stratford, and Ward, while Terry Baker won the B-Main. Everyone at Ohsweken would like to send best wishes to Cam MacKinnon, who suffered an apparent arm injury in a grinding A-Main crash. 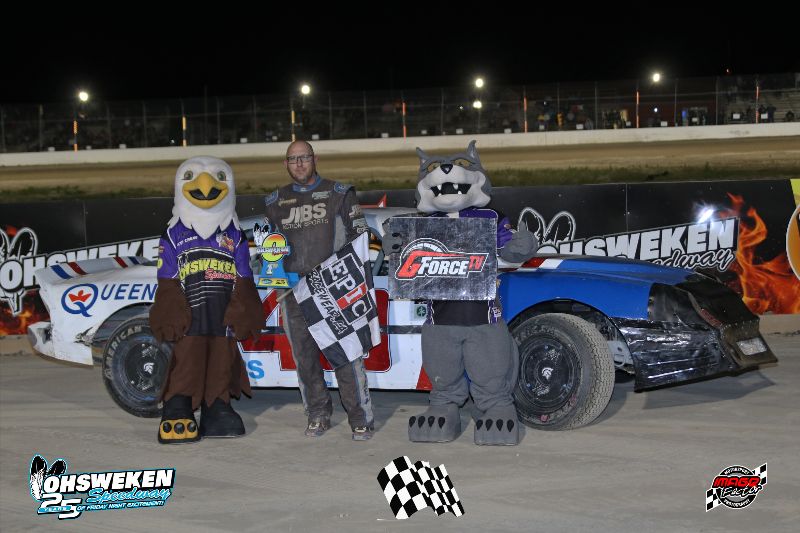 Dave Bailey and Ryan Beagle were front row starters for the 20 lap Thunder Stock A-Main, and Bailey was looking to start his pursuit of a sixth consecutive track championship off on the right foot. Beagle kept Bailey honest though, and used the middle groove to nose ahead of Bailey several times as the pair squared off through a spate of restarts. Bailey was trying to stick to the low groove but also used the space Beagle had shown him to lock down the 29th Ohsweken Thunder Stock win of his illustrious career. Beagle settled for the runner-up spot, followed by row ten starter Mike Klazinga, Mark Fawcett, and Chris Hale. Heat race wins for the 31 car field went to Bailey, Beagle, and Fawcett. 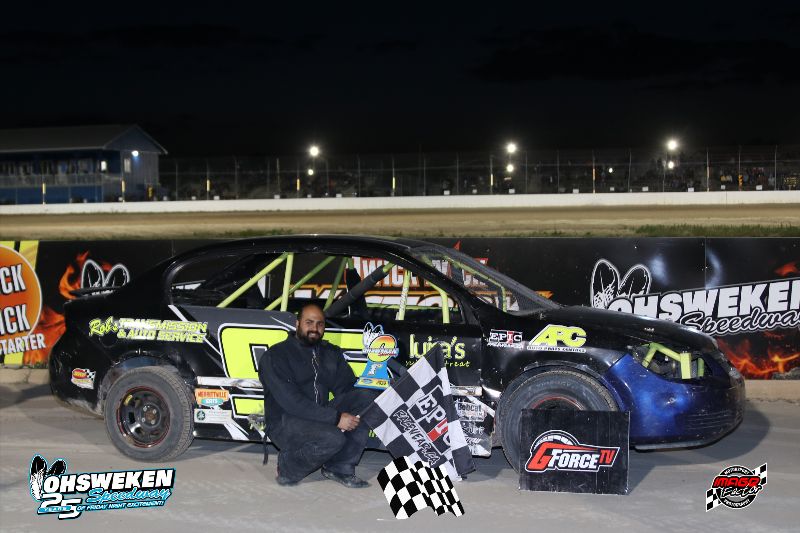 Dusty DeBoer and Eric Yorke had front row starting positions for the 15 lap Mini Stock A-Main, and DeBoer was looking for a strong start in defense of his title of reigning division champion. Tyler Lafantaisie had other ideas though, and was stalking DeBoer for the lead when Joey Wilcox spun in front of the leaders in turn two. DeBoer clipped the Wilcox machine with his right front but suffered minimal damage. The ensuing yellow flag gave Lafantaisie his opportunity to pounce though, and Tyler took advantage to take the lead and eventual win. Matt Nuell crossed the finish line in second, but was later disqualified for a technical infraction. Jeremy Hughes took the final podium spot while DeBoer settled for fourth, and Nick Erskine rounded out the top five. Heat races for the 30 car field were claimed by DeBoer, Yorke, and Nuell.