After a 2011 season that saw him claim both the first annual Delaware Speedway Matco Tools Showdown and the second edition of Sunset’s Velocity 250, Rob Clarke has announced he will return to the OSCAAR Super Late Model tour fulltime in 2012. The winningest OSCAAR driver in tour history, ‘Magic Shoes’ will chase the series championship for the first time since the 2007, in search of a record setting 6th OSCAAR championship. The London, ON-based veteran will get an early start to his 2012 season, when his car appears in the OSCAAR booth at the 6th annual Canadian Motorsports Expo from February 10th – 12th.

Fresh off the heels of an appearance at Watermelon Capital Speedway in Cordele, GA for the 2012 edition of Speedfest, Mount Brydges, ON teenager Cole Powell (car below) has now set his sights on a full slate of racing at the 46th edition of the World Series of Asphalt at New Smyrna Speedway. 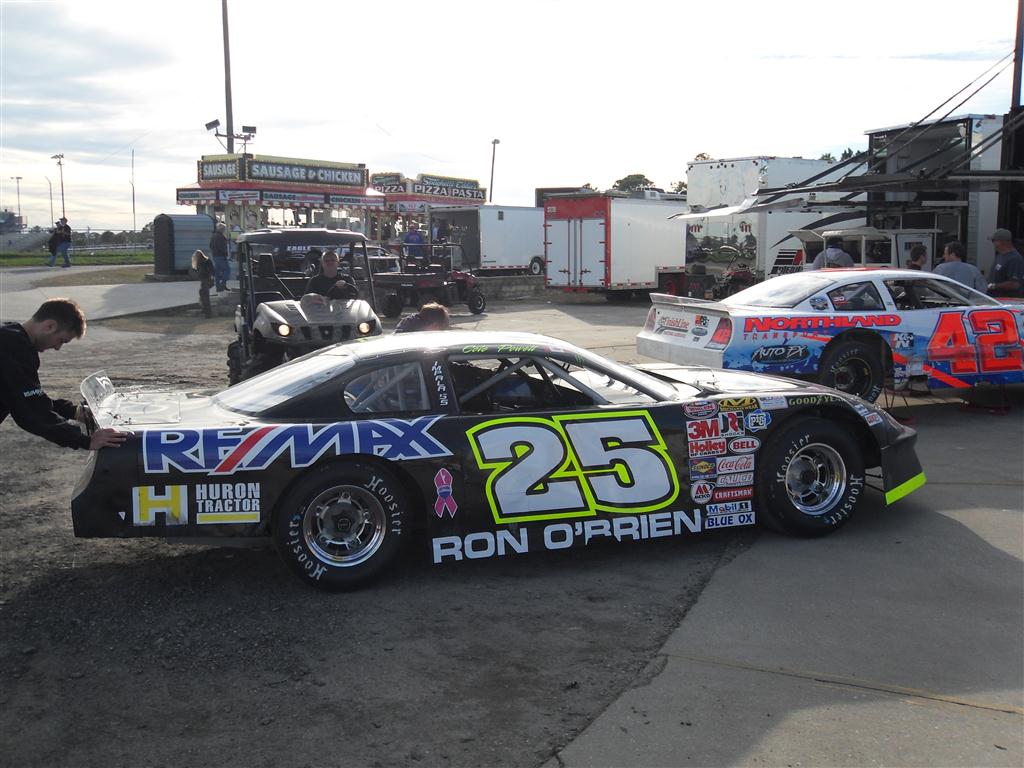 Already pre-registered for 8 nights of Pro Late Model competition, as well as select Tour-Type Modified appearances, Powell’s Copps Buildall and Tricar backed family team has announced they are now in negotiations with Florida legend Dick Anderson to put Cole in an Anderson-owned Super Late Model for the World Series. 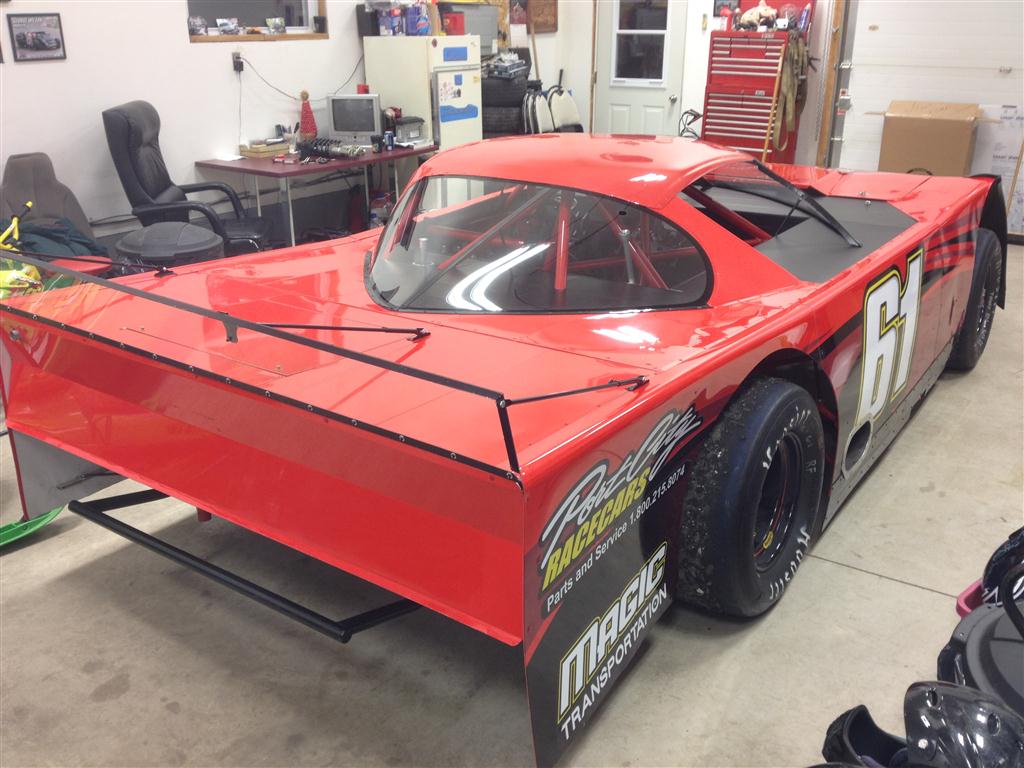 Inside Track has received the first look at Brandon Watson’s Knightworks Design lettered Pro Late Model (top), as his team wraps up preparations to depart for the 2012 World Series of Asphalt at New Smyrna Speedway. The team was not schedule to attend New Smyrna as late as December, but were able to put together a program to run all 8 nights with the aid of Shear Metal Products, Logel’s Auto Parts and The Smart Exchange – Propane Cylinder Exchange. 2012 will mark Watson’s third appearance at New Smyrna, finishing 9th overall in 2010 and 7th in 2011. Inside Track TV will have daily updates with Brandon throughout the 9 nights of competition.

After a successful run through the Sauble Speedway Thunder Car division, wildly popular Walkerton, ON driver ‘Marvellous’ Marvin Freiburger has purchased a brand new 2012 McColl Racing Enterprises Limited Late Model for the upcoming season. As typical for Freiburger, the entry will carry Ford power and a Mustang body, and will run the entire 2012 Sauble Speedway schedule in addition to Invitational appearances at Sunset and Peterborough throughout the summer. Freiburger will once again donate all monies earned throughout the season to the Easter Seals Foundation, after contributing a whopping $9200 to the charity in 2011.