“Last year we had a lot of growing pains,” said Steve Corriveau, driver of the Deuce. “We had no issues with the motor, but we did with everything else.” 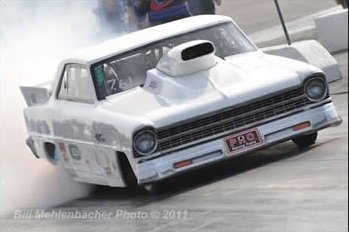 And although the team qualified at five Quick 32 Sportsman Series events in 2011, it struggled to get past the first round, but Corriveau added the transmission and nitrous issues have been all worked out.

“We got everything straightened out by the end of last year, and we were running some decent times in testing. Now we’re all ready to go. We just need some good weather.”

A 615-cubic inch Chevy Big Block from the shops of Dale Stroud and DSE power the car, which features an Induction Solutions two-stage nitrous system. Behind the engine on the TT Fabricating chassis is a Competition Transmissions Powerglide. Corriveau said the car will remain with the white body, but will feature some new graphics this season.

A drag racer for over 20 years, Corriveau has spent time behind the wheel of a dragster, and this year will be his fourth in the Quick 32 Sportsman Series, his third with the Chevy, as he started in 2009 with a Top Dragster.

Corriveau said he’s ready to take to the track, and is poised for some good laps.

“We’re very confident we’ll hit the ground running this year,” he said. “We should be in the high six-seconds.”

And he added that in this series, the competition continues to strengthen. 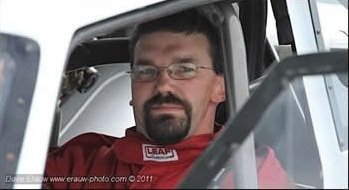 “Each year we go quicker and quicker, increasing the level,” he said.

“But it’s good to have a reason to go fast.”

Corriveau and the other Quick 32 Sportsman Series teams open their year with the May 18-20 running of the Victoria Day Challenge at the Cayuga Dragway of Toronto Motorsports Park.

The Quick 32 Sportsman Series’ companion series, the Pro Modified Racing Association, and the Pro Bike & Sled Series, will also be at Cayuga for this event.