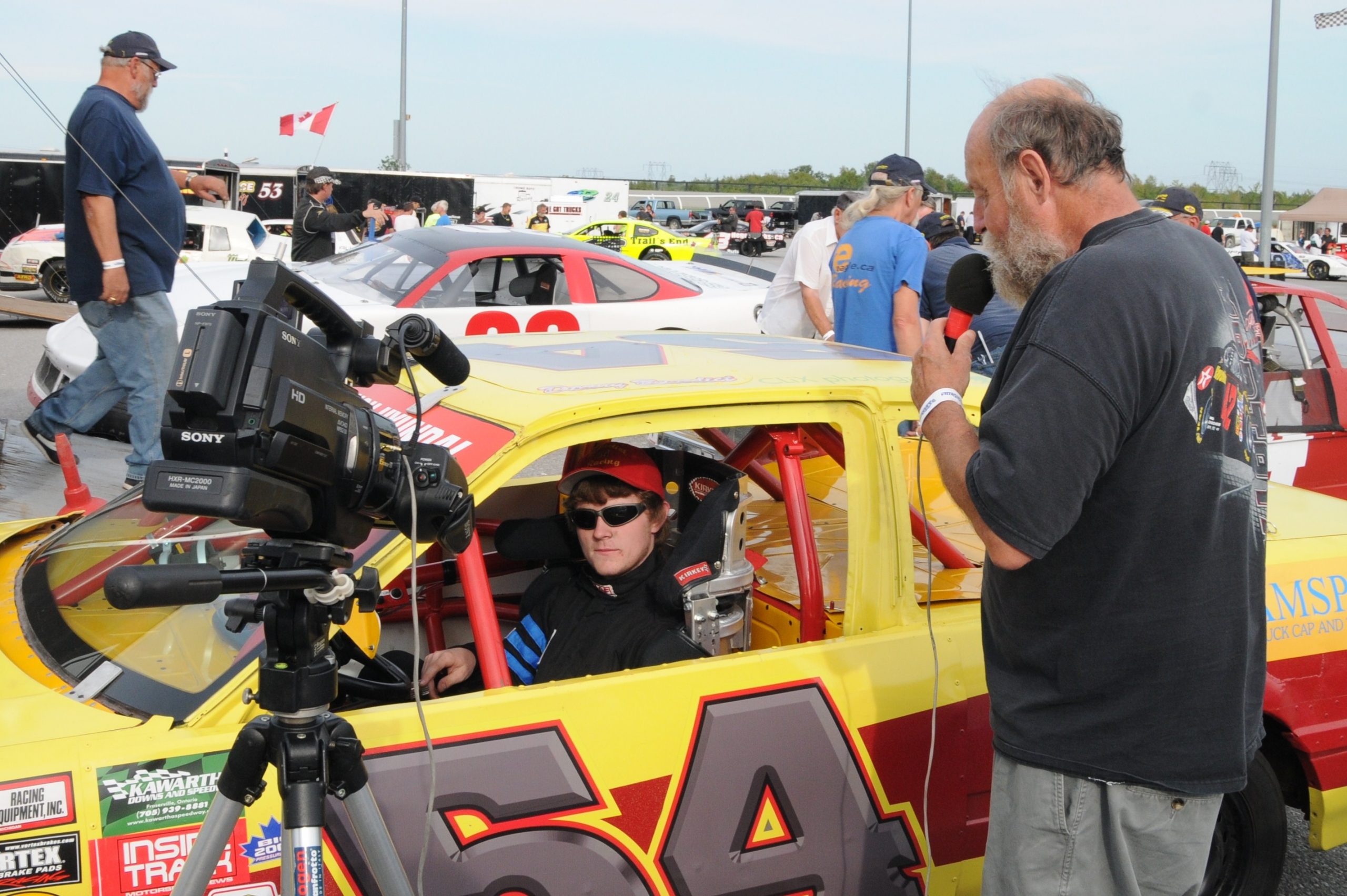 FRASERVILLE, ON – Every speedway around the world has one. A fixture: someone who although is always at the racetrack, but has never driven a lap in competition. At Kawartha Speedway, that fixture was Mike Johnson. An independent news videographer by profession, Johnson was best known for his car with just one front seat, multiple radio antennas on its roof and a number of scanners that monitored police, ambulance and fire broadcast frequencies.

Based in Lindsay, Ontario he regularly supplied accident, fire and other emergency-related video footage to television stations and networks in the Kawartha region and the GTA. Johnson also chronicled the on-track action at Kawartha Speedway, making the footage available to drivers, fans and speedway officials – as well as compiling a weekly DVD that aired on the Cogeco community television channels in Lindsay and Peterborough.

“This is a tremendous shock to everyone associated with the track,” said Kawartha Speedway General Manager and Promoter Derek Lynch. “Mike was a strong supporter of everything we did and his loss will be felt by us all.”

Mike Johnson is survived by his mother, Betty and his brother, Tom. Funeral services were held Thursday, December 29th at Stoddart Funeral Home in Lindsay. Kawartha Speedway’s drivers, team members, officials and staff send their condolences to the family.