2014 Delaware Speedway Pro Late Model champion Matt Pritiko has announced he will return to the Peterborough Speedway Autumn Colours Classic this season. The London, ON star has only made one previous ‘Classic’ start, securing a podium finish at the event in 2012. We asked Matt his thoughts as he prepares to head back for the 114-lap Pro Late Model event. Click here for Matt’s predictions and be sure to follow on Twitter @MattPritiko. 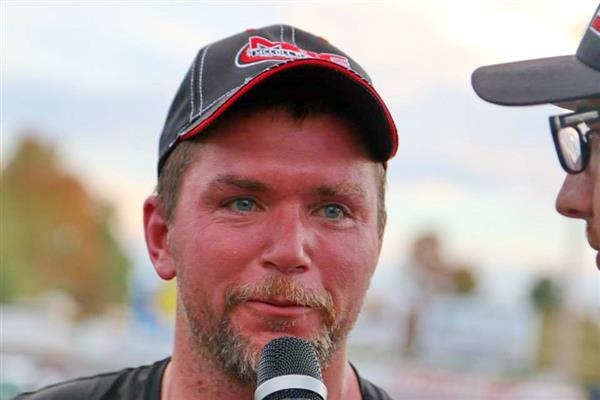 2014 Barrie Speedway Ltd. Late Model champion Gord Shepherd (above, by Ashley McCubbin) recently took the time to chat with us about the upcoming Peterborough Speedway Autumn Colours Classic event on October 10th, 11th and 12th. ‘The Smoke’ will stay busy throughout the 3-day event, fielding entries in both the Ltd. Late Model and Pro Late Model division, in search of his first career ‘Classic’ victory. Click here for Gord’s video preview and follow the Oro-Station, ON standout on Twitter @GordShepherd10.

The Lucas Oil Sportsman Cup Series will wrap up its 2014 campaign this weekend at Flamboro Speedway (click on the banner below for an updated weekend schedule!), as part of the Oktoberfest Classic. We asked sophomore competitor Mike Nelson (above, by Debbie-Jo Zardo) his thoughts entering the event, including his chances at a top-5 finish in points, his recent success at Flamboro and his strategy entering the event. Click here for Mike’s response and follow him on Twitter @NelsonRacing85.

OSCAAR Modified Tour rookie ‘Relentless’ Tommy Robb (above. by Dan Little) is looking forward to returning to Peterborough’s Autumn Colours Classic next weekend. The 2013 edition of the Crown Jewel event saw Robb post a top-5 finish in his first career event with the upstart tour. We had a chance to ask Tommy about the upcoming event, and he gave his thoughts and predictions in a video preview that can be found here. To learn more about Tommy, follow him on Twitter @Relentless88R.

Cathcart With a Career Best In Newfoundland