'The Sidewinder' Matt Spence's Ride For 2014

2014 Peterborough Speedway Rookie of the Year contender Matt Spence has given us our first look at his newly acquired Limited Late Model. The former Kawartha Thunder Car champion purchased a chassis from Bryan Sudsbury at the closing of the 2013 season, and will compete fulltime at Peterborough on Saturday nights. 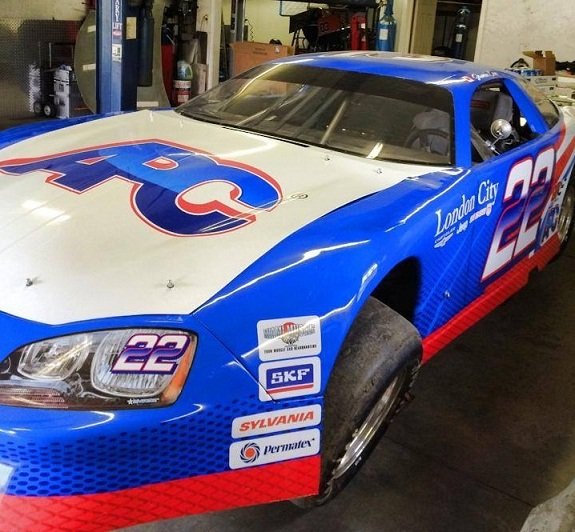 Here’s our first look at 2013 Delaware Speedway Late Model champion Jamie Cox’s ride for this season. The Dorchester, ON driver will kick off his 2014 campaign at Sunset, at May 10th’s APC 100 event. Cox will carry sponsorship from APC and Total, and will compete alongside a bevy of Pro and Limited Late Model stars in the extended distance event, including Jason Shaw, Mike Bentley, Cole Powell, Dwayne Baker and Ryan Kimball. Be sure to keep up with the team via their Jamie Cox Racing / RCR Facebook page. 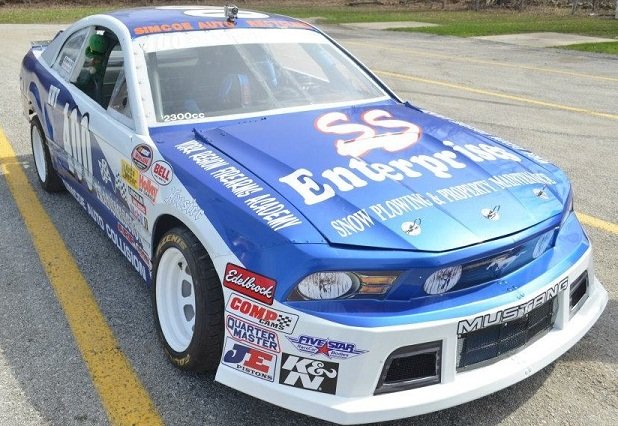 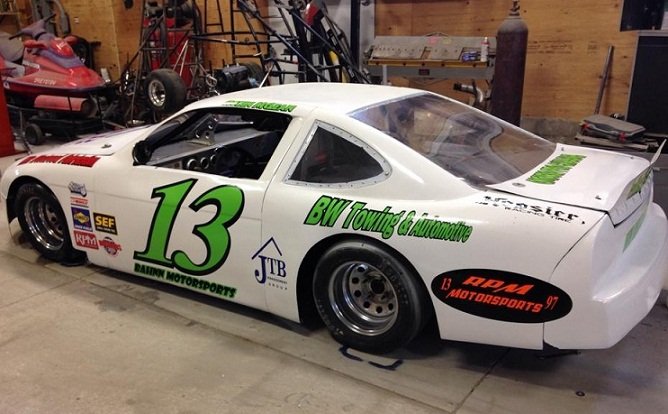 2013 Hurricane Midgets champion Robin McLean has sent along the debut photo of his newly acquired Ontario Pro Challenge Series car. McLean will compete with the OPC series on dates that do not conflict with his Hurricane Midget schedule, and will make his debut with the car this weekend at Sunset Speedway. Marketing support for Robin’s Ontario Pro Challenge Series effort courtesy of Bahnn Motorsports, JTB Management Group, BW Towing, Mike Westwood Fabrication, Roblat Precision Machining and RPM Race Engines. Fans can follow Robin on Twitter @Robin0097. 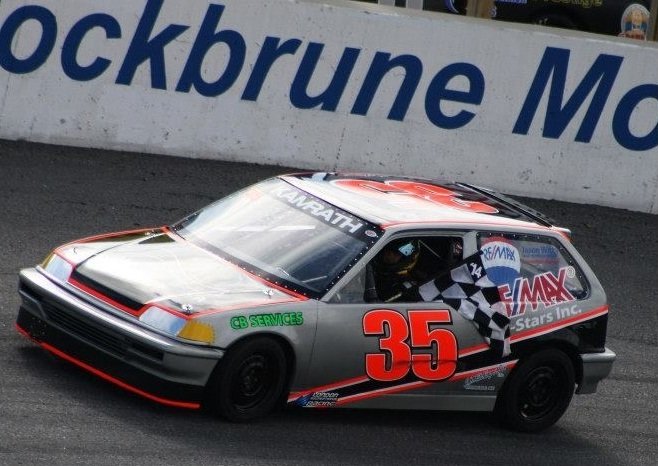 ‘The Instant Classic’ Andy Kamrath recently took the time to chat with us about this summer’s Mini Stock Nationals event, schedule for Kawartha Speedway on June 1st and July 13th. The Innisfil, ON-based driver discusses his move to the Mini Stock class, what the ‘Nationals’ means to the division and the prestige associated with winning the first even on June 1st. Click here for the interview and follow Andy on Twitter @AndyKamrath35. 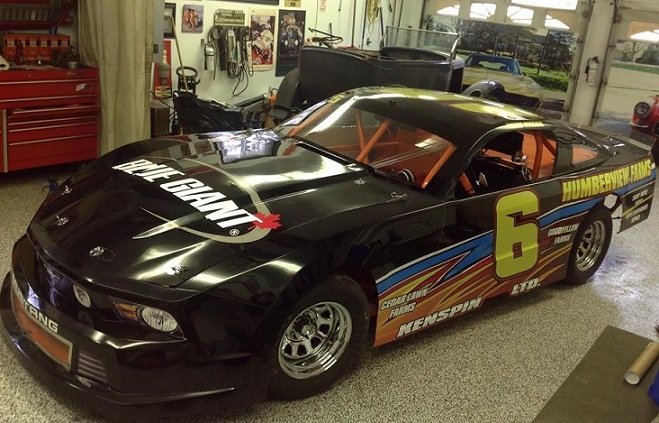 Sunset Speedway Super Stock competitor Mike ‘The Strut’ Weeda has uploaded some phenomenal on-board footage from May 4th’s Spring Derby 50 presented by Great Lakes Concrete. The Bolton, ON driver debuted a brand new McColl Racing Enterprises, and has assured us he’ll have GoPro footage of each event he enters this season. Click here for the video, and follow ‘The Strut’ on Twitter @MikeWeeda.