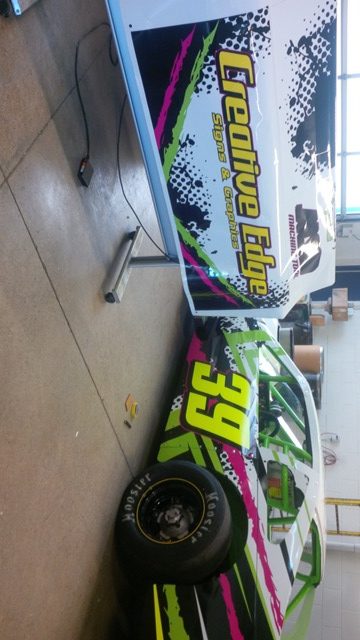 2-time Kawartha Speedway Thunder Car champion ‘Fast Time’ Willie Reyns will return to action with the Frank Kimmel Street Stock Nationals series this Friday (July 12th) at Iowa Speedway. Reyns and his team will make the 1,400+ km trip from their shop in Port Hope to Iowa Speedway in search of their first career Street Stock Nationals victory. Reyns last appearance with the series came at Rockingham Speedway in April, where ‘Fast Time’ notched a 7th place finish after charging from the back of the pack late in the 100-lap affair. Fans can keep up with Reyns via his team’s www.ReynsRacing87.com website as well as his @Reyns87 Twitter account. 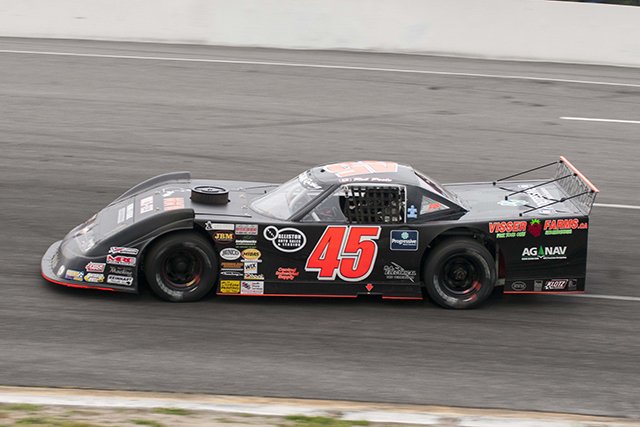 After experiencing engine troubles in the waning laps of June 30th’s Don Biederman Memorial at Sunset Speedway, OSCAAR Super Late Model Tour sophomore Rob Poole (above, by Pamela Guppy) has confirmed his team will not be in action when the tour roars into Sauble Speedway on July 13th. ‘The Professional’ is in the midst of acquiring a new powerplant for the remainder of the 2013 season, and is unsure of when his team will return to action. To keep up with Poole throughout the season, be sure to follow him on Twitter @RPR45. 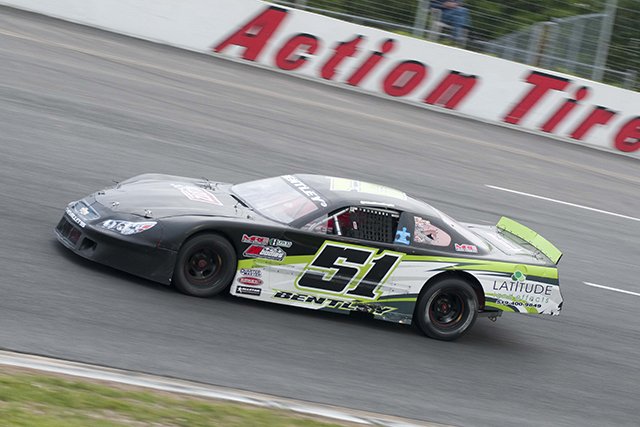 Mike ‘Lights Out’ Bentley (above, by Pamela Guppy) recently spoke with us about the Sauble vs Sunset ‘Home and Home Series’. The 2-time Garry Reynolds Memorial winner recaps the first round of the series at Sauble on June 29th, then offers his predictions for Round 2, scheduled for Sunset on July 13th. Bentley’s informative analysis can be found here. 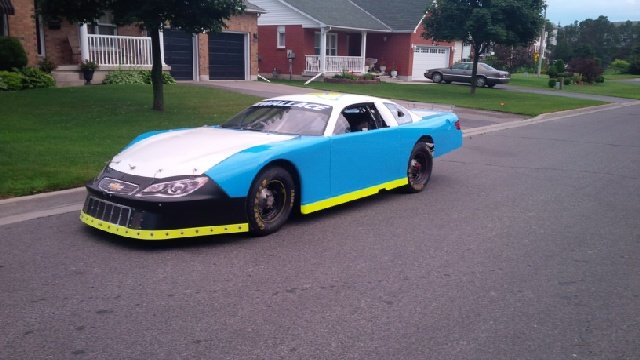 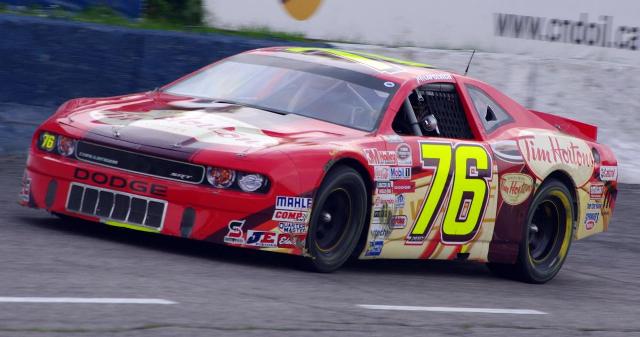 We caught up with NASCAR Canadian Tire Series front-runner Jeff Lapcevich (above, by Greg MacPherson) post-race at Circuit ICAR on July 7th. The Grimsby, ON veteran talked about his 5th place run, his unfortunate rash of equipment breakdowns, his new road course chassis and where he feels his program is headed. Check the interview out here. Two weeks after making his 2013 debut, OSCAAR Super Late Model sophomore Quinn Misener (above, by Thompson Photography) has announced he will take part in Round 5 of the tour at Sauble Speedway on July 13th. The third-generation driver will carry sponsorship from Jenco Equipment as he looks to start his second career Sauble event.

Multi-time Delaware Speedway feature winner Jonathan Urlin will make his return to Late Model competition on July 21st at Airborne Speedway in Plattsburgh, NY. Urlin and his wife Sandra recently celebrated the birth of their first child, a son named Hudson, that has kept the second-generation star away from competition through the early portion of 2013. Urlin will join a slew of fellow Canadians, as he looks to qualify for Airborne’s ACT-sanctioned ‘International 500’ event. The race, divided amongst three 100-lap segments, carries a total purse of $140,000 and is likely to attract close to 100 competitors from across Ontario, Quebec and the American Northeast. 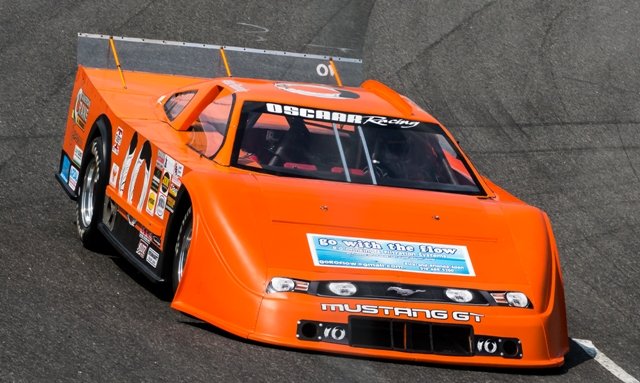 Former Delaware Speedway Late Model champion Jesse Kennedy (above, by Thompson Photography) will return to Pro Late Model competition this Friday (July 12th), when Delaware hosts the ‘Delaware 75’. The invitational will serve as the unofficial rescheduling of the speedway’s rained out Canada Day weekend race. ‘The Big Game Hunter’ had initially planned to head to Sauble Speedway on July 13th for OSCAAR Super Late Model Tour competition, however the engine problems that kept the Cameron Crane-supported team from the Don Biederman Memorial two weeks ago, will have Kennedy on the sidelines until the tour hits Flamboro Speedway on July 20th.