In the December 30th edition of Spencer Lewis’ Short Track Notebook, we take a look at Mini Stock standout Kevin Bridge’s new project for 2015, catch up with Thunder Car champion Chad Eden and offer a sneak peek at Jordan Latimer and Brandon McConnell’s operations for the upcoming season.

After a number of years spent accruing victories in the Mini Stock division, Sauble Speedway regular Kevin Bridge is working hard to prepare for his freshman campaign behind the wheel of a Thunder Car. The Kincardine, ON driver confirmed early in the off-season that his team had acquired a car from former Barrie Speedway champion Jim Beleskey. Bridge recently sent along these in progress photos of his new ride, as work continues to make sure the #17 is ready for Sauble’s opening night.

GET YOUR MOTORAMA TICKETS HERE… Click on the link below to purchase Motorama Tickets. 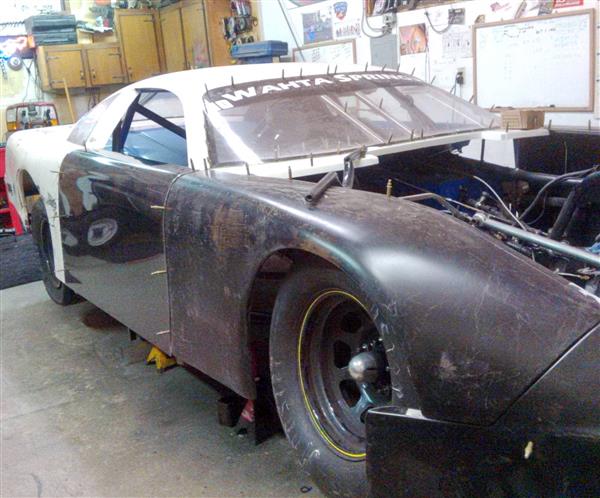 Here’s a sneak peek at Jordan Latimer’s ride for the 2015 Barrie Speedway season. The 16-year old will campaign a car co-owned by Gord Shepherd’s Ridge Road Racing outfit and Krueger Electric owner Ken Semkin. The team has worked tirelessly preparing for Latimer’s freshman year in the Ltd. Late Model division, after the third-generation star earned Rookie of the Year honours in the Barrie Thunder Car division last Summer. Latimer will carry sponsorship from Kitchen Tire, Tax Smart, Get Jack @ RE/MAX and Krueger Electric. Fans can keep up with Jordan and the rest of the team on via the JL Motorsports page on Facebook or by following Jordan on Twitter @LatimerJordan. 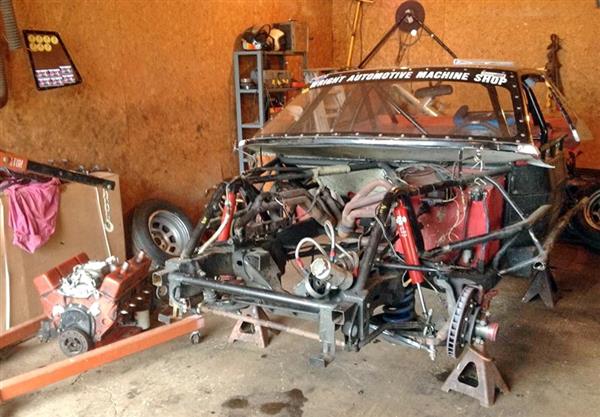 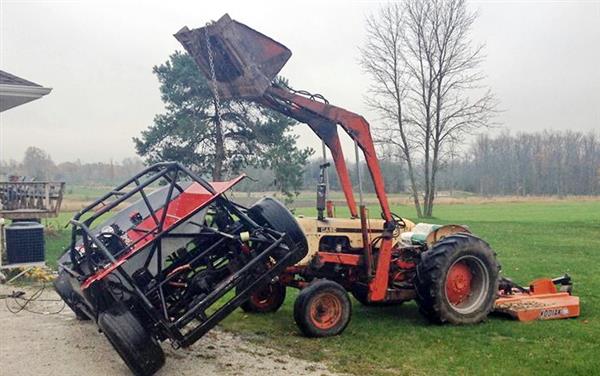 Sauble Speedway up-and-comer Brandon McConnell has sent along these ‘in progress’ shots of his off-season work. The Allenford, ON youngster will return to the Thunder Car division for a fulltime effort in 2015, with hopes of earning his first career Sauble championship. The 24-year old impressed at the 2014 edition of Peterborough’s Autumn Colours Classic, winning a preliminary heat race before finishing 5th in the 50-lap feature event. McConnell hopes to launch a touring program in 2015, in addition to his weekly commitments at Sauble. Marketing support for his upcoming season will come from Town and Country Garden Center, Gavillers and Company, Freiburger Communication, Chemaqua Canada, Aaron Knapp Trucking, Wright Automotive Machine Shop, Chatty Café and Chatty Pizza.

Here’s a previously unreleased interview featuring former Sauble Speedway Thunder Car champion Chad Eden (above, by Dan Little). The Varney, ON veteran talks about his 2013 track championship, his ambitions within the division since winning the title and what his future plans are. Click here for the video interview.