OSCAAR Super Late Model rookie Kevin Cornelius has confirmed he will be out of action until Sunset Speedway’s Velocity weekend on September 28th & 29th. Cornelius recently suffered a workplace-related injury, heavily damaging his right hand. The injury will remove Cornelius from contention for OSCAAR’s 2013 Rookie of the Year title, and puts the Orangeville, ON driver out of action at a time when his streak of consistent finishes had many industry personalities pointing to him as the surprise of the 2013 OSCAAR season. Updates on Cornelius’ recovery can be found on his team site www.KDRMotorsports.ca. Kevin’s 2013 campaign is made possible thanks to Halton Crushed Stone, Lee Sand and Gravel, Hanson Concrete, Sandbox Tech Child Care, Alliston Transmission, Ed’s Automotive, Triple Concrete and MacMaster Buick GMC for their support. Follow Cornelius on Twitter @KDR_Motorsports. 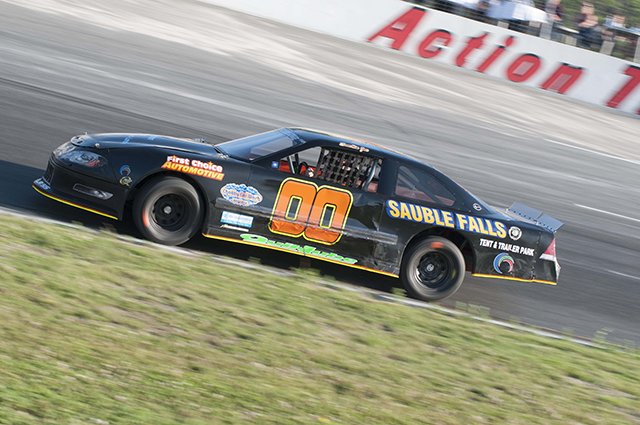 Here’s our interview with Lucas Oil TQ Can-Am Midget front runner Corey Moesker (above, by Thompson Photography). The Wyoming, ON driver has visited victory lane twice in 2013, and took the time to tell us all about his program this season, his success at Sunset Speedway and why he decided to follow the full schedule through 2013. Click here for our talk with Corey and be sure to follow Moesker on Twitter @RacerMoose . 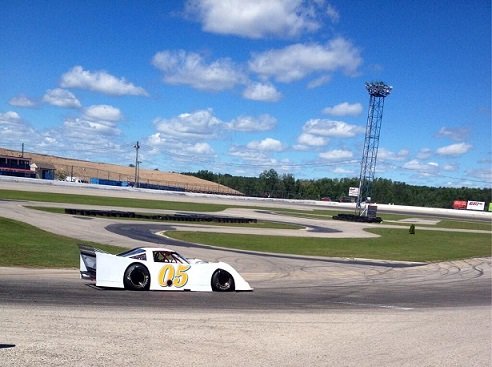 Brad Corcoran (above, by Rebecca Corcoran) has released the first images of his OSCAAR Super Late Model in preparation for its debut this weekend at Peterborough Speedway. The Hamke chassis was originally purchased from Ryan Blaney at the onset of the 2012 season, and has been converted to full OSCAAR specifications, after being run as a Pro Late Model for several of Corcoran’s outings. Corcoran will compete against fellow rookies Andrew Gresel, JR Fitzpatrick and Sean Cronan at Peterborough, as his team continues their quest for their first ever OSCAAR victory. We caught up with Must See Racing Xtreme Sprint Series regular and ISMA Super Modified part-timer Ryan Litt at the recent ISMA event at Sunset Speedway. The London, ON driver explained the significance of racing in Ontario, his success on the ‘Must See..’ tour in 2013, his recent victory at 5 Flags Speedway in Pensacola, FL and more. To view the 1 on 1 interview, click here. Here’s our interview with 3-time Valenti Modified Series champion and former ISMA Super Modified Rookie of the Year Jon McKennedy (above, by Thompson Photography). The Chelmsford, MA driver tell us about the tour’s inaugural visit to Sunset Speedway, the success of his short track program and explains the differences between the big block Super Modifieds and their small block counterparts. Check out the interview here.

If you haven’t caught Volume 1 of our brand new ‘Bench Racing’ series, be sure to check it out. The inaugural edition features Sunset Speedway Ltd. Late Model regular Andy Kamrath and NASCAR Canadian Tire Series car chief Graham Annis. We talk about the state of short track racing in Ontario, 2013’s surprises, breakout stars and more! The 20-minute video can be found on our Youtube channel here.