by Shayna Keller
in Breaking News
0

The Mopar Canadian Nationals will feature three-days of professional and sportsman racing on the quarter-mile. The world’s best racers in AMSOIL Nitro Funny Car, Nitro Motorcycle, Pro Modified and Pro Stock will continue their points battle for the IHRA World Championship and they will be joined by Top Fuel dragsters. The Canadian teams of Paton and Maier will go up against IHRA Top Fuel Champion Bruce Litton and former European Champion Smax Smith in the Leverich Top Fueler.

The racing action doesn’t stop there as the Nostalgia Hemi Super Stocks, Outlaw Sleds and sportsman racers will run in conjunction with the professional competition. Fans will also witness flames and sparks, as a jet truck and fireworks close out the night on Saturday.

Grand Bend Motorplex is located an hour from several Canadian and US major markets and is just minutes from the beaches of Grand Bend. The 407-acre property is a multi-purpose property with a 1/4-mile dragstrip, paved oval, road course and motocross facility. The Mopar Canadian Nationals presented by Williams Racing is credited as being the largest drag racing event in Ontario. 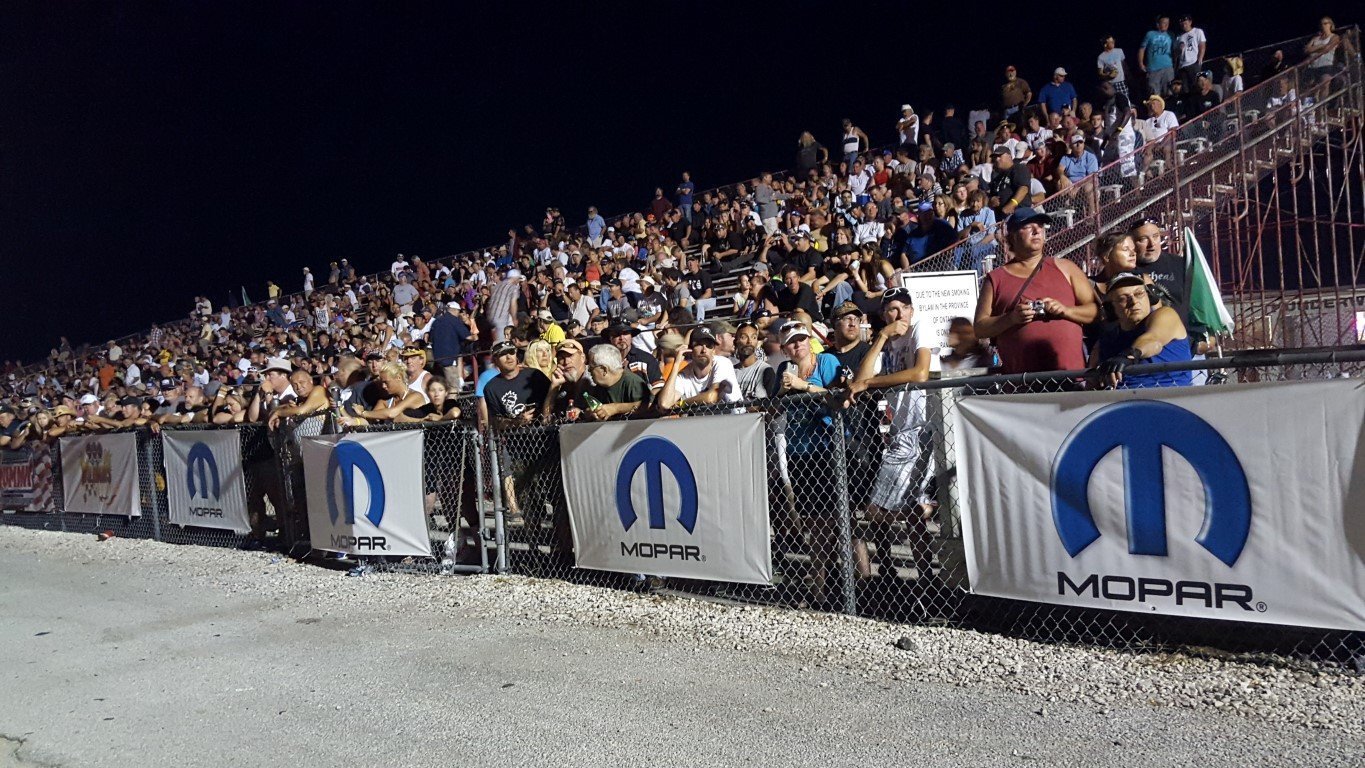 • Canadian-born AMSOIL Nitro Funny Car driver Tim Boychuk took home the Ironman at last weekend’s President’s Cup Nationals Fueled by Sunoco.The win marked his first since March 2015 and catapulted him to fourth in the point standings; 33 points out of first-place.

• The 2015 winners of the Mopar Canadian Nationals include:

About IHRA: The IHRA is owned and operated by IRG Sports + Entertainment™, a TPG Lending portfolio company. The International Hot Rod Association™ (IHRA) promotes professional and sportsman racing for drivers of all levels. Headquartered in Norwalk, Ohio, the IHRA sanctions more than 100 motorsport facilities in the United States, Canada and Australia and has more than 14,000 racers as members. The IHRA Drag Racing Series stars the fastest and loudest race machines on the planet with multiple events a year. The IHRA also oversees multiple sportsman racing programs including the Summit Racing Equipment Pro-Am Tour, Summit Racing Equipment Super Series, and Summit Racing Equipment Tournament of Champions. For more information, visit www.IHRA.com, www.IHRADRS.com or connect with us on Facebook/IHRAMotorsports, Twitter @IHRA or Instagram @IHRADRS.

Inside Track TV: The 2021 NASCAR Pinty’s Series on TSN