by Jeff Morgan
in Feature Stories
0 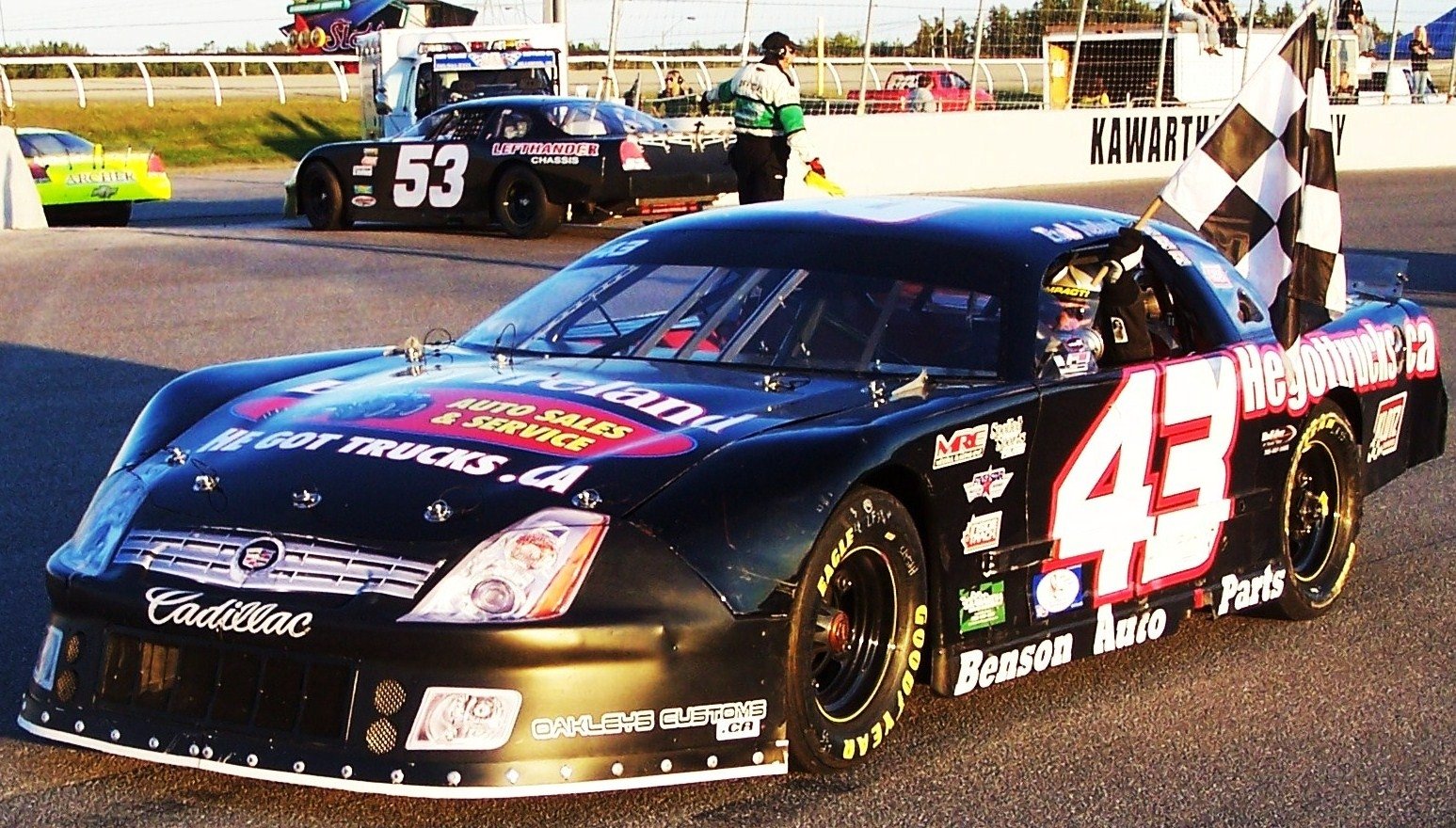 Every racer looks for an edge. The certain elements that will help them get the most out of their abilities and equipment. No matter how many changes you make to the chassis, spring rate, suspension components or tire pressures, there is little that will help their overall performance as much as experience. Even though he’d been active at the controls of sportsman, super late model, OSCAAR, Flex-Mor Series and OSLR equipment since 1987, Earl Ireland faced a steep learning curve when he returned to the driver’s seat to start the 2010 season at Kawartha Speedway. The Peterborough, ON auto dealer may have struggled through his inaugural year in the NAPA Auto Parts ACT Late Model division, but he found his niche and earned a seventh place finish in the final 2011 standings.

“I didn’t forget how to drive, but there were times that first year back that I certainly felt like a rookie out there,” said Ireland. “The cars were faster and the level of competition was much higher than I remembered. I needed to adjust my driving style to be able to keep up. Once I got things sorted out, my confidence level increased and I feel like a main event win is just around the corner.”

As the second half of the season came to a close, the 47 year-old made-up for lost time by recording a solid string of top ten and top five finishes. Some hard work behind the scenes by Chris Mitchell, Bernie Reynolds, Stephen Lillico, Mike Rusher and his wife Stacey helped erase the hard luck from earlier in the year as the Earl Ireland Auto Sales/Dent Dynamics/Klotz Racing Fuels/Benson Auto Parts/Kawartha Consulting #43 McColl chassis Cadillac CTS bodied late model made its mark in the Fraserville oval’s headline division.

“We skipped a couple of nights in 2010 and probably didn’t take things as seriously as we should have,” said Ireland. “Running a track like Kawartha – where you’re competing against some of the best in business – you really need to do your homework and make sure your equipment is the best it can be every week. We stepped-up our program this year and I think it showed in the results we were able to accomplish.”

Even after stepping away from the driver’s seat in 2002 to spend more time at his business, Ireland never lost interest in the sport. He says he enjoys the schedule, camaraderie and level of competition at Kawartha. More than just a racer, he has also added sponsorship to the track by lending his name to the 2011 edition of the team challenge. Future plans include chasing the dream of a main event win and eventually introducing his son Kooper into the driving ranks, when he’s ready. Even with its highs and lows, Ireland says he’s seldom discouraged when it comes to racing.

“I’ve met some amazing people and made some great friends over the years. I can see racing as a part of my life for many years to come.”

Be sure to visit www.kawarthaspeedway.com for details on the on-line voting for most improved and most sportsmanlike drivers in each of the three regular divisions. Winners will be announced at the annual awards banquet Saturday, January 14. The 2012 season kicks-off Sunday, February 5 with the third edition of the Long John 200 Endurance event. Kawartha Speedway will also be part of the Canadian Motorsports Expo – presented by Inside Track Motorsport News – February 10, 11 and 12 at the International Centre in Toronto. See www.canadianmotorsportsexpo.com for the full schedule.

Track management and officials would like to thank everyone – all drivers, crew members, families, friends and fans – for an exciting year in 2011and extend their best wishes for a happy and safe festive season.

Earl Ireland’s program came together in the second half of the year and the Peterborough racer earned a seventh place point finish in Kawartha’s NAPA Auto Parts ACT Late Model division.

THE CANADIAN MOTORSPORTS EXPO RETURNS FOR A SIXTH YEAR WITH A NEW DATE AND A BIGGER VENUE!