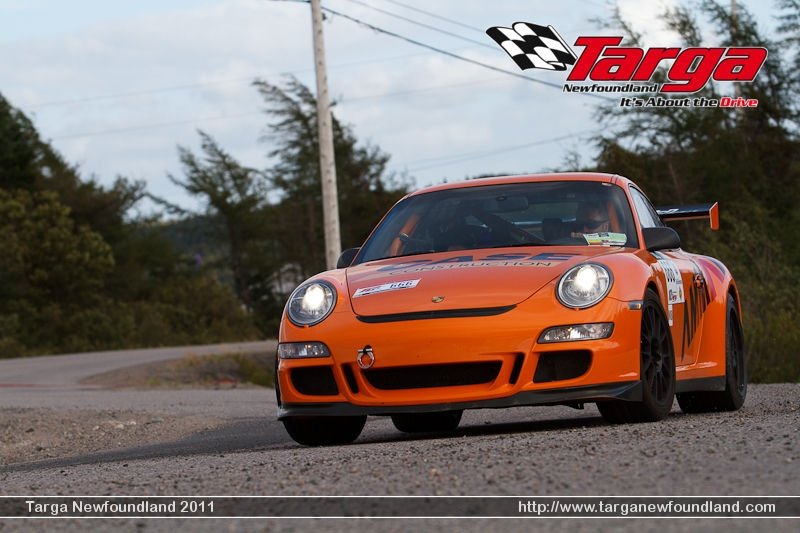 ST. JOHN’S (January 18, 2012) – An exciting new competitive stage in the community of Freshwater, changes to the nearby Carbonear stage and the return of the popular stage and lunch stop in the Town of Burin have been added to the route of the 2012 edition of Targa Newfoundland.

The Town of Burin returns to the Targa route after a five-year absence. A competitor favourite for its challenging road and the beautiful setting for the lunch stop at the Oldest Colony Trust facility, the Burin stage will be one of the highlights of the fourth day of the competition.

The Town of Burin council approved a proposal to host the stage and luncheon at a meeting January 16, 2012.

The new competitive stage in the Local Service District of Freshwater is a five kilometre challenge added to the final day of the rally. A brand new stage, it uses the streets and roads of the town and is scheduled between the first and second stages at nearby Carbonear. The new stage is sure to test both experienced competitors and newcomers alike.

“We are delighted to have the Town of Burin return to the schedule. The stage has always been very popular with competitors, and the lunch stop location at the Oldest Colony Trust is one of the most picturesque and historic in Newfoundland,” says Targa organizer Robert Giannou. “And the addition of the new stage at Freshwater takes us to a community with new fans and a new driving challenge in the crucial final hours of the event.”

“Changes to Carbonear came from recommendations by the town officials, whose intimate knowledge of the area has helped make this an even more exciting stage,” says Giannou.

“The Targa Newfoundland route is always changing and evolving. It’s a mix of familiar and new that keeps the competitive challenge fresh,” Giannou concludes.

Owned and operated by Newfoundland International Motorsports Limited, Targa Newfoundland is one of three internationally recognized Targa motorsports events in the world. The 2012 competition starts in St. John’s on September 8 and concludes back in the capital on September 15. The 11th annual rally will cover more than 2,000 kilometres of the challenging, twisty roads of the central and eastern portion of Newfoundland, including up to 450 kilometres of closed-road, flat-out Targa stages.

Targa Newfoundland Planning For The Future