BRIGHTON: Winged Warriors back to the track

Fans filled the stands Saturday in anticipation of the fourth visit of the Southern Ontario Sprint cars to Brighton Speedway on Star 93.3 night. The weather was hot and the action on the track was even hotter as eighteen SOS drivers put on a fast paced show that went green to checker without a caution.

#11 Chris Jones and #07 Dain Naida led the field to green in the Sanderson Tire and Automotive feature event. Jones, a local favorite, jumped out to the early lead on the low side and Naida would work the high side. Jones would hold the lead till lap six when Naida would take the lead coming out of Turn 4. Jones would not give up easily though and battled back to the lead on lap eight, however that would be short-lived as the two leaders would start to approach lapped traffic. Jones would get caught up on the bottom while Naida would find a hole through the busy lapped traffic. By the halfway mark, Naida had grabbed the lead and did not look back as he started to check out on the field. Naida crossed the line for the checkered flag. Jones maintained second under pressure from the previous winner #7x Jamie Collard while #51 Lee Ladouceur and #57 Charlie Sandercock would make their way around the #42 Rick Wilson into forth and fifth respectively. 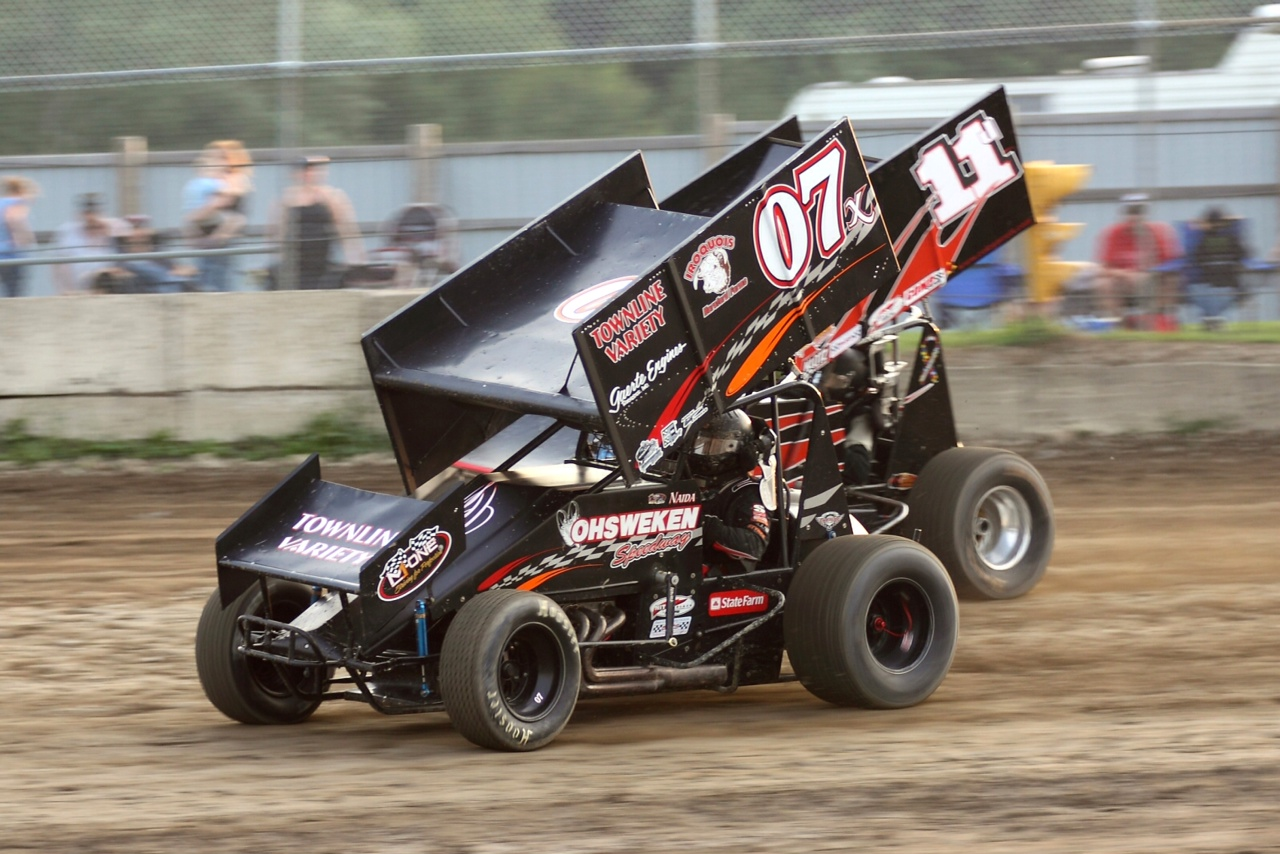 In the Vanderlaan Building Supplies Late Models it was #25 Greg Belyea picking up his third win of the season and moving himself into third place in the points battle however, current points leader #11 Corey Earl maintained his consistent streak of top 5 finishes with a second place finish while #09 Mat Vanderlandin picked up a top three finish.

#72 Doug Anderson won the Brighton Automotive Pro Stocks and #12 Adam Whaley held off some stiff competition to win his second Bainer’s Radiator Modified feature. #23 Matt Hatley picked up his first win of his career in the Bill’s Johns Comp 4 division and earned himself the honours of Campbellford Chrysler Driver of the Week.