WEEDSPORT, NY – ​​The Super DIRTcar Series returns to Weedsport Speedway on Sunday, July 25, for the Hall of Fame 100 – a $10,000-to-win NAPA Super DIRT Week XLIX Qualifier for the Billy Whittaker Cars 200. It’s an event that bears its name from another historic event that takes place three days prior.

On Thursday, July 22, two of the Series’ biggest stars will be inducted in the Northeast Dirt Hall of Fame, located directly in front of the state-of-the-art speedway. They are the all-time Series champion and Feature win leader Brett “The Jett” Hearn and Series veteran Pat Ward, who has five Super DIRTcar Series win and a plethora of trophies from tracks across the Northeast.

Ward, the “Genoa Giant,” was also partially responsible for building the foundation of Dirt Modified racing with his history as a chassis builder.

“Pat Ward has done a lot for the modified division,” said Ward’s Gypsum Racing teammate Larry Wight. “He worked at Show Car Engineering building race cars. Then the Show Car burned down and that was the end of it but when you look back at history, the way the cars look today really stems from Pat and his car. He was one of the first ones to build a conventional body from a Gremlin-style car. There’s a lot of history with the “Genoa Giant.”

A good portion of that history has been spent with the Wight family and Gypsum on the side of his car. You’ll rarely see the #42P or Ward and the #99L of Wight – who currently rides eighth in Series points with on top-five and four top-10s – far apart in the pit area.

“It was really cool to have been the main sponsor for him for a couple of years,” Wight said. “Then we got into being a car owner and Pat was our driver. I think it’s been over twenty years that he’s been driving for us. We’re really happy as a family for Pat to be going into the Hall.”

Their tie goes beyond the business of racing, too.

“He’s taught me a lot about racing and working on the cars and even just being the best person, I could be,” Wight continued. “He was like an Uncle to me. I was always in the shop helping him and then when I got a Sportsman, he was helping me. I used to ride in the top of his stacker with the Sportsman because his hauler held three cars. We’ve always had a really good relationship.”

While Wight saw Ward as a role model, Australian native Peter Britten – who is currently sixth in Series points (only 15 points out of third) – has done the same with Hearn.

“Brett who?” Britten joked. “Racing against Brett Hearn for the latter part of his career and seeing what he’s been able to build and accomplish has been really inspiring. To be so successful for so long is a testament to how hard he worked and how he was able to surround himself with good people. That’s always been one of his strengths. He was able to put teams around him to survive in this deal.”

Hearn was one of the first Big Block Modified drivers to sport a stacker hauler and corporate sponsorship. His persona was built through professionalism with sponsors, taking time with fans, and ferocity on the racetrack. That perfect storm of attributes shaped Hearn’s legacy not only in dirt modified racing but in American auto racing.

“I look up to him as a racer but more so how he was able to build a career and a foundation for himself,” Britten continued. “I know things are different than the way it used to be but at the same time I feel like we are on an upswing as a Series. General racing fans out there know more about Big Blocks than they have in a long time. It can help bring sponsorship along too like I was with Pepsi for our Land of Legends Raceway program. There’s no one more deserving to go into the Hall of Fame than him and I wish him well on all his future endeavors.”

For Weedsport Speedway track promoter and Series star Jimmy Phelps, seeing his fellow competitors get inducted into the Hall of Fame on the same weekend as one of his biggest events is a rewarding experience.

“It’s a bit of a catch 22 when the guys you race against start getting inducted into the Hall of Fame,” Phelps said. “On one hand, great for them but on the other that means I’m getting a little older. Both Brett Hearn and Pat Ward are great racers who left a huge mark on our area’s racing. I am proud that we at Weedsport Speedway are a part of that whole thing. It’s well-deserving for sure.”

Phelps is also eager for fans to return to the historic 3/8-mile speedway again after the lack of events in 2020.

“We’ve put a lot of effort into the atmosphere and the show,” Phelps noted. “There’s going to be live music and all the entertainment we are known for pre-race. We have also been making some big gains on the racetrack. It’s getting where we know what to do prep-wise to ensure multiple lanes of racing. We’re excited to get the Series back to the track and open the gates up to fans again. That’s what it’s all about. We didn’t get to do that last year and we missed it.”

Race fans can join in the Hall of Fame celebration starting on Thursday, July 22 at the Northeast Dirt Hall of Fame 2021 induction ceremony at 7 pm. Then on Sunday, July 25, be there at Weedsport Speedway for 100 laps of action for $10,000 and a guaranteed start at NAPA Super DIRT Week XLIX (Oct. 6-10). 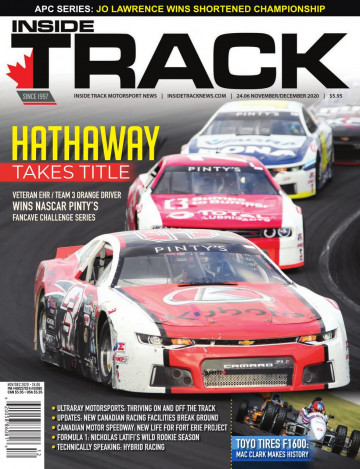