GENEVA – Tudor, the prestigious Swiss sporting watch brand, has become the Timing Partner of the FIA (Fédération Internationale de l’Automobile) World Endurance Championship (WEC). The recently signed agreement is a natural extension of the fabulous history that has linked TUDOR to motor sports for almost half a century. Perfectly coherent with the Tudor universe, especially with its Grantour collection, this partnership offers the Swiss watch brand a high-profile role in the WEC, one of the FIA’s most demanding championships that has greatly contributed to motor sport legend.

The FIA World Endurance Championship (WEC) chose TUDOR as its trusted Timing Partner for the seasons to come. For TUDOR, this agreement is not only a natural extension of the fabulous history that has linked the brand to motor sports for over half a century. It also seals the association between two partners that have made passion and performance the keys to their success. With this in mind, brand director Philippe Peverelli commented: “TUDOR is very happy to communicate its passion for motor sports through the WEC, a legend in endurance racing. This technological showcase represents what drives us forward everyday: our commitment to quality and our passion for performance.”

Launched in June 2011 by the FIA and the ACO (Automobile Club de l’Ouest), the WEC perpetuates the historical links with the World Championship for Makes in the 1950s, 60s and 70s, the World Endurance Championship Group C in the 1980s and the World Sportscar Championship in the 1990s. 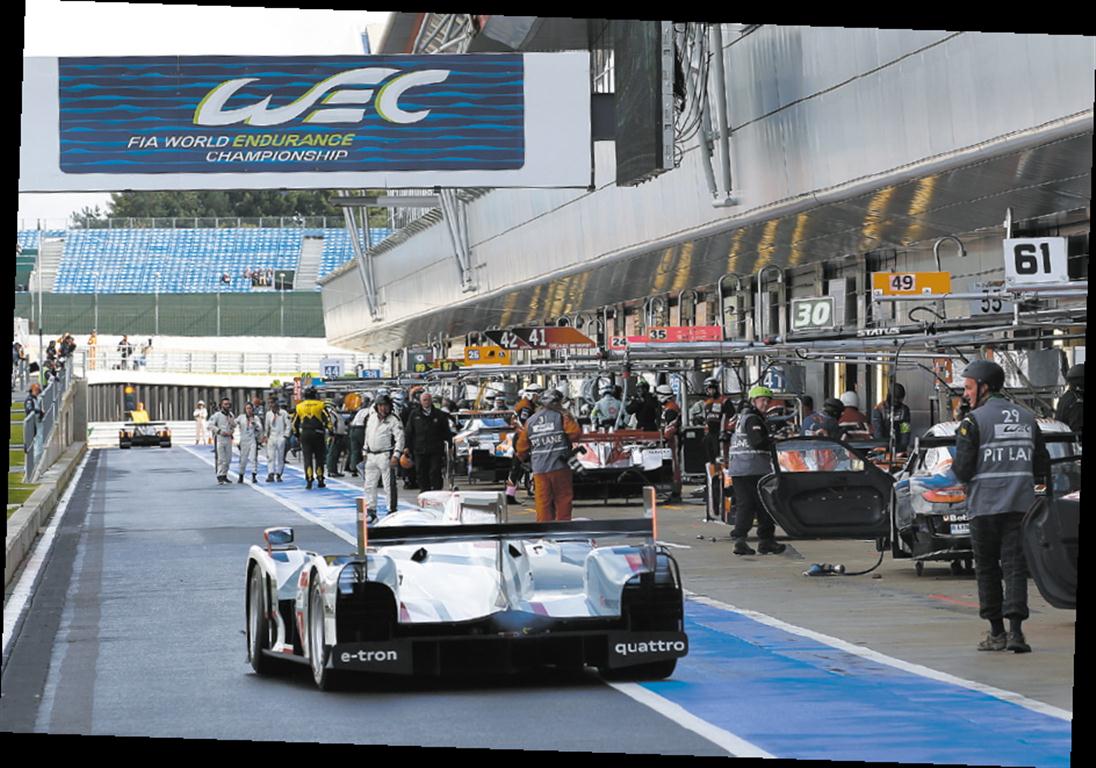 With 8 races over the course of the 2013 season, the FIA World Endurance Championship alternates between legendary circuits (Silverstone, Spa-Francorchamps, Le Mans, Interlagos and Fuji) and locations where the history of motor sports remains to be written (Austin, Shanghai, Bahrain). If the WEC has become one of motor sports’ iconic championships, it owes it for the most part to the very high level of its field – the most prestigious car makes are back – as well as to the environmental stakes that have made today’s WEC one of the most brilliant displays of r ace car technology.

It is with this same spirit of performance that, for decades, Tudor has been creating chronographs known for their remarkable technical superiority and extreme reliability, in a masculine, retro chic style that exudes seduction – watches such as the legendary TUDOR chronographs of the 1970s, much sought-after by collectors, of which the TUDOR Heritage Chrono is the legitimate heir.

Considering TUDOR’s long-standing role as a major player in the prestigious, sport-chic watchmaking domain, the brand’s commitment as Timing Partner of the WEC is perfectly coherent with the company strategy set forth in previous years. Furthermore, the passion for performance that unites the WEC and TUDOR is the same as the driving force that until recently connected the brand to Porsche Motorsport, and the same that has made it Timing Partner of legendary Italian motorcycle brand Ducati today.

Speaking of the WEC’s new Timing Partner, Pierre Fillon, president of the ACO, said: “the Automobile Club de l’Ouest, promoter of the FIA World Endurance Championship and creator of the 24 Hours of Le Mans in 1923, is thrilled with the new partnership with TUDOR. Thanks to this prestigious watch brand, the FIA World Endurance Championship has found the ideal partner, who shares with the ACO the values of endurance racing, a discipline based on surpassing oneself, sportsmanship and advanced technology.”

Inspired by the world of Gran Turismo – a perfect balance between performance and style – and with its passion for the world of car racing, TUDOR launched the Grantour collection in 2009. The star of the collection, the Grantour Chrono Fly-Back, in steel or in steel and pink gold, allows two time intervals to be measured simultaneously – the perfect instrument for those with a passion for the World Endurance Championship who know that this competition is often the scene of races as tense as they are captivating. This is an exciting moment for the new Timing Partner.

May 4: WEC 6 Hours of Spa-Francorchamps

September 22: 6 Hours of Circuit of the Americas

Tracy To Be Part Of SportsNet's Canadian Coverage