Here’s a look at ‘Marvellous’ Marvin Freiburger’s brand new McColl Racing Enterprises Limited Late Model. The Walkerton, ON driver will campaign fulltime at Sauble Speedway in 2012, and hopes to visit a number of different speedways throughout the season. Freiburger debuted in a Thunder Car in 2008, finding success at a number of speedways, with wins in a 50-lap Kawartha Speedway invitational and the 2010 Sunset Speedway Velocity event to his credit.

The personable proprietor of Marvin Freiburger & Sons Truck & Trailer Repairs will again donate 100% of his racing winnings to the Easter Seals Foundation, after a 2011 campaign that saw him contribute an incredible $9200 to the charity. 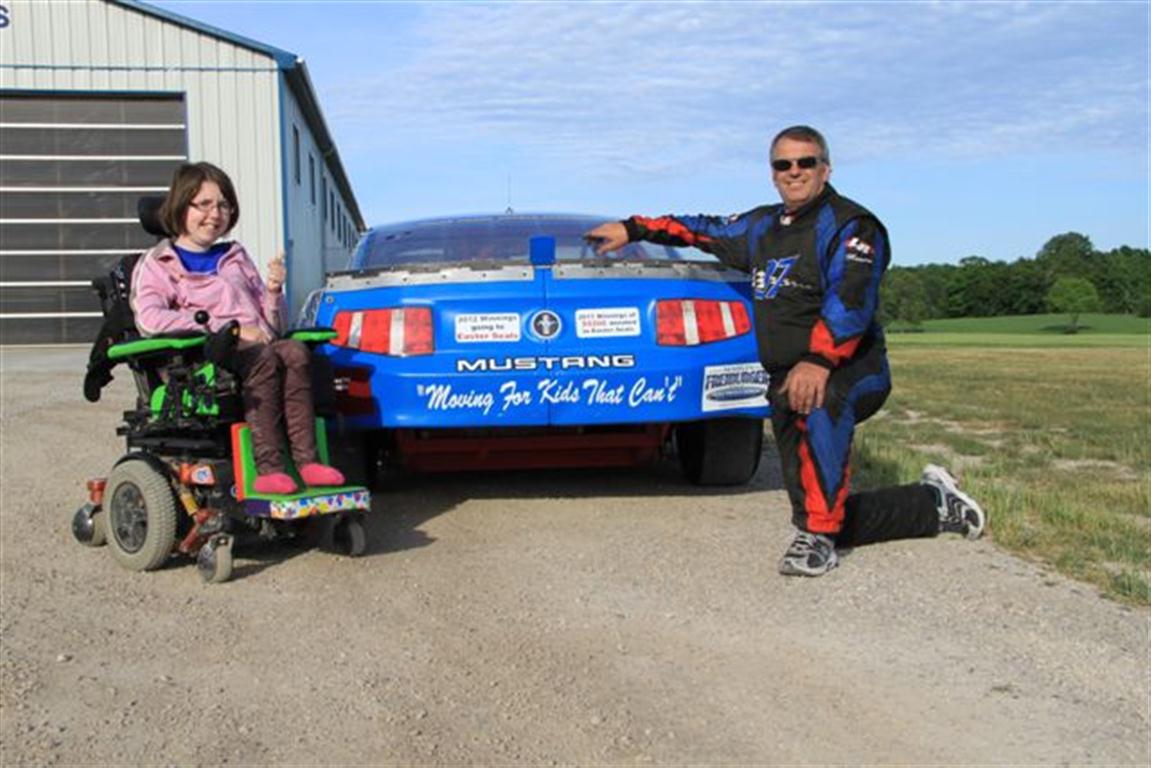 Tire Discounter of Orangeville has donated 120 soft footballs and 250 frisbees to Freiburger’s 2012 season that Marvin will be signing and distributing every week this summer. 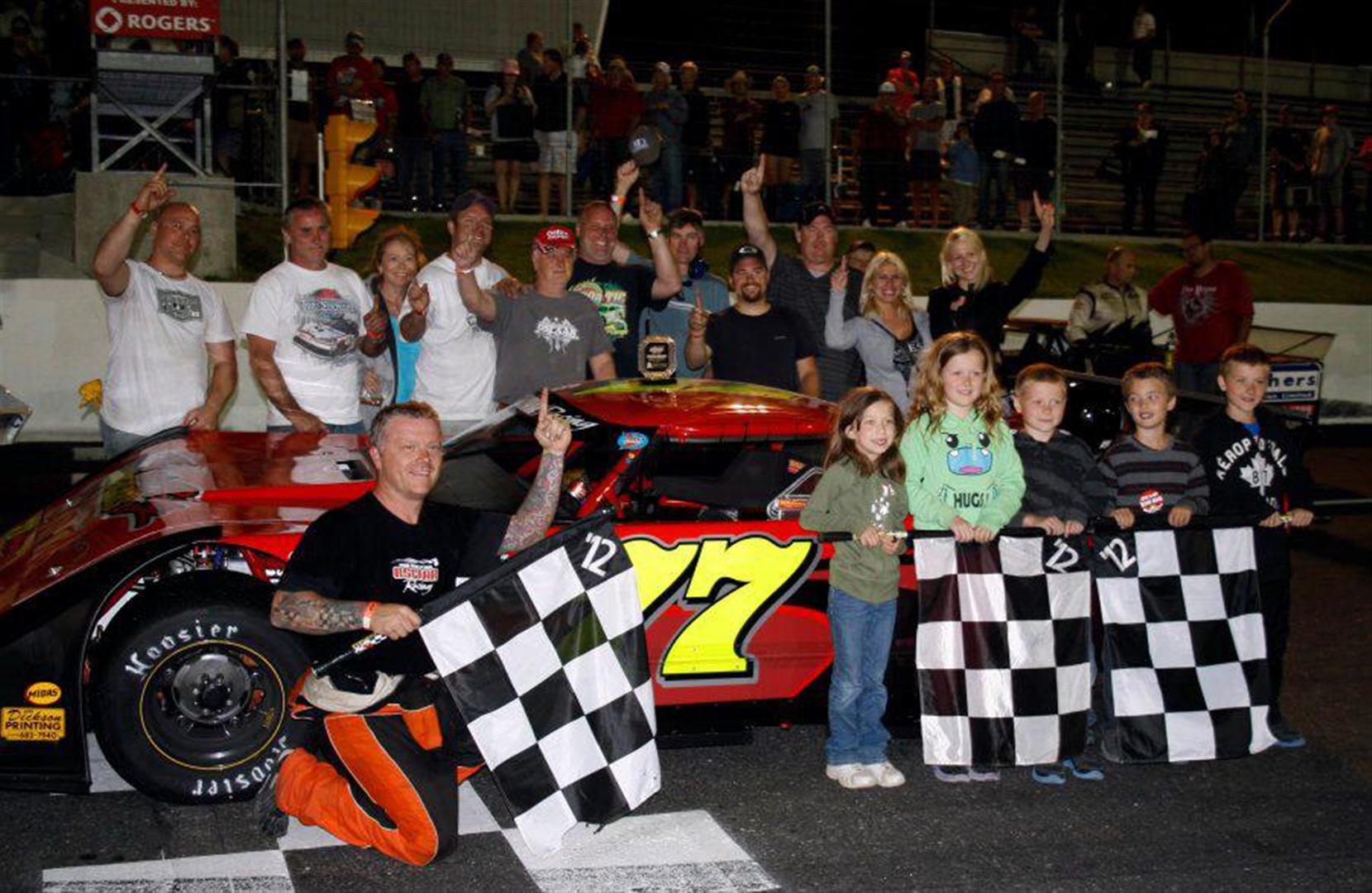 GEORGE WILSON: OSCAAR Super Late Model standout George Wilson (above) was behind the wheel of Shane Gowan’s Pro Late Model in the opening round of Flamboro Speedway’s Grisdale Triple Crown Tournament on June 9th. The Sault Ste Marie, ON veteran has a number of Outlaw-bodied Super Late Model victories and championships at his hometracks of Laird Int’l Raceway and Kinross Speedway Park, but was looking for his first career PLM win at Flamboro.

Wilson reported his team clocked over 1,800 kms on their tow vehicle two weekends ago, after hauling down for an OSCAAR-sanctioned event at Kawartha Speedway that was subsequently postponed due to weather. Gowan’s team enjoys primary backing from Lucas Oil and will be in search of their first career Triple Crown victory. Wilson will join a number of elite Pro Late Model veterans, including Flamboro regulars Paul Howse, Jason Shaw and Jeff Stewart in addition to visitors Matt Pritiko, Jamie Cox and defending Triple Crown champion David Elliott. 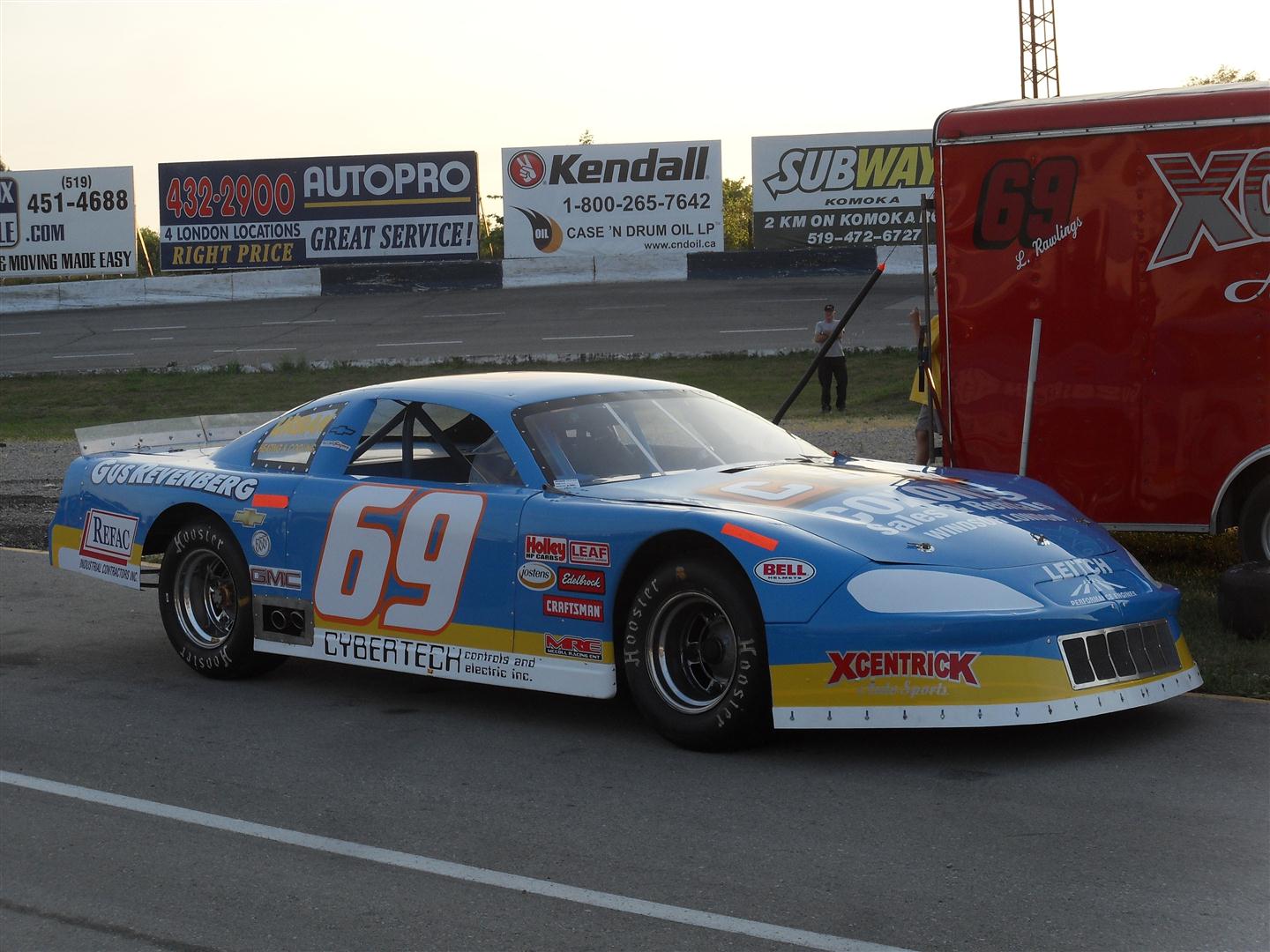 LLOYD RAWLINGS: Windsor, ON veteran Lloyd Rawlings (above) has launched a website to help fans keep up with him throughout the 2012 season. www.RawlingsRacing.com includes Rawlings’ racing history, in addition to sponsor information and photos of him for 2012. Rawlings, one of only 2 Windsor-area Late Model competitors currently racing in Ontario, has confirmed he will run the full Delaware Speedway schedule this season, with hopes of taking part in portions of Flamboro’s Grisdale Triple Crown Tournament throughout the summer.

BARRIE SPEEDWAY: After losing their June 2nd to inclement weather, Barrie Speedway has announced they will have a make-up date for the rained-out event on Sunday June 24th. Barrie’s core divisions, the Limited Late Models, Thunder Cars and Pure Stocks, will be in action. Racing will begin at 1:00pm with Walker Logistics as the event’s presenting sponsor. Details can be found at www.BarrieSpeedway.com.

All Eyes On Ohsweken