Spencer Lewis’ Inside Track Short Track Notebook for May 18, 2012 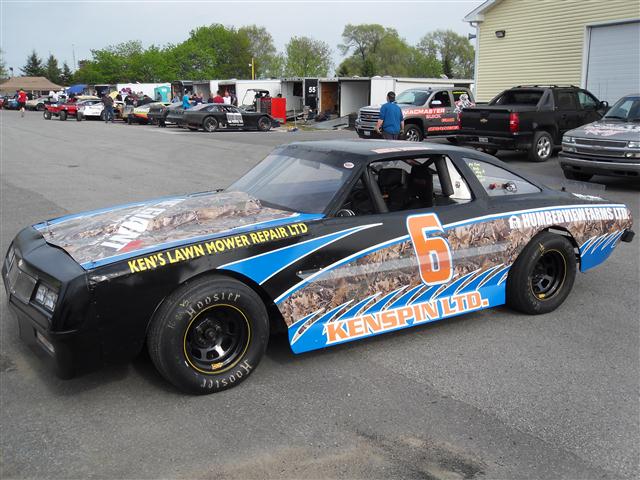 MIKE WEEDA: Sunset Speedway Super Stock regular Mike ‘The Strut’ Weeda (above) is looking for crew members to join his Weeda Motorsports program. The 4th year competitor is planning on a fulltime campaign in 2012, and is interested in welcoming a new member to his team. Interested parties can contact Weeda at mikeweeda@hotmail.ca. 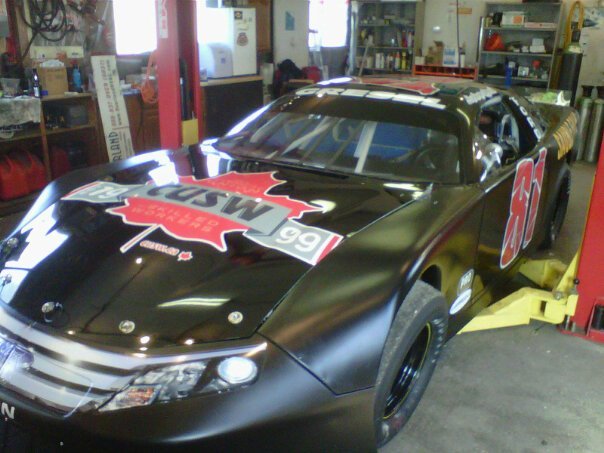 ANDREW GRESEL: Defending Delaware Speedway Late Model champion Andrew Gresel (above) is set to begin his title defense next Friday, when Delaware opens up its 2012 season. The Hepworth, ON veteran will return to the London, ON half-mile with support from McRobert Fuels, CUSW, Spira Fire Protection, Overland Heating and Cooling and Sauble Falls Tent & Trailer Park. Gresel’s team has sent along a sneak peek of their ride, as they begin final preperations for what is certain to be a busy 2012 season. In addition to a fulltime Delaware Speedway schedule, Gresel will launch a touring program that will take his squad across Ontario, we’ve included his schedule below.

THE WEEKEND AHEAD: BARRIE SPEEDWAY: After a surprising post-race disqualification ruling that stripped Dwayne Baker of his feature victory and points lead on Week 2, defending Barrie Speedway champion Ron Quesnelle and 2008 track champion Keith McLeod find themselves tied atop the Limited Late Model points standings heading into Week 3 of the 2012 season. The Limited Late Models will headline the bill that also features the Thunder Cars, led by 2-time winner Rick Walt and the Pure Stocks.

MOSPORT: The Speedway @ Canadian Tire Motorsport Park (formerly Mosport) will kick off its weekly racing schedule this weekend, with an opening night roster of Limited Late Models, Thunder Cars and Pure Stocks with a special visit from the TECHTONIX Open Wheel Modifieds. 2-time defending track champion Jim Rossiter will be the one to watch in the LLM division, as he prepares to welcome back perennial contenders Dwight Brown and Todd Delisle in addition to multi-divisional champion Kyle Donaldson and 3-time Limited Late Model track champion Mark ‘Flash’ Gordon.

SAUBLE SPEEDWAY: Owen Sound, ON’s Sauble Speedway is set to kick-off its 2012 season this weekend with a special doubleshot offering of racing. Saturday night’s program will feature a regular program of Limited Late Models, Thunder Cars, Street Stocks & 4 Cylinders in their first points-paying event of the season. The Limited Late Models and 4 Cylinders will return on Sunday, along with the JR. Late Model division. 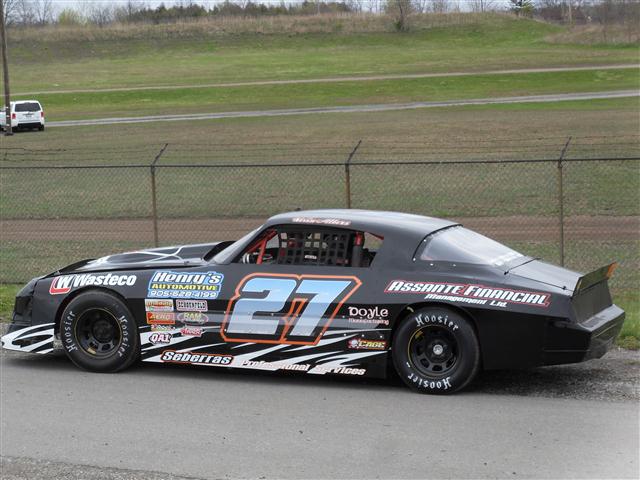 FLAMBORO: After a rare off-night last weekend, Flamboro Speedway’s Late Models, Thunder Cars and Mini Stocks will return to action, along with the F4 Modifieds, for a 6:30 start time this Saturday. The Late Models have seen multi-time champion Paul Howse and Brad Corcoran visit victory lane through the first 2 weeks of the season, with Howse currently sitting atop the division’s point standings entering their third night of competition. In Thunder Car action, point leader Kevin Albers (above) has been dominant, winning 2 of the 3 races he’s competed in this season, with his sole “loss” coming in the form of a 4th place result on opening night.

SUNSET: After a week-2 that saw a dramatic last-lap altercation between fan favourites Chris Morrow and Mike Bentley, the Sunset Speedway Limited Late Model division is ready for week-3 this Saturday. Youngster Taylor Holdaway will enjoy a 2-point lead over the rest of the field heading into the event, after a pair of top-5 finishes to open up the season. The Super Stock and Mini Stock divisions will join the LLMs on the bill, with racing set to begin at 6:00pm. Morrow announced on his Facebook account that his car is too damaged and won’t be ready for action on Saturday for the first time in many years. 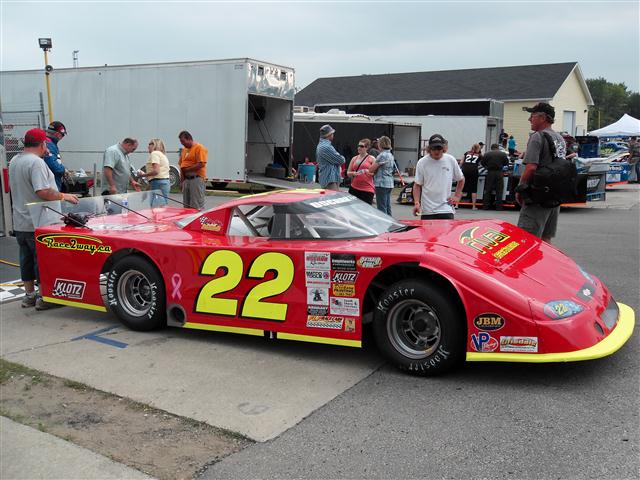 OSCAAR: Sunday May 20th will mark the season opener for the OSCAAR Super Late Model and OSCAAR Modified divisions. Sunset Speedway will play host to the 6:00pm double bill that will mark the inaugural event in OSCAAR Modified history. 4-time defending Super Late Model champion Glenn Watson (above) will begin the season in search of a record-tying 5th OSCAAR championship. Car counts for both divisions are expected to exceed 20 cars, with Super Late Model headliners Rob Clarke, Derrick Tiemersma, Jesse Kennedy, Brandon Watson and George Wilson already confirmed to be in attendance. OSCAAR freshman ‘The Professional’ Rob Poole and Quinn Misener will also be in action, as they launch their campaign for 2012’s Rookie of the Year. Details for the event can be found at www.OSCAAR.ca and www.SunsetSpeedway.ca

Buy Today In Time For Christmas – We Will Mail It Right Away!

Inside Track TV: Soundin' Off With Spencer Lewis