We’ll kick things off with the highly anticipated media release of Rob Poole’s 2012 OSCAAR Super Late Model. The multi-time Sunset Speedway Super Stock champion will make the jump from the Limited Late Model division to Ontario’s premier touring series on May 20th. The Cookstown, ON veteran has already been mentioned in a number of preview articles as a driver possible of competing at the head of the field right out of the box, after purchasing a former Mark Gordon chassis at the tail end of 2011.

‘The Professional’ reports that support for his 2012 season has been overwhelming, with the team welcoming back Visser Farms (www.VisserFarms.ca), R.A. Electrical, Alliston Auto Sales & Leasing, AGNav GPS Systems, BFI Canada, Reliable Waste Management, Central Industrial Supply, Multitech Machining & Welding and Donleigh Sports as marketing partners. Poole joins Jesse Kennedy, Jim Bowman, Paul Law, Quinn Misener and Doug Wilson in the race for 2012’s Rookie of the Year. But after 13 seasons of racing at Sunset, Poole is not quite ready to walk away from the Limited Late Model divison, with plans in place to compete in a select few Sunset events when not on tour with the OSCAAR Super Late Models. 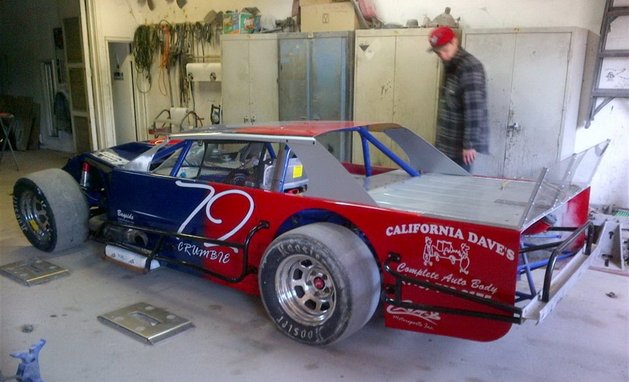 BRANDON CRUMBIE: Here’s a look at former Barrie Speedway Mini Stock track champion Brandon Crumbie’s newly completed OSCAAR Modified (above). The Beeton, ON native will run the entirety of the OSCAAR Modified tour, joining fellow rookies Josh Gruntz, Matt Barton and Tim Burke, for what promises to be a very exciting season. Crumbie has raced the past 3 seasons in the Limited Late Model division, splitting time between Varney, Sunset and Barrie. His 2012 efforts will enjoy sponsorship from California Dave’s Complete Autobody, AKN Automotive, Alliston Signs, Homeland Auto Service and Amsoil Racing. Crumbie will be in action with the rest of the OSCAAR Modifieds when their season gets started at Sunset Speedway on May 20th. 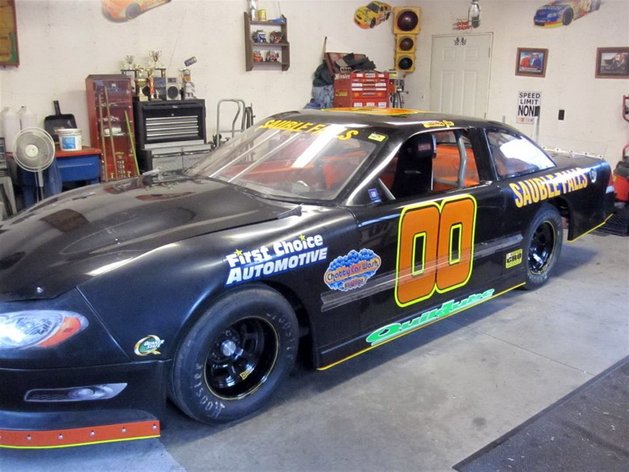 JOE ADAMS: Sauble Speedway fan favourite Smokin’ Joe Adams has sent along the first glimpses of his Thunder Car for the 2012 season (above). After winning both Dash for Cash Invitationals at ‘The Beach’ in 2012, Adams is a certified championship contender, counting down the days until Sauble’s season kicks-off on May 19th. Adams has announced he intends to run the complete Sauble schedule, returning to defend his Dash for Cash victories, in addition to Sunset’s MRE Pro Super Stock series, Peterborough’s Chase for the Colours & Autumn Colours Classic events and one-off appearances at Kawartha and Delaware Speedway. Adam’s ambitious 2012 season will carry sponsorship from Sauble Falls Tent & Trailer Park, Quiklube, First Choice Automotive & Tri-County Mobile Power Wash. 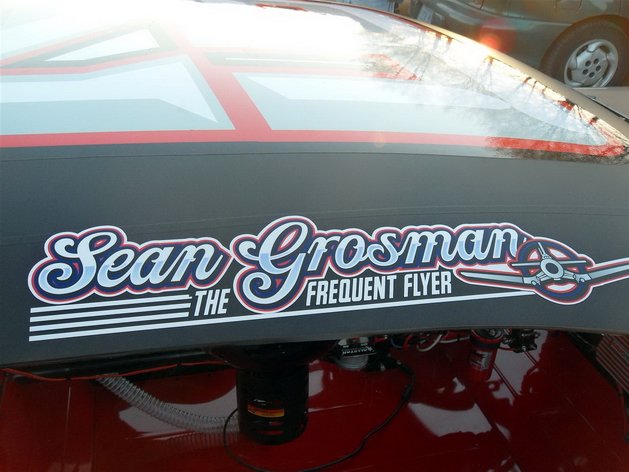 SEAN GROSMAN: Third-year Sunset Speedway Limited Late Model pilot Sean Grosman has launched a brand new website to help promote his 2012 racing efforts, www.SMGMotorsports.com. After a pair of seasons as a member of Stompin’ Tom Motorsports’ leasing program, Grosman has purchased a brand new Mccoll Racing Enterprises chassis, and will debut it under the new SMG Motorsports banner at Sunset’s opening night on May 5th. Grosman’s 2012 season will carry sponsorship support from The Landing Strip Gentleman’s Club, Flagship Properties, Rylex Glass & Mirror and For Your Eyes Only of Downtown Toronto.