Nine-time Delaware Speedway Late Model champion Steve Robblee will make his much-anticipated return to active competition in 2012. One of Delaware’s all-time greats, the Dorchester, ON veteran was forced out of competition prior to the 2011 season for health reasons. A formal schedule has yet to be finalized, though it has been confirmed that Robblee’s return will be on a part-time only basis. A three time winner of Delaware’s crown-jewel Great Canadian Race, it’s a safe bet Robblee will be in the running for a 4th victory when the event – and its $10,000 winner’s purse – returns to its usual Labor Day weekend slot. 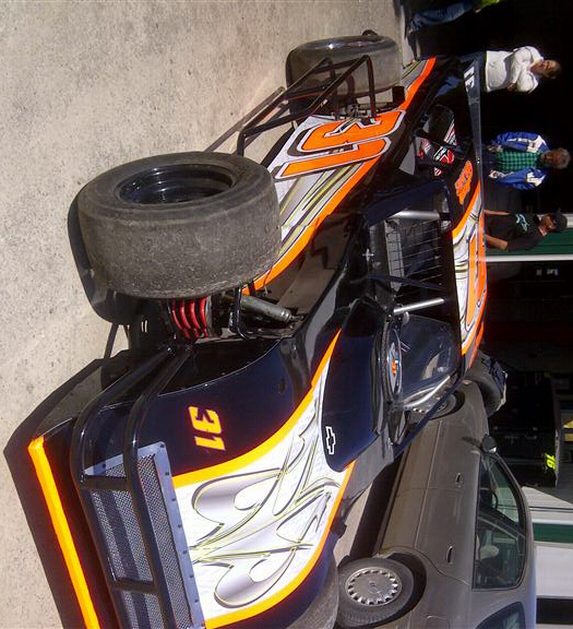 With the inaugural OSCAAR Modified season just over a month away, the hype regarding Ontario’s newest tour has hit a frenetic pace. Rookie of the Year contender Josh Gruntz (car above) recently put the finishing touches on his entry for the 2012 season. The former Kawartha Speedway Thunder Car regular has plans of running the entirety of the OSCAAR Modified tour, and has already secured marketing support from Maple Key Landscape of Dunsford, SB Cleaning Service of Lindsay,

Ultimate Car Care of Peterborough and Amsoil. While Gruntz may give up an advantage in terms of open-wheeled experience in comparison to Modified veterans Gary McLean, John Saunders and Chris Burrows, the Peterborough, ON native will certainly be in quality equipment, as he has purchased the same McColl Racing Enterprises chassis that Tyler Hendricks drove to victory at the 2011 Autumn Colours Classic.

Here’s a sneak peek at 2009 Peterborough Speedway Limited Late Model champion Amanda Connolly’s ride (above) for the 2012 season. The veteran competitor will enjoy support from Central Industrial Supply throughout her fulltime tour with the Lucas Oil Sportsman Cup series. The Aurora, ON native has taken over the same car Kelly Balson competed with in 2011, with Balson moving to the new position of Crew Chief for Connolly’s 2012 championship campaign. Connolly will be in action, along with the rest of the LOSC series, when the tour rolls into Varney Motor Speedway on Sunday May 20th.

Flamboro Speedway Late Model front-runner Steve Laking made his first career appearance with the burgeoning PASS Super Limited tour this past Saturday at Hickory Motor Speedway. Despite having never seen the speedway before Friday’s practice session, the Guelph, ON veteran managed to time trial 6th in the 12 car field, and worked his way to 4th by the time the checkered flag had flown in the 50-lap A Main. Inside Track TV will have a video interview with Steve from Hickory Motor Speedway later in the week. 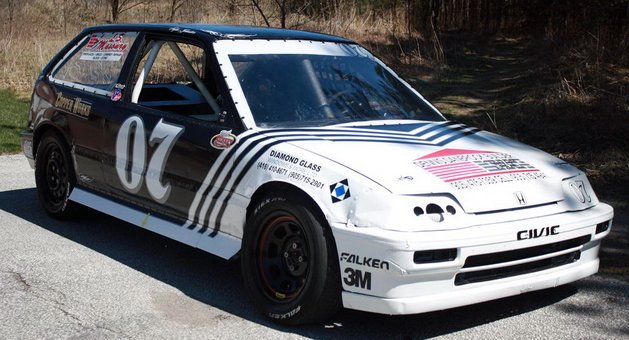 Win with Mobil and jet away on a Hawaiian Escape