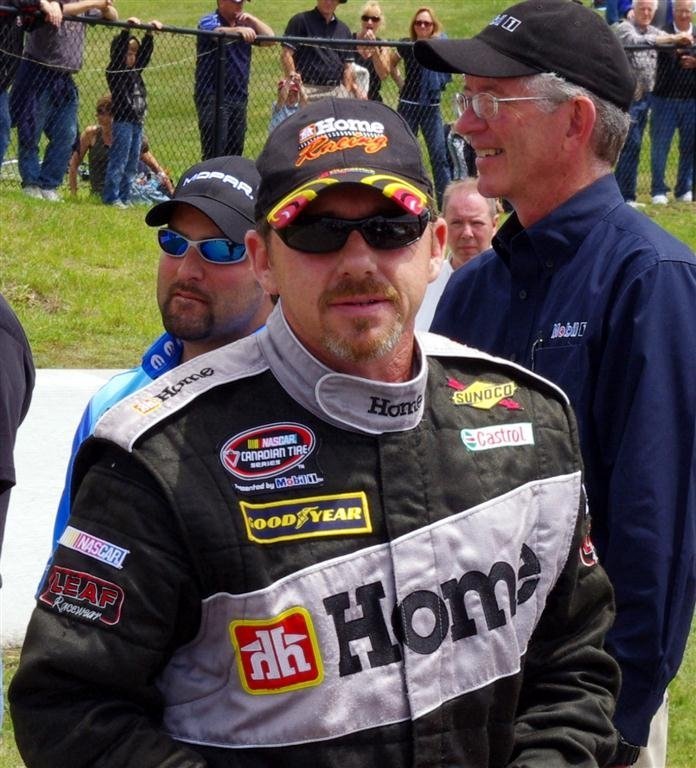 CAMBRIDGE, ON – Don Thomson, Jr., winner of 7 Canadian Championships as a driver is hanging up his helmet and manning the wrenches for J.R. Fitzpatrick and the Fitzpatrick Motorsports #84 NASCAR Canadian Tire Series car, effective immediately.

The Hamilton, Ontario native is back at the shop where he spent many years winning races and championships after a brief stint behind the wheel of the EHR/Team 3 Red Dodge during the 2011 season. Shortly after the season ended J.R., Thomson and team owner John Fitzpatrick started to discuss the idea of Thomson coming back into the organization to help J.R. win the championship.

“I know Thomson well and I know what he brings to the team,” said owner John Fitzpatrick. “We were a pretty formidable program, winning 8 championships between him and J.R. during the CASCAR days and I expect his transition to Crew Chief here to be pretty seamless”

Playing Pit Boss and advisor to Fitzpatrick is not a role unfamiliar to Thomson. In the early years he built and crewed a late model program and was there for Fitzpatrick’s first laps behind the wheel of a CASCAR Super Series car.

“I am really excited about this next chapter in my career and glad to be back at Fitzpatrick Motorsports, said Thomson. “I am comfortable here, I know the way the system works here and John is really committed to put the best product on the track for J.R. and our sponsor partners. I have also known J.R. since he was 8 years old and he has grown to become the best driver in the series so I really want to be part of whatever he does up here,” he added.

The first task will be to build a brand new road course car and get the program ready for a hectic testing schedule as soon as the snow melts. An integral part of the build will be long time team member and Crew Chief from last season Ted McAlister.

“I am really pumped to get this season started,” said J.R. “I had a lot of good runs last season and Thomson’s addition to the team will only make us stronger. The new car should be great and to have another championship caliber mind working in the shop gives me great confidence.”

The NASCAR Canadian Tire Series season gets underway May 20 on the road course at Mosport International Raceway. The Championship will be comprised of 12 races in Ontario, Quebec, British Columbia, Alberta and Saskatchewan.

Jason Hathaway Recognized at NASCAR Night of Champions in Charlotte