PETITCODIAC, NB – The Maritime Motorsports Hall of Fame (MMHF) is proud to announce the names of those members of the Maritime motorsports community whose accomplishments and/or contributions will be formally acknowledged as members of the MMHF Class of 2012.Ten new inductees will join those already enshrined in hallowed hall during a formal celebration to be held November 17 at Crystal Palace Ramada Plaza in Moncton. The 2012 inductees are:

Gordon Armstrong/NB (deceased) – Category: Antique – Gordon was affectionately known as “The Father of the New Brunswick Antique Auto Club”, he was recognized not only throughout NB, but also PEI, NS and Maine. Gordon collected and restored over 15 vehicles. Gordon was recognized as an authority on asphalt paving both in NB and NS.

The Valley Cruisers Car Club/NB (Saint John) – Category: Club – The Club was started in February 1981; they are a member of the MMHF and NAACC. The Club has over 150 members. The Club has donated over $75,000 to local Children charities.

The Luxor Shriners Club/NB (Moncton) – Category: Club – The Mini Kar Unit was started in 1977. Over the last 25 years, the unit has assisted in raising over $100,000 to support Shriners Hospital Transportation. The Provincial Shrine Executive in Saint John and Shriners International recognizes them. The Unit has won many awards.

Dizzy Dean Murray/NB (deceased) – Category: Media – He left New Brunswick to become a motorsports entrepreneur in Ontario, where he remained. In 1965 he founded Wheelspin News, one of the first racing papers in North America. He was an announcer at many tracks and sponsored races, including River Glade Speedway. He began and ran motion car shows along with being a motorsports consultant. He was inducted into the Canadian Motorsports Hall Of Fame in 1995. 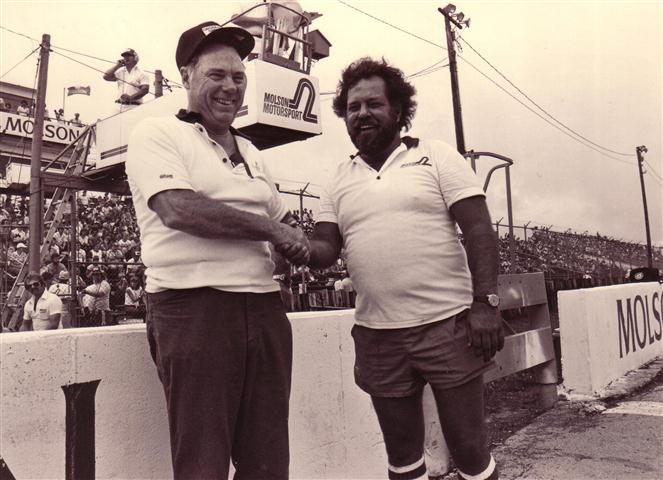 Cecil Vance & Harry Poole/NS – Category: Promoter/Builder – They have been involved with racing for more than 35 years. In 1987 they joined forces to open Scotia Speedworld; a move that has kept stock car racing in the Halifax area for 25 years. They have sponsored races, and in 2001 co-founded the Maritime Pro Stock Tour, which has gone on to become the top racing series in Eastern Canada.

Garry Sowerby/NS (Dartmouth) – Category: Road Challenge – In 1978 he left his job and set out on a six-month journey through South and Central America. Dubbed by the media as the “Indiana Jones of adventure driving”. He made a career out of personal challenge and high adventure by embarking on the longest drives on the face of the planet and completing them in incredible record-breaking times. He has set four world records for endurance driving and has been entered into the Guinness Book Of Records.

Paul Lewis/NB (deceased, formerly from Salisbury) – Category: Stock Car – Raced from 1965 to 1996 and was a Most Popular Driver eleven years. Won numerous races and was a points champion five times.

Donald Wooldridge/PEI (Charlottetown) – Category: Stock Car – Nickname “Duckie”. Started racing at age 14 in 1962. His motto: “Win, crash or blow is the only way to go”. He was one of the founders of the Prince Edward Island Street Rod Association. He now pits for Darren McKinnon.

Smokin’ Joe Albert/NB (Minto) – Category: Stock Car – Won his first championship on a dirt track in 1966. Was most popular driver many times. Was inducted in the Minto Sports Wall Of Fame in 2007.

These 10 inductees bring the total number of honourees in the Maritime Motorsports Hall of Fame to 72.

By Joan Roue, for MMHF