In the September 25th edition of Spencer Lewis’ Short Track Notebook, we update the entry lists for some of Ontario’s biggest Playoff Season events. ‘Handsome’ Chris Mitchell, ‘The Bully’ Dwayne Baker, ‘The Prodigy’ Cayden Lapcevich, Chad Eden, Nick Roth and ‘The Astronaut’ Brandon McFerran all have big plans for the most exciting weeks of Ontario’s short track season, read all about them inside. 2013 Don Biederman Memorial winner ‘The Bully’ Dwayne Baker (above, by Thompson Photography) has confirmed he will return to OSCAAR Super Late Model action this weekend at Sunset Speedway’s Velocity 250. Baker debuted a brand new Port City Race Cars chassis at the beginning of the season, winning a pair of OSCAAR tour events this season – both at Sunset Speedway – highlighted by the June 29th & 30th running of the historic Don Biederman Memorial. ‘The Bully’ will pull “double duty” all weekend long, as he also plans to enter the 75-lap Ltd. Late Model feature in addition to his OSCAAR commitment. Baker will join OSCAAR championship contenders Brandon Watson & Andrew Gresel, as well as 4-time tour champion Glenn Watson, perennial contender Derrick Tiemersma and the rest of the OSCAAR tour for a 50-lap showdown on Sunday. 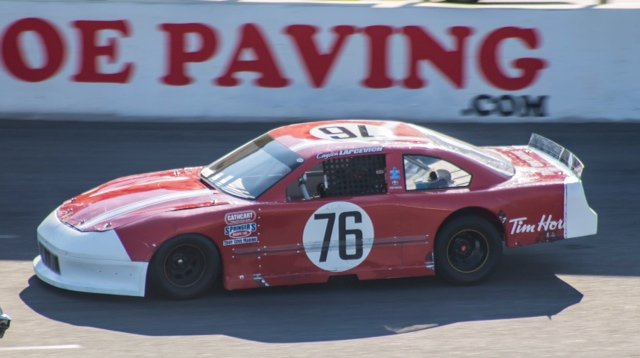 We recently spoke with sophomore Super Stock competitor Cayden Lapcevich (above, by Thompson Photography) about his plans for the 2013 Ontario Short Track Playoff Season. ‘The Prodigy’ sustained significant damage in a September 14th incident with Dan Archibald at a Sunset Speedway weekly event, potentially ending his playoff season before it began. The interview can be found here. The third-generation star has since confirmed he will be at Sunset’s Velocity weekend on September 28th & 29th, and is hoping to compete at Peterborough’s Autumn Colours Classic should sponsorship allow. 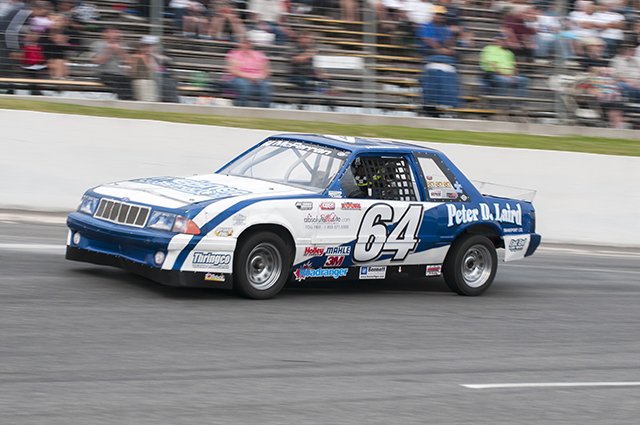 Mini Stock standout ‘The Astronaut’ Brandon McFerran (above, by Pamela Guppy) recently filed entry for his 2nd career Peterborough Speedway Autumn Colours Classic appearance. The multi-time feature winner – and 2012 Flamboro Oktoberfest champion – took the time to speak with us about the October 11th, 12th and 13th event and what he’s hoping for heading into the biggest event of the season. The second-generation wheelman explains what an Autumn Colours victory would mean to his career and what drivers he expects will be tough to defeat at Peterborough’s crown jewel. Click here for the 1 on 1 video and follow ‘The Astronaut’ on Twitter @BrandonMcFerran. Varney Speedway Motorplex Ltd. Late Model rookie Nick Roth (above, by Dave Franks Photography) has filed entry for the 21st annual Autumn Colours Classic, scheduled for Peterborough Speedway on October 11th, 12th and 13th. The Super Stock graduate finished 9th in Varney points this season, and was runner-up in the speedway’s Rookie of the Year battle. Roth is the latest to join an entry list that already reads like a who’s-who of the Ltd. Late Model division, all looking to qualify for the 75-lap A Main on October 13th. Defending Autumn Colours Classic champion ‘The Bully’ Dwayne Baker tops the list, which also includes multi-time Peterborough titlist Kelly Balson, 2011 ‘Classic’ winner Chris Mitchell, 2010 Flamboro champion Shawn Chenoweth, Sunset standout Andy Kamrath and 2013 Barrie champion Gord Shepherd. Gate times and ticket prices for the season-ending event can be found at www.PeterboroughSpeedway.com 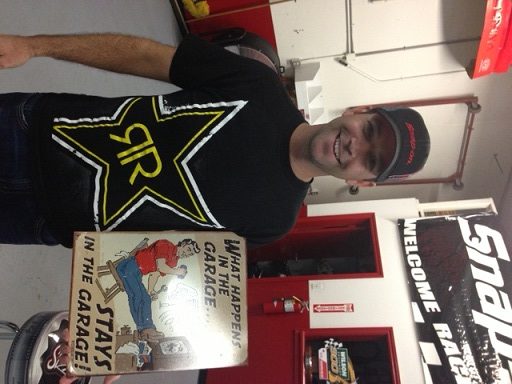 Our latest episode of ‘Bench Racing’ brought us to the Ed Hakonson Racing headquarters, for a chat with NASCAR Canadian Tire Series star Jason Hathaway and his EHR car-chief Graham Annis. We chat all about the NCATS series, Hathaway’s career including his early days as a Delaware Speedway weekly star, where Hathaway would be racing if it weren’t for NCATS and where he sees Canada’s premier series heading in the future. The 40-minute interview can be found on our Youtube channel, click here.