2-time Autumn Colours Classic champion ‘Old School’ Dan McHattie will return in search of a 3rd ‘Classic’ triumph on October 11th, 12th and 13th. The Cavan, ON veteran confirmed his entry this week, joining a growing list of Pro Late Model stars from across the province, including 2013 Great Canadian Race winner Matt Pritiko, 2012 Delaware Speedway champion Mark Watson and Flamboro Speedway sophomore Dale Shaw. We recently spoke with Dan in a video interview for Peterborough Speedway’s Youtube channel, where the 8-time Kawartha champion explains the strategy associated with winning the 113-lap feature, why he chose to compete at the ‘Classic’ instead of travelling to New Hampshire Motor Speedway for the ACT Invitational and what drivers he feels will be the ones to beat this year. Click here for the 1 on 1 interview. 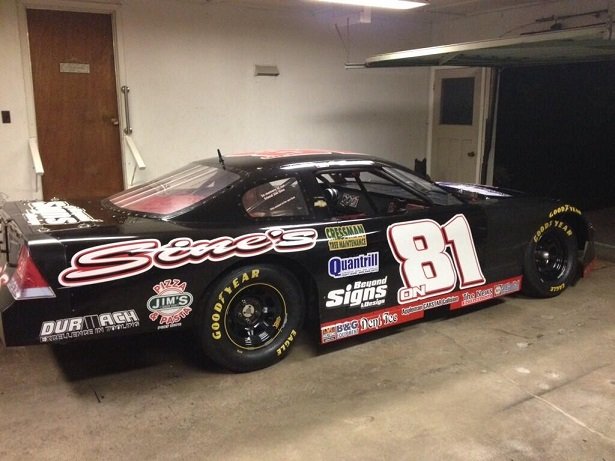 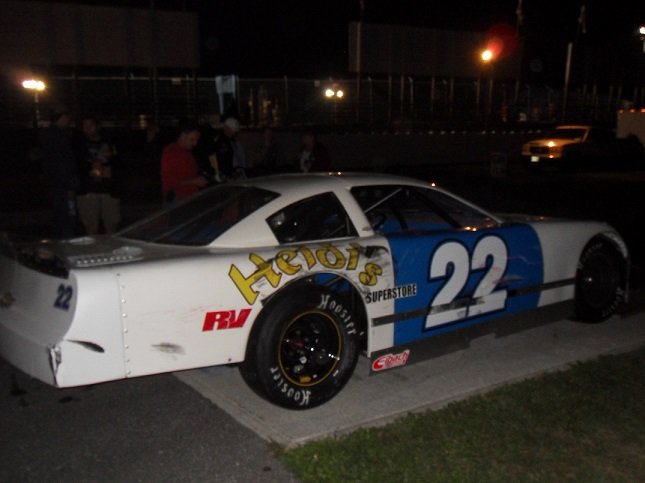 We recently spoke with Barrie Speedway Ltd. Late Model veteran ‘Hometown’ Mike Brown on the upcoming Garry Reynolds Memorial. Brown will be piloting a car for chassis guru Peter Schotanus in the 100-lap event. The Hawkestone, ON driver explains what a victory in the event would mean for a Barrie Speedway regular and what drivers will be tough to beat come September 21st. The video can be found here. 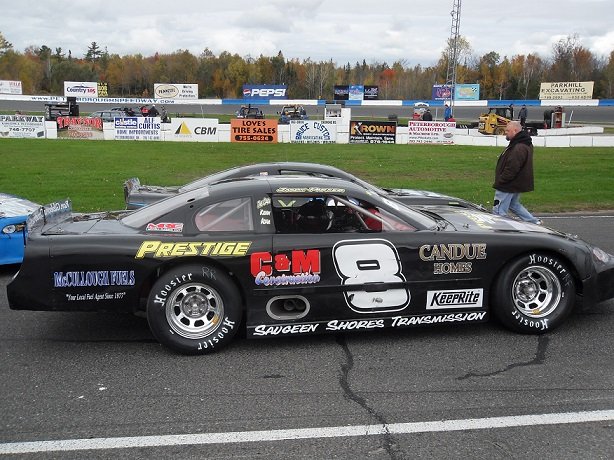 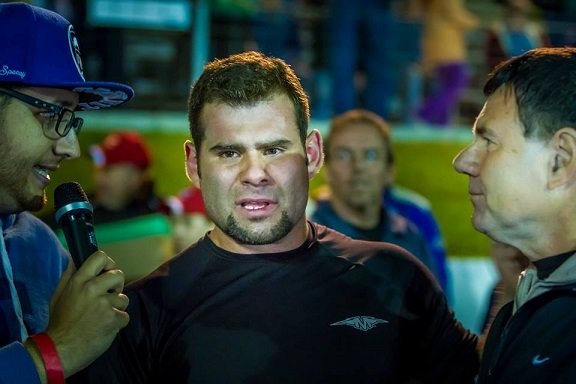 Second generation star Mike ‘Lights Out’ Bentley (above, by Alain Thiboutot) locked up the 2013 Sunset Speedway Ltd. Late Model championship this past Saturday (September 14th). The 2-time Garry Reynolds Memorial winner was joined in victory lane by his entire family and crew to celebrate his first career title. The moving championship speech can be found here.

Salemi Chalks Up Her Most Successful Season To Date