Above is our first glimpse at 2-time Barrie Speedway Garry Reynolds Memorial winner and 2012 Autumn Colours Classic champion Mike ‘Lights Out’ Bentley’s new look for the 2013 season. Bentley, a top contender for Sunset’s Limited Late Model championship, is coming off of a spectacular 2012 season that saw him go toe-to-toe with eventual track champion Stompin’ Tom Walters for an entire summer, before ultimately settling for runner-up in the points standings.

The Guelph, ON driver’s efforts will be supported in 2013 by new sponsor Latitude Land Effects (www.latitudelandeffects.com). ‘Lights Out’ will debut his new ride on May 4th, when Sunset Speedway hosts their first event of the 2013 season. Fans can keep up with Bentley all season long via his twitter account, @MikeBentley51. The team also wants to credit Steve Lyons at Creative Edge Graphics for the Bentley wrap job.

ADVERTISEMENT: McColl Racing Enterprises builds race winning cars of all types at its world-class, full service facility in London, Ontario. MRE racers enjoyed incredible success in 2012. Talk to the pros at MRE to find out how they can help you this season! Call them at 1-800-423-3407 or (519) 652-3311 or visit them online at www.McCollRacing.com. And be sure to ‘like’ MRE’s Facebook Page for daily news and specials, including today’s new offer on a Wilwood Brake Package for Legend cars.

Frohlich was shaking down his new ride, a McColl Racing Enterprises chassis piloted to a pair of championships by Stompin’ Tom Walters and Kevin Cornelius, when a hung throttle sent him into the turn-2 wall. Repairs have already commenced, and Frohlich plans to be back practicing on May 8th before making his official Limited Late Model debut on May 11th. 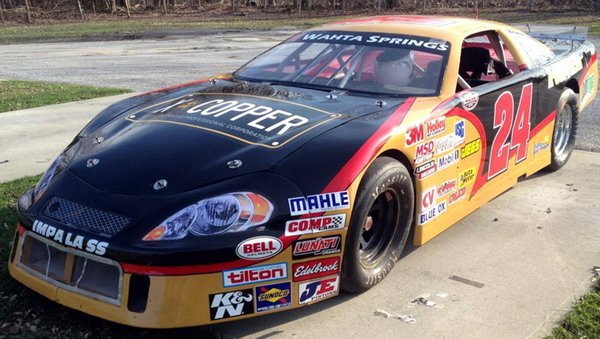 2013 Barrie Speedway Limited Late Model Rookie of the Year contender Leonard Johnston has sent along these sneak peek shots, as he prepares for his first career LLM start. The Bracebridge, ON driver will compete for ROTY honours alongside former Mini Stock standout Mike Meyer.

Prior to his venture with Fitzpatrick, Thomson’s sole OSCAAR appearance came during the Autumn Colours Classic in 2005. In addition to playing the role of partial car owner for Thomson, Fitzpatrick will still campaign a Roy Passer-owned Super Late Model in 10 events this season. 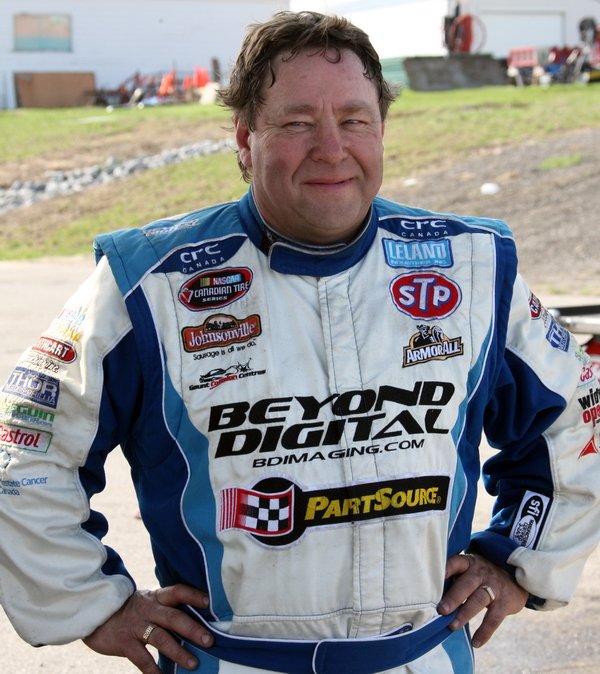 NASCAR Canadian Tire Series star Kerry Micks has announced via his @MicksMotorsport twitter account that he will be in action at Sunset Speedway this Saturday, driving a Kyle Baker-owned Limited Late Model. The Baker Performance entry, a Port City chassis making its first ever start, will race as a teammate to Kyle’s father – and 2012 Barrie Speedway track champion – Dwayne Baker. Micks is rumored to have planned several appearances at the Innisfil, ON oval throughout the race season.

Kickboxer turned stock car driver Donny Munce has announced he will compete for the 2013 Sunset Speedway Super Stock championship. ‘The Munster’ has not raced fulltime since 2010, and has purchased the chassis of 2-time Sauble Speedway champion Matt Mulholland.

Munce will debut his new ride at Sunset’s season opener on May 4th, and has announced that he expects his team to have an element of star power to it throughout the season, with former UFC Heavyweight championship contender Gary Goodridge helping out in the pit area throughout the summer.

Murray will welcome back Lake Simcoe Heating & Air Conditioning as primary sponsor, and has announced that in addition to a fulltime schedule at Barrie, he will race in several Sunset Speedway invitationals throughout the season. 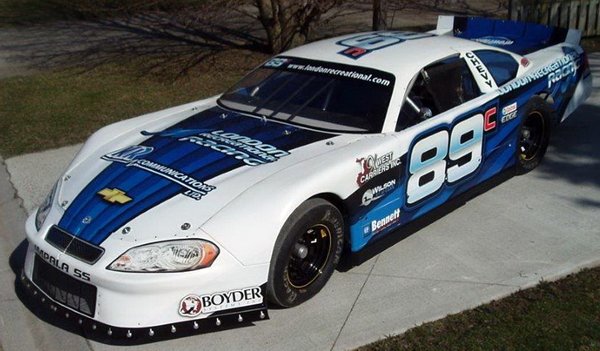 2010 Flamboro Speedway Late Model champion Shawn Chenoweth will return to fulltime competition at the Hamilton-area speedplant this summer. Initially, Chenoweth’s 2013 plans had included a run at Sunset Speedway’s Limited Late Model title, but after consulting London Recreational Racing boss Mike Schmidt, the decision was made for Chenoweth to return to Flamboro with hopes of unseating reigning champion Jason Shaw.

The Ayr, ON veteran will pilot the same chassis fellow Flamboro veteran Shane Gowan piloted through the 2012 season. When Chenoweth is not in Pro Late Model competition at Flamboro, the former Autumn Colours Classic champion has confirmed he will moonlight in the Limited Late Model division at Sunset.

Here is the official debut of multi-time Sunset Speedway feature winner Jason Witty’s ride for the 2013 season. The Queensville, ON driver picked up a brand new McColl Racing Enterprises chassis over the off-season, and will compete alongside Limited Late Model standouts Andy Kamrath, Dwayne Baker, Mike Bentley, Taylor Holdaway, Chris Morrow and reigning Sunset titlist Stompin’ Tom Walters, in search of the 2013 division championship. ‘Bam Bam’ will debut his new mount at Sunset’s season opener this Saturday May 4th, with action getting underway at 6:00pm.

Longtime Mini Stock frontrunner Ben Melenhorst will race fulltime at Sunset Speedway in 2013. The Stayner, ON driver has competed for several seasons at Barrie Speedway, and will return to Sunset for his first fulltime effort since 2010. Melenhorst has sent along ‘work in progress’ shots of his Nissan 240sx, that will carry sponsorship through the season from Top Shop Autobody and The Automotive Business School of Canada.

Western Speedway Gears up for its 59th Season