2013 Peterborough Speedway Thunder Car champion Donny Beatty has confirmed he will return to the division in search of a second straight title in 2014. Rumors swirled at the conclusion of the 2013 season that Beatty was headed towards retirement, after he liquidated his Thunder Car assets weeks prior to the Autumn Colours Classic. The Beaverton, ON veteran has recently acquired a Derek Lynch-built chassis from longtime Peterborough supporter Brian Cathcart, and will be ready for action when Peterborough opens its season on May 17th. Beatty’s 2014 season will be made possible thanks to sponsorship from Lakeside Property Maintenance, Dales Transmission, Nick Oram Auto Body, SGH Mortgages and Matco Tools. Donny’s family-run operation is in the midst of recruiting crew for the 2014 season, interested parties can contact Beatty via his Facebook account. Beatty recently joined almost 100 other track champions at the Canadian Motorsports Expo for the first annual ‘Night of Champions’ ceremony, you can read more about the colossal event in the upcoming issue of Inside Track Motorsport News. 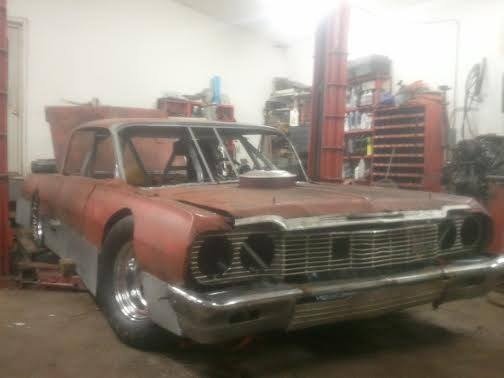 Former Barrie Speedway Mini Stock contender Adam Misener has sent along this photo of his newly built Thunder Car for the 2014 season. The North Bay, ON resident will run a limited schedule at Barrie, and hopes to launch a touring program that will take him across the province in his freshman year. The 1964 Impala promises to be one of the most original looking rides in the division, and will carry sponsorship from Woods Welding, NAPA North Land, Standard Auto Glass, Junior’s Tires and MTC Towing. 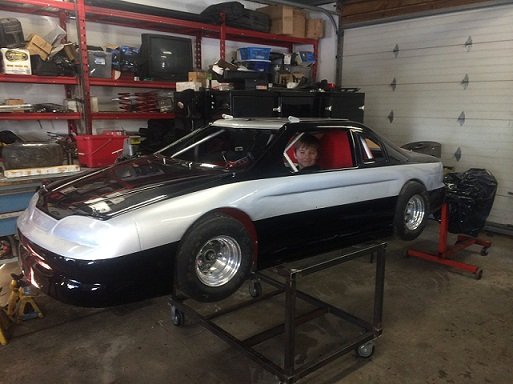 JP Motorsports founder Jason Parker has sent along this sneak peek of his nephew Kyle Parker’s ride for the 2014 season. The 8-year old hopes to contend for Rookie of the Year honours in Sauble Speedway’s JR. Late Model division. JP Motorsports hopes to acquire additional marketing support to allow Parker to complete a full schedule in 2014. The team would like to thank G&M Variety of Paisley, Ron Gibbons Construction and Richard Graham – Coldwell Banker of Saugeen Real Estate Broker for their contributions. 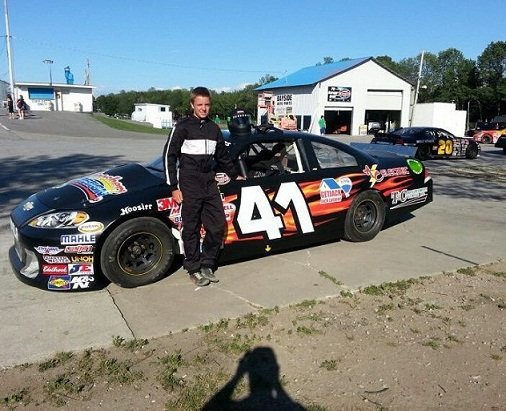 At February’s Canadian Motorsports Expo, we had a chance to sit down with 2014 Barrie Speedway Thunder Car Rookie of the Year contender Jordan Latimer. The karting graduate outlines his plans for the upcoming season, talks about his recent accomplishments and comments on joining the established Ridge Road Racing team for the upcoming season. Click here for the video. For those hoping for a little touch of race season, we delved into the archives for this throwback race courtesy of accomplished videographer Dan Craik. The 2012 McColl Racing Enterprises ‘Pro Series’ featured some of the top Pro Late Model talent in Ontario. In this round, Sunset Speedway plays host to the 75-lap invitational, in which Stompin’ Tom Walters (above, by Dan Craik), Mike ‘Lights Out’ Bentley and Steve Laking complete the podium, toppling over 20 competitors. The PLMs will return to Sunset Speedway on May 10th for a $5,000 to win 100-lap event. Click here for the 2012 video and check out Sunset’s schedule here for information on upcoming events.