<< Spira Fire Protection has been protecting lives and property from the devastation of fire since 1972. Located in Guelph, Ontario, the company specializes in installations, service and inspections. Click here to visit their website, or call (519) 823-1150 for 24 hour emergency service. >>

The Hepworth, Ontario driver opened the mini-season with a 6th place finish on Night 1, before being caught in a multi-car pileup on Night 2 that caused a laundry list of damage to his McColl Racing Enterprises-built chassis.

Click here for Gresel’s World Series preview, and here for his post-race interview on Night 2. We’ll have video updates with Andrew all week long, and will feature a recap of his complete World Series experience in the following issue of Inside Track Motorsport News, on newsstands next month. 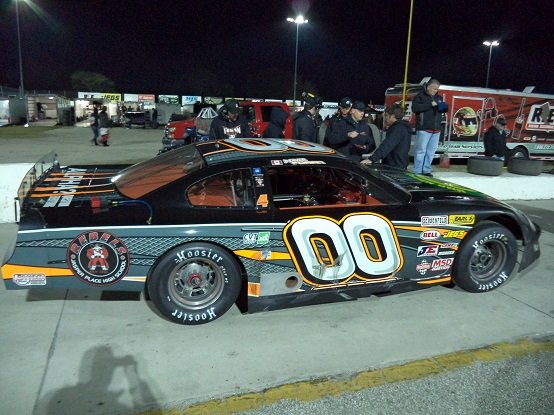 Edmonton, Alberta’s Denver Foran has made his way to New Smyrna Speedway for his 3rd career World Series. The 2013 Dakota Dunes Western Canada Super Late Model series champion is competing in one of the most talent-laden Super Late Model divisions in recent World Series history.

The 16-year old has weathered his fair share of adversity through the first 2 nights of competition, and our cameras have been there every step of the way. Click here for Denver’s preview of the World Series event and here for his post-race interview on Night 1 of competition. 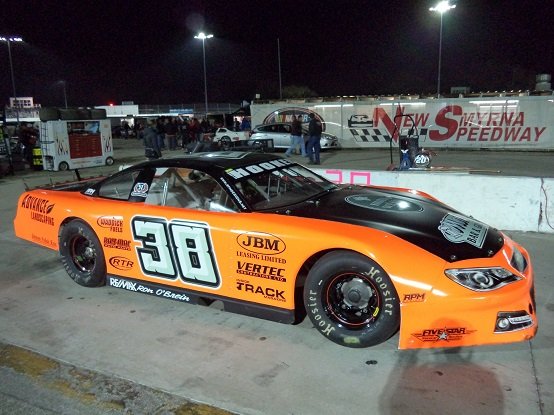 Former ALSTAR Super Series champion Kirk Hooker has become a regular fixture at the World Series of Asphalt. The Chatham, ON driver has acquired a Port City Racing chassis and is ready for all 7 nights of Pro Late Model competition at the Central Florida half-mile.

We caught up with Kirk on Night 1, and asked for his thoughts on his fellow competitors, his new chassis, the World Series event as a whole and New Smyrna’s fearsome reputation. Click here for Kirk’s classic interview.