We had the chance to chat with former NASCAR K&N West Series champion Derek Thorn after his podium finish at the 47th annual Snowball Derby. The Bakersfield, CA driver speaks about his third attempt at 5 Flags Speedway’s crown jewel event, the comparisons between Super Late Model racing on the West coast to Super Late Model racing on the East coast and the strategy involved in fashioning a strong run in the 300-lap event. Click here for the 1-on-1 interview and be sure to follow Derek on Twitter @DerekThorn6. 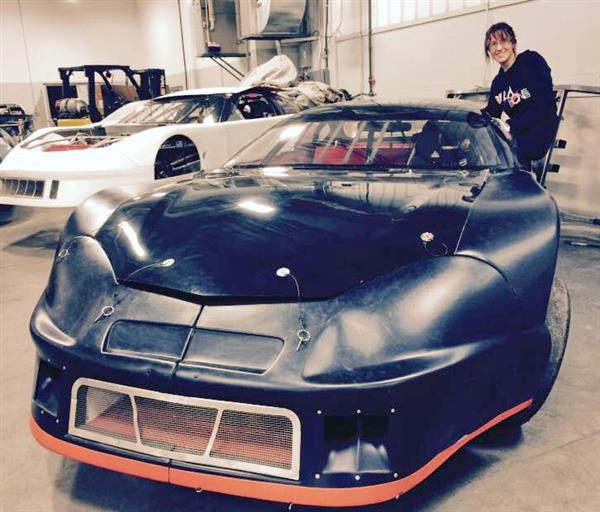 Ltd. Late Model competitor Brittney Gresel has confirmed she will be back at Sunset Speedway for the entirety of the 2015 season. The Sauble Beach, ON driver also announced that her Sauble Falls Racing team had acquired a brand new McColl Racing Enterprises chassis to field next year. Gresel recently wrapped up her first full season at Sunset, finishing 9th in Ltd. Late Model points. The second-generation competitor will compete with marketing support from Sauble Falls Tent & Trailer Park, Brittney’s Hair Studio, RE/MAX of Grey Bruce, Spira Fire Protection and Brandon’s Landscapes. The team is in the midst of securing additional sponsorship and interested parties can contact Brittney via Twitter @BGres81. 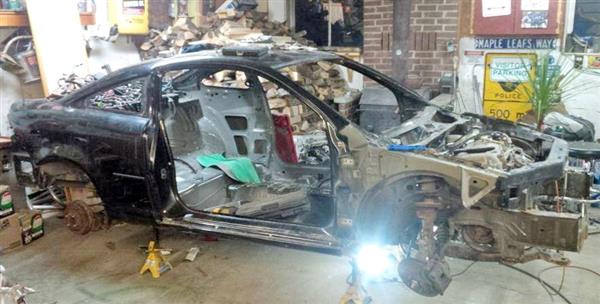 Flamboro Speedway Mini Stock champion Russ Aicken sent this photo along of his offseason project for the 2015 season. The New Hamburg, ON veteran will debut this freshly built Chevrolet Cobalt when the Flamboro Speedway season kicks off in May. The London Recreational Racing representative had this to say:

“I can’t wait to get back on track in 2015. We’re building a brand new car and plan on competing fulltime at Flamboro Speedway in addition to a number of invitational events across Ontario. As of right now, we plan on being a part of the Frequent Flyer 50, The Sauble Speedway Dash for Cash, The Autumn Colours Classic, Frost Fest and a number of other big events. Our 2014 was a dream season for our team. Despite some early adversity, we never gave up and showed just how much you can accomplish when you refuse to quit. Making up 28 points in 2 weeks to tie for the track championship was an incredible feeling for our entire operation. Times like that make the long hours in the shop worthwhile. I can’t thank Mike Schmidt, my London Recreational Racing teammates and Automotive Truck & Tire enough. Most importantly, I have to thank my beautiful wife Samantha who puts up with an insane schedule to make all of this happen” 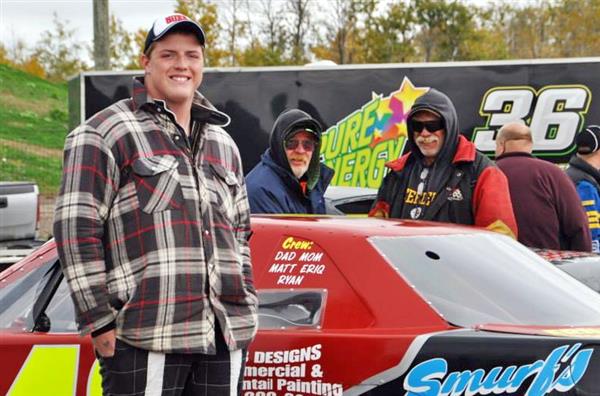 Sunset Speedway Super Stock competitor Coltin Everingham (above, by Debbie-Jo Zardo) recently took the time to chat with us at Flamboro Speedway’s Frost Fest event. The Innisfil, ON competitor told us about his sophomore campaign at Sunset, the learning curve he experienced racing alongside some of the most talented veterans in the province and his goals for the future. Click here for the video interview.

Construction work is continuing at Cayuga Speedway. See below for some photos from mid-December, courtesy of the Speedway. 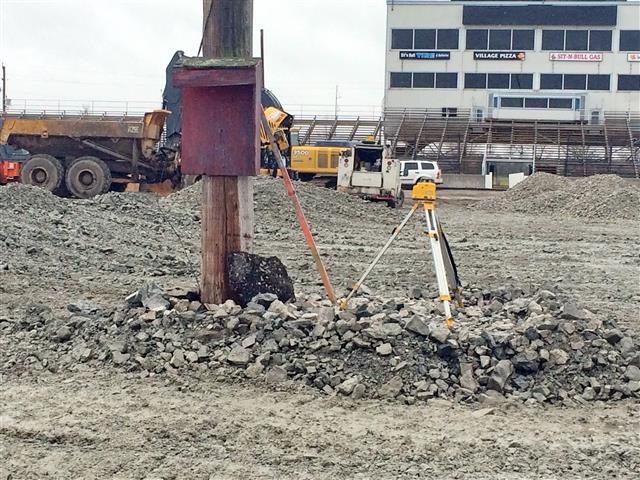 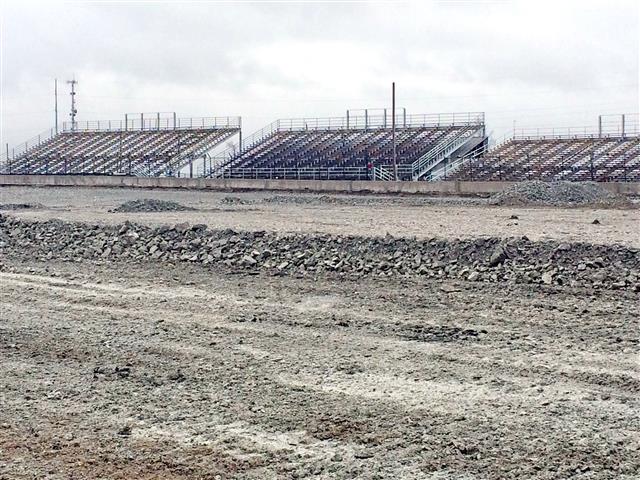 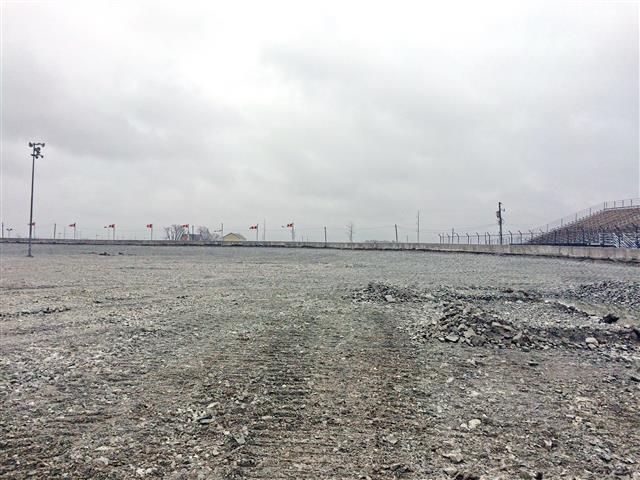 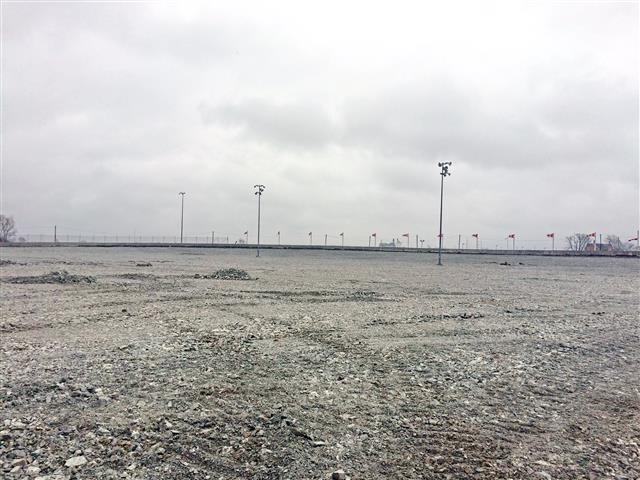 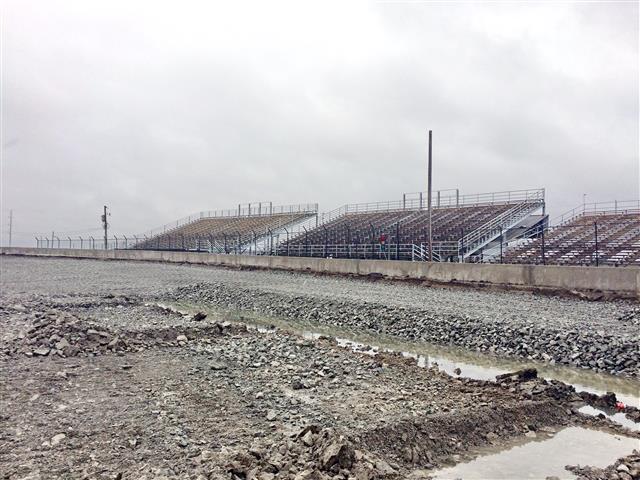