'The Bully' Dwayne Baker Will Return To OSCAAR Competition at Kawartha

After compiling back-to-back wins in OSCAAR Super Late Model competition at Sunset Speedway, provincial heavyweight Dwayne Baker has confirmed he will return to the tour this Sunday (August 11th) at Kawartha Speedway. ‘The Bully’ will be behind the wheel of his 2013 Port City Racing chassis for the first time at Kawartha, and will enter the event with hopes of securing his first career OSCAAR triumph away from Sunset’s 1/3 mile confines. Baker will join point leader Brandon Watson, rookie sensations Kevin Cornelius and Andrew Gresel, 4-time tour champion Glenn Watson and perennial contender Derrick Tiemersma in the 50-lap contest. Gate times and ticket prices for the event can be found at www.OSCAAR.ca 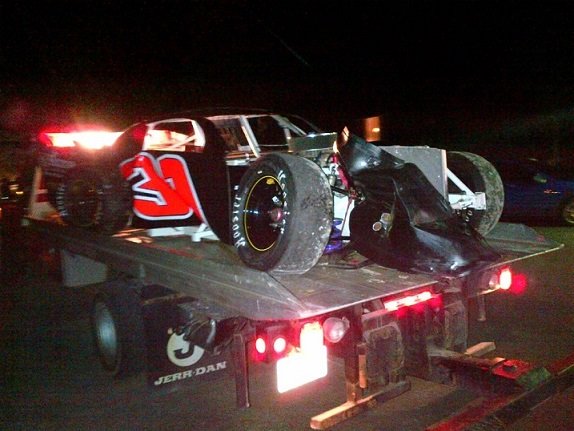 Here’s a look at what was left of Josh Gruntz’ OSCAAR Modified after a mid-race incident at Peterborough Speedway on August 3rd. We caught up with Josh the following night, and asked about the wreck, what’s left of his McColl Racing Enterprises-built chassis, his plans for the rest of the season and where he could find himself in 2013. The interview can be found on our YouTube page, or by following this link, and be sure to follow the ever-entertaining Gruntz on Twitter @Gruntz31 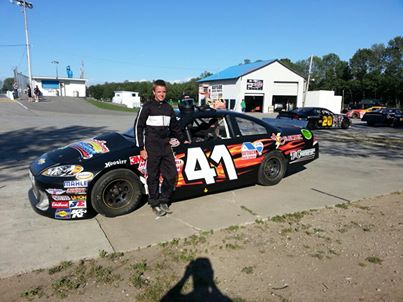 Third-generation competitor Jordan Latimer will make his first career Thunder Car start this Saturday at Barrie Speedway. Latimer, the grandson of multi-time Barrie titlist Garry Reynolds, will bring with him an elite level Karting pedigree, as he begins the transition to full-bodied stock car competition. The Coldwater, ON driver will campaign the chassis that veteran Leonard Johnston ran in 2012, and plans on appearing in a total of 4 events this season in order to retain his rookie status for a full schedule in 2014. Sponsorship for Latimer’s debut will come from T&C Construction and Welding Ltd., A/C Electric, Creechers Design, Tax Smart, Get Jack – Jack Latimer Sales Rep. Re/Max Orillia and K&K Racing Karts North America. 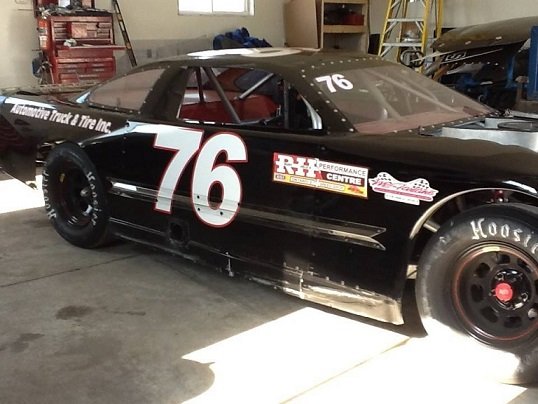 Former Flamboro Speedway Thunder Car regular Shawn Arnott will return to the speedway this Saturday, making his first career Flamboro Late Model start in Round 3 of the prestigious Grisdale Triple Crown Tournament. The former Oktoberfest champion purchased a chassis from Peterborough-area front runner Todd Delisle over the off-season, and has been competing weekly in the Ltd. Late Model division at Varney Motor Speedway. Arnott’s return will pit the rookie against former teammate Shawn Chenoweth, who is enjoying a banner year at Flamboro, and will enter the final round of the Grisdale Tournament a mere 3-markers away from the lead in the overall standings. 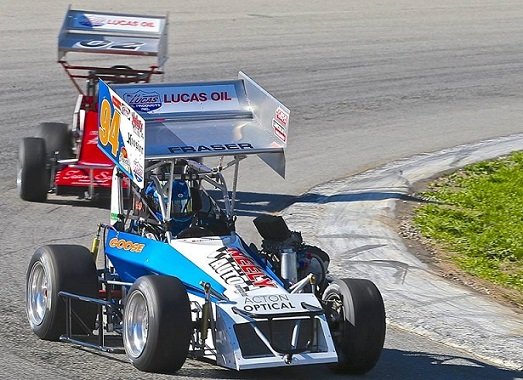 Lucas Oil TQ Can-Am Midget rookie Ryan Fraser (above, by Paul Husby) has posted some fantastic on-board footage from the series’ visit to Sauble Speedway this weekend. The 2012 Hurricane Midgets champion was impressive in his 2 weekend appearances, managing an 11th place finish on Saturday, before improving to a 8th place result on Sunday. Footage of Fraser battling his way through traffic can be found here. 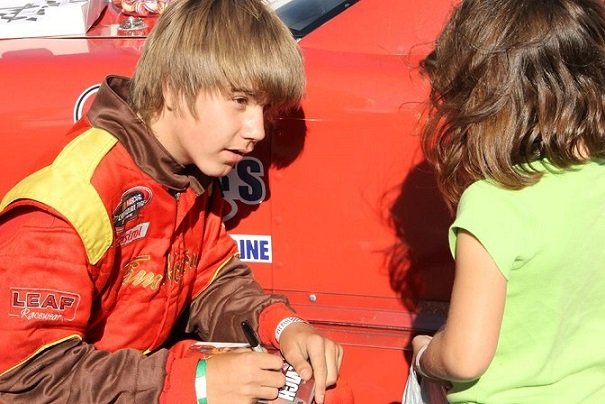 We caught up with third-generation driver Cayden Lapcevich (above, by Lisa Davidson) at Sunset Speedway on Sunday night, and asked all about his tumultuous, up and down weekend. ‘The Prodigy’ was involved in a late-race skirmish on Saturday night that absolutely destroyed his family-owned Super Stock, potentially ending his 2013 season. One night later, he hopped into Anthony Simone’s Ltd. Late Model for his first career division start. We ask Cayden about the rest of the season, his experiences over the weekend, what he’s learned so far and where he sees himself spending the rest of his summer. You can access the video by following this link.