NASCAR Canadian Tire Series rookie Daniel Bois has announced he will not be in competition this Sunday (September 1st) when the series hits the road course at Canadian Tire Motorsports Park. Although listed among the event entrants, Bois has announced he will instead compete at Kawartha Speedway on September 21st in the series final event of 2013. The Bracebridge, ON-based driver will campaign a DJ Kennington-prepared entry in his first career NCATS oval event. The former TQ Can-Am Midget champion will wheel the same car that carried Cameron Hayley to a pair of top-10 finishes during NCATS’ “Western Swing” in July. “This was strictly a strategic move on our part” explained Bois, “My first NCATS start was at CTMP in May, I’m comfortable with the feel of a road course and am excited to see if I can find the same confidence in my first ever oval start”. Fans can keep up with Bois’ NASCAR aspirations via his Twitter account @DBAutosport. We caught up with sophomore Mini Stock driver Scott Simmons (above, by Thompson Photography) at his recent visit to Sunset Speedway. The Spira Fire Protection Team member spoke openly about his short career in the division, the transition from the Karting ranks, what he’s learned competing across Ontario and more. For the complete interview click here, and be sure to follow Simmons on Twitter @ScottySimmons44. 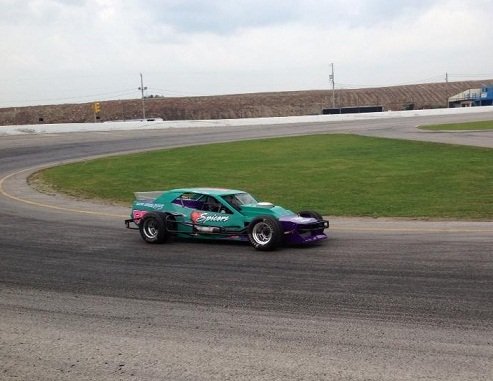 Here’s our first look at Jessica Spicer’s OSCAAR Modified Tour entry. The second-generation driver recently put down her first laps in the ‘groundpounder’ at Flamboro Speedway, under the watchful eye of her father – former OSCAAR Super Late Model contender – Drew Spicer. The Spicer’s of Woodstock entry is expected to make its debut before the end of the 2013 season. 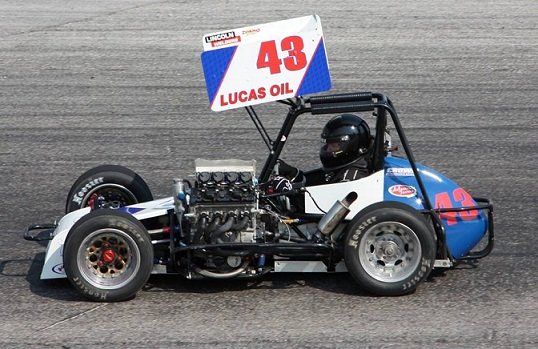 Two-time Great Canadian Race winner Jesse Kennedy has confirmed he will return to Delaware on Saturday (August 31st) in search of his third career ‘GC200’ triumph. The former Delaware champion has been committed primarily to an OSCAAR Super Late Model touring schedule throughout 2013, but appeared at Delaware’s 75-lap Late Model event on July 12th, holding off perennial contender Shawn Thompson and 2012 champion Mark Watson for the win. Expect Kennedy to battle a full field of Ontario’s best Pro Late Model talent this weekend, including current Delaware point leader Jamie Cox, contender Matt Pritiko and fan favourite Stephen Richmond among others. Gate times and ticket prices can be found at www.DelawareSpeedway.com

Going to the NASCAR Truck and NCATS race at CTMP? Come say hi!