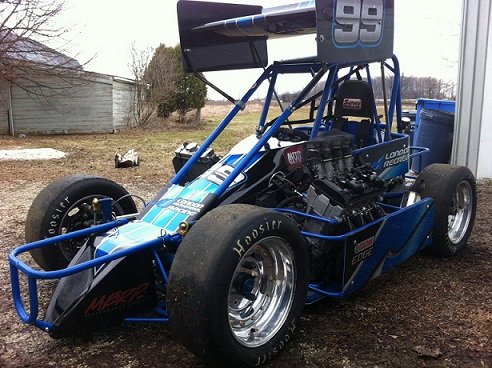 Former Lucas Oil TQ Can-Am Midget champion Daniel Bois has sent along shots of his newly wrapped car, as he prepares to return to TQ competition fulltime in 2014. The Muskoka, ON veteran has joined Mike Schmidt’s London Recreational Racing team, and is hoping to wrestle the club championship away from its current kingpin, Mack Deman. Fans can follow Daniel on Twitter @DBAutosports, as he puts the finishing touches on his 2014 program. 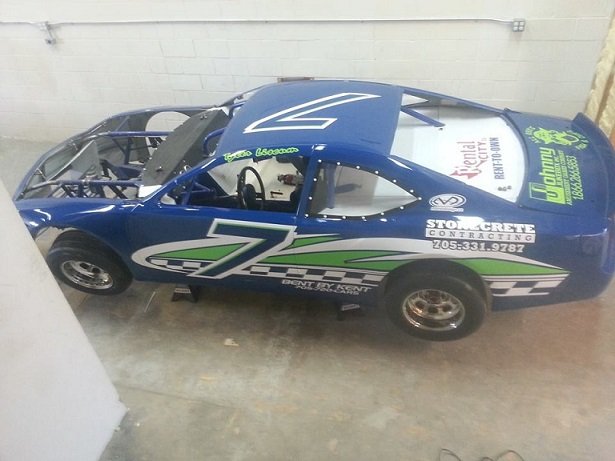 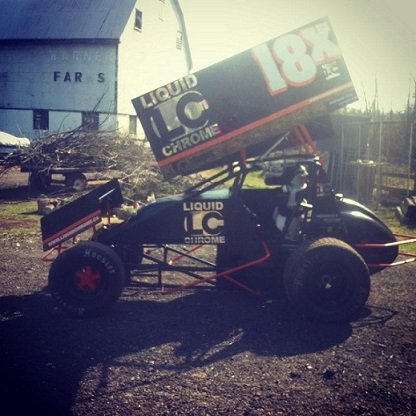 Former Ohsweken Speedway Mini Stock champion Davey Boughton will make the jump to the upstart 602 Sprint Car division this season. The heavy equipment operator from Carlisle, ON has sent us a photo to show off his new ride, that he hopes to debut at ‘The Big O’s season opener on May 16th. Boughton is still working feverishly to sew up additional marketing support, in order to finalize his program for the upcoming season. Existing sponsors include Liquid Chrome, Redline Racing, ImageFactor.ca, Hunt Chrysler Fiat, JW Property Maintenance, Fred Hyde Farms, Saliba Farms, MANN Construction, and LCS. Those interested in becoming a part of Boughton’s 18x Motorsports team can contact Davey via Twitter @18xMotorsports or through his website www.18xMotorsports.com 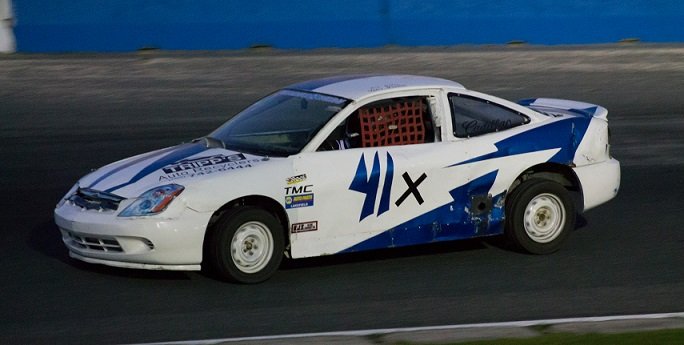 We recently had a chance to catch up with former Autumn Colours Classic champion ‘The Cadillac’ Tyler Junkin (above, by Thompson Photography). The Ennismore, ON driver tells us about his self-made TMC Motorsports operation and his early days in Peterborough Speedway’s entry level divisions. Junkin also previews the much-hyped Mini Stock Nationals presented by Summer Rush, scheduled for Kawartha Speedway on June 1st and July 13th. Click here for the video interview and follow Tyler on Twitter @TMCMotorsports 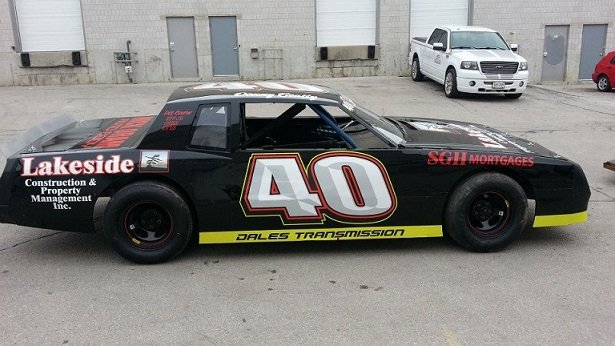 2013 Peterborough Speedway Thunder Car champion Donny Beatty will return to defend his title this season. The Beaverton, ON veteran sold his championship winning Camaro at the end of the 2013 campaign, and has acquired a new car from veteran Bryan Cathcart. Knightworks Designs has put the finishing touches on the Lakeside Construction & Property Maintenance, SGH Mortgages, Dale’s Transmission, Nick Oram Auto Body and Junior’s Tire Services of North Bay sponsored Monte Carlo, and Beatty will debut the machine when Peterborough opens its season on May 24th.