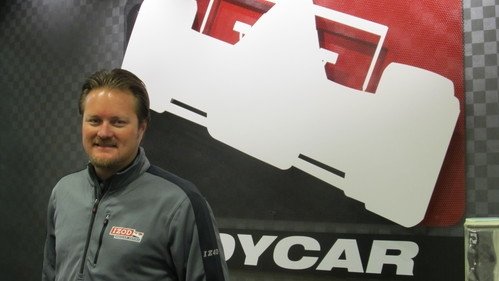 INDIANAPOLIS (Wednesday, Jan. 4, 2012) – INDYCAR announced today that Beaux Barfield has accepted the position of Race Director for the IZOD IndyCar Series. He will begin his duties immediately. Barfield, a native of Houston, has served as race director of the American Le Mans Series since August 2008. He previously worked as a Champ Car race steward (2003-2008) during which he served as Race Director of the Champ Car-sanctioned Atlantic and Trans Am series. Barfield was also chief steward for the USF2000 National Championship from 2001-2003.

“Though Beaux’s most recent experience is in sports car racing, his roots are in open-wheel racing,” said INDYCAR CEO Randy Bernard. “He has built a strong reputation as a race director with ALMS and bringing him on board ensures that INDYCAR has a dedicated Race Director with the right level of expertise for the IZOD IndyCar Series.”

“I grew up around racing, so I’ve been involved in it all my life,” Barfield said. “The one thing that I wanted to do as a racing driver growing up in America was to be involved with the Indy 500. When my driving career took a change of course and I found myself officiating, it was still a goal of mine to get to Indy car racing and the Indy 500. In that regard, it represents the pinnacle of my aspirations as a race official. I’m truly honored to be a part of INDYCAR.”

In addition to officiating experience, Barfield has experience as a driver competing in karting, Formula Ford 2000 and Indy Lights. He also served as lead instructor from 1992-2007 for what became the Panoz Racing School at Road Atlanta.