For the third time in four races, the Toyo Tires Formula 1600 Series has crowned a first time race winner. Making only his fourth series start, Pointe Claire, QC’s Jesse Lazare powered his #21 Brian Graham Racing/ Team Grote Piper DF-5 Honda into the race lead from fourth place on the grid by the end of the first lap and was never bested, eventually taking the victory over teammate Jack Mitchell Jr. by 17.353 seconds on the rain-soaked, four-kilometer Canadian Tire Motorsport Park road course.

“I didn’t want to gamble on the start, so I stuck to the outside, rain line,” explained Lazare (below). “Once I got clear, I tried to build up a gap and then just made sure I kept it on the track.” 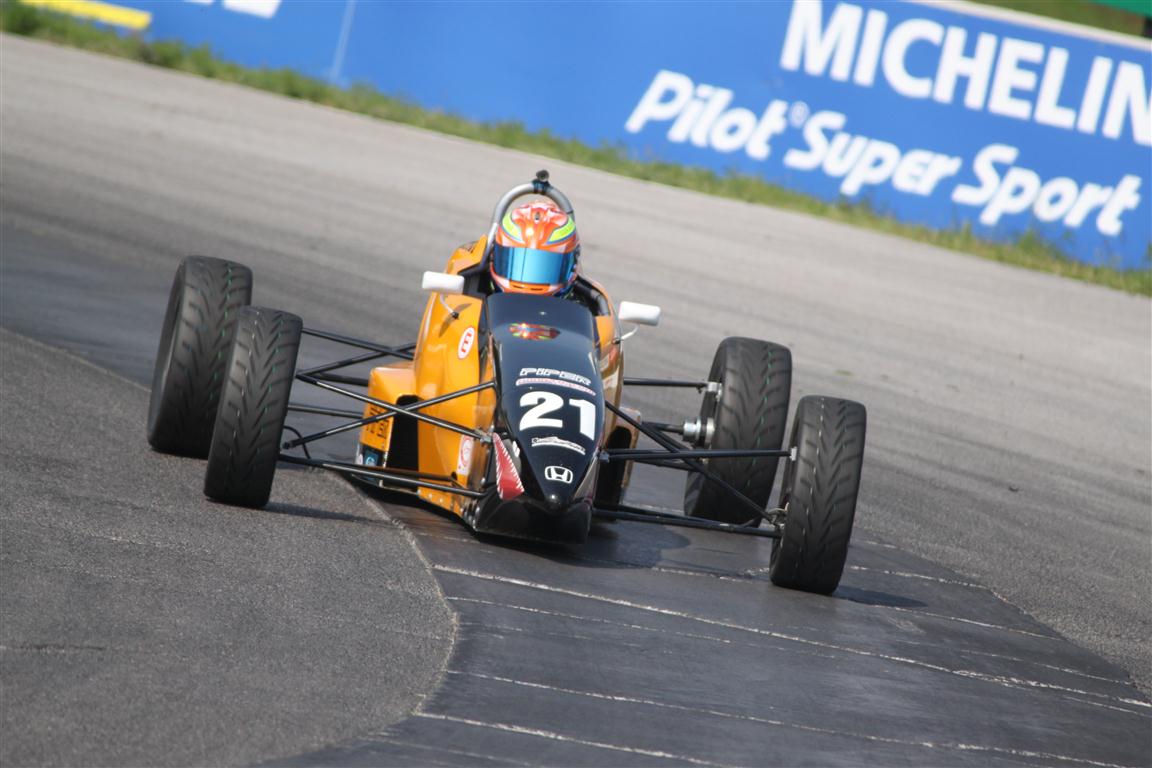 Caitlin Johnston, a first-time winner in her previous appearance on the F-1600 tour, claimed the final step on the podium, crossing the stripe 20 seconds in arrears of Mitchell.

Two weeks later, the London, ON-resident rolled his familiar, orange #34 Gamma Formula Four (top) off of the trailer at Canadian Tire Motorsport Park and then proceeded to drive it to victory in the opening Formula Libre event of the BARC Regional race weekend.

The ‘supposedly retired’ Long, who has successfully competed in the past seven consecutive decades, quipped that “racing is like alcohol and sex, really hard to give up”.

Long’s victory came at the expense of longtime running mate Jim Morton, who crossed the line .658 seconds behind the F-4 class victor.

Huntsville, ON’s Martin Barkey topped the timing charts in each of the practice and qualifying sessions and then translated that domination into his first career, overall victory in the Paragon Competition GT Challenge Series.

“It was a lot of fun, playing catch-up after the stops,” laughed Barkey.

Madden, in contention for the overall victory until lap 37 (of 54), was forced to retire when a “two-dollar O-Ring” on his car’s refueling receptacle failed during his mandatory pit stop.