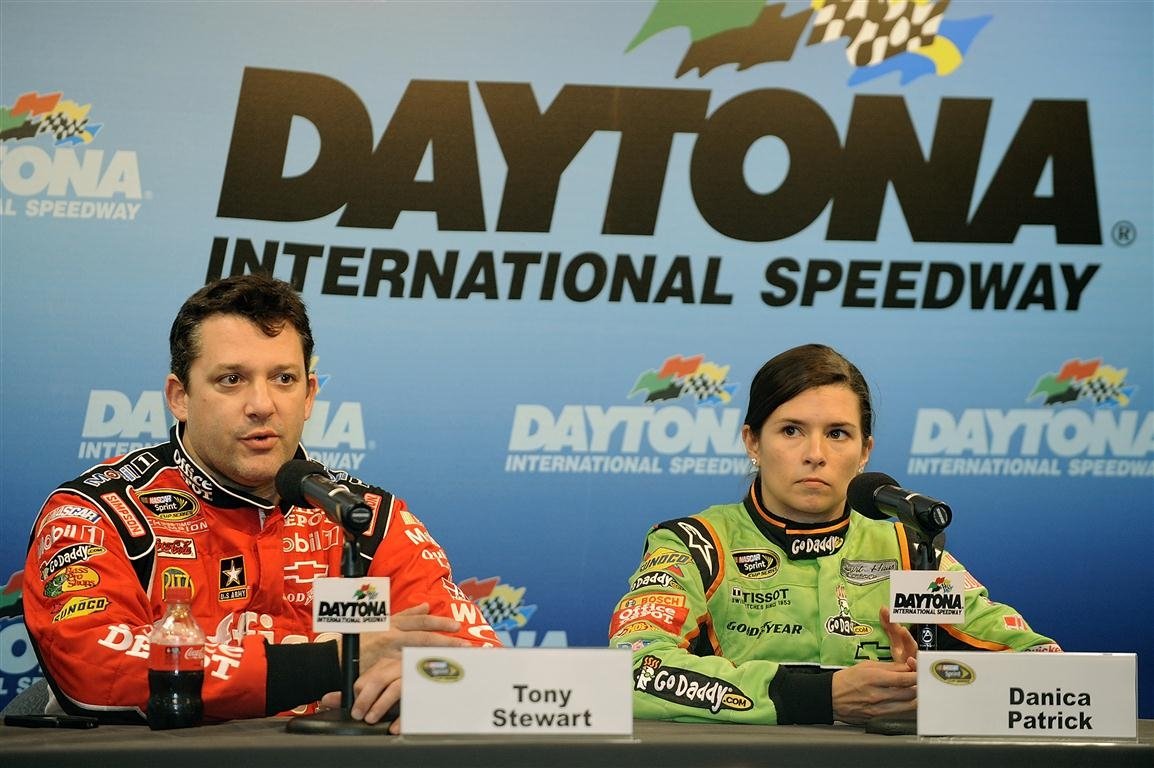 DAYTONA BEACH, FLORIDA — There was no shortage of conversation – or anything off-limits – during Day 1 of Media Availability during Preseason Thunder Testing Thursday in Daytona.From spoilers to drafting to beards – all were topics du jour.

A full field of NASCAR Sprint Cup Series drivers tackled Daytona International Speedway for the first of a three-day test as teams make their final preparations for the 54th running of the Daytona 500, February 26.

“It’s important for us to test down here, not only for the teams, but for us,” said Vice President of Competition Robin Pemberton. “We’ve had track tests at Daytona and Talladega and we’ve been in the wind tunnel several times. We think we’re making some great strides. The test is going pretty good for us. The teams are learning about their equipment and the limits they will be under with water temperatures and things like that. We’ve seen softer springs, a smaller spoiler and a reduction in downforce. We’re pleased with the progress we’ve made so far.”

Jeff Gordon led 31 cars during the morning session of practice with a top speed of 192.773. Teams practiced single and two-car runs in the morning session, but for most, the excitement of returning to Daytona and the thrill of the “The Great American Race,” only 45 days away, certainly added to the intensity of the day.

“A lot of effort goes into this race, “said Dale Earnhardt, Jr. “Winning the 500 is the biggest race of the year. It is the greatest feeling. The effort is quadruple when it comes to how much goes into the engines just for that race and the bodies of the cars. So it’s a pretty big deal when you win.”

The winning car of this year’s Daytona 500 will be the first car in the history of the sport to score a victory with a fuel injected engine.

“I feel like there is a crack in the floodgates,” said veteran driver Mark Martin. “I think there is a huge amount of electronics and adjustments and so much that can be done by those guys on the computer, instead of all those years I spent with Jack [Roush] with the carburetor apart up in the trailer.”

The afternoon drafting session belonged to the Toyotas of Kyle Busch and Joey Logano, respectively, with Busch posting a top speed of 202.402.

What will tomorrow bring for these teams? More knowledge for them to get ready for one of the biggest races of the year.

“We’ll gather our information and we’ll talk with the teams,” said Pemberton in regards to practicing different forms of drafting. “That’s why we have a three-day test.”

Among the lighter moments of Day 1 was a wager involving Dale Earnhardt Jr. and Matt Kenseth. Earnhardt threw a 1970s-themed party during the offseason, and Kenseth grew a mutton-chop beard for the occasion. Earnhardt bet Kenseth $2,500 that Kenseth wouldn’t keep the beard through this week’s testing sessions. The winner? Well, a clean-shaven Kenseth walked into the Daytona deadline room during Day 1 of testing.