In the April 4 edition of Dave Mathers’ Motion Motorsport Report, Dave covers this weekend’s NASCAR action at Richmond, NHRA Las Vegas, the news that F1 will be heading to Sin City in 2023, and more…

NASCAR CUP SERIES: Richmond has done a great job on the facility over the years. We attended a race at the old track, a regular oval, before they converted it to a D-shape. The racing was great in both races on the weekend, lots of passing, lots of drama and lots of excitement.

Justin Haley and Greg Biffle failed inspection three times and will be forced to start the race ‘from the parking lot’!! Five cars failed inspection twice and will also each lose a crew member and pit selection – Allmendinger, Buescher, Dillon, Wallace, and Stenhouse Jr.. It appears that NASCAR is really cracking down on enforcement with this new car and that is a good thing.

Ryan Blaney qualified on the pole followed by William Byron and Kyle Busch. Kurt Busch ran into problems on lap 8 and was pushed to the garage. Apparently, it was a fuel pump problem and as it wasn’t as a result of an accident the crew was able to make repairs. He got back out after 54 laps.

The race was pretty calm for the most part until lap 260 when Ty Dillon pushed up into Cole Custer who then spun Austin Cindric. All three were able to continue.

Believe it or not there was NO caution in the closing laps of the race, no green / white / checker!! No debris on the back stretch, nothing. Who knew? LOL
Denny Hamlin (Toyota), who is really good at Richmond, picked up the win again over Kevin Harvick (Ford) and William Byron (Chev). Watching the on-track post race interview it would appear that the #11 car should pick up a razor sponsor for their driver!!

The fears that Joe Gibbs Racing had not picked up a race win, yet this year have thus been, fortunately, allayed. All four JGR Toyotas finished in the top ten and that should put a stop to those pesky ‘balance of power’ rumours.

Ryan Blaney and Chase Elliott are tied for the points lead with Martin Truex, Jr. third 19 points out in the 19 car!!

NASCAR XFINITY SERIES: The jury is still out on whether Daniel Suarez has a future in announcing!! Well at least it’s better than hearing a NASCAR/IndyCar comparison every five minutes like a certain other recent guest was wont to make! LOL

Outstanding rookie Ty Gibbs, grandson of Coach Joe Gibbs, started from the pole and lead for the first 11 laps before being passed by John Hunter Nemechek. Those two traded the lead back and forth on several occasions with Nemechek leading for 135 laps and Gibbs for 114.

Nemechek won the first stage with Gibbs winning the second. With three laps to go Nemechek got around Gibbs and lead until the last lap where Gibbs got inside him and then pulled a bump-and-run to pick up the win, his third of the season. Needless to say Nemechek, although he is not in the points as he runs full time in the Truck Series, was not impressed. The crowd loved it.

With the $100,000 Dash 4 Cash on the line, for whoever amongst A.J. Allmendinger, Austin Hill, Noah Gragson and Sam Mayer finished highest, there was a lot of pressure on all four.

In the end 18-year-old Mayer, driving for JR Motorsports, finished third one spot ahead of Dinger to pick up the big check. Canadian Alex Labbe started 20th and finished 19th, or as Kenny Schrader would jokingly say ‘he passed one car’!! LOL

Allmendinger leads both Gibbs and Noah Gragson by 20 points in the championship.

FORMULA ONE: Wow, HOME RUN!! It’s Vegas baby! Formula One is going to run on a street circuit in Las Vegas on a Saturday night in November 2023!! AND there will be a bad-fast straightaway using the world famous Las Vegas Boulevard, aka The Strip.

F1 actually raced at Vegas on a temporary course in the parking lot next to Caesar’s Palace in 1981 & 1982.

I was in Vegas in April of 1982 and actually walked the course. Near the back of the lot, I walked into the tennis courts to see a bunch of VERY well dressed people watching tennis games. Turns out I walked into the Alan King Tennis Tournament and when I left, after about five minutes, I saw that tickets were $50 to get in at the front. No charge at the back!!

The best part of this announcement is that Vegas can easily handle the huge crowds that will be attending the race. And the casinos will be very busy as well, count on it. Three races in the USA! Ya gotta love it.

Their next race is Australia this weekend. 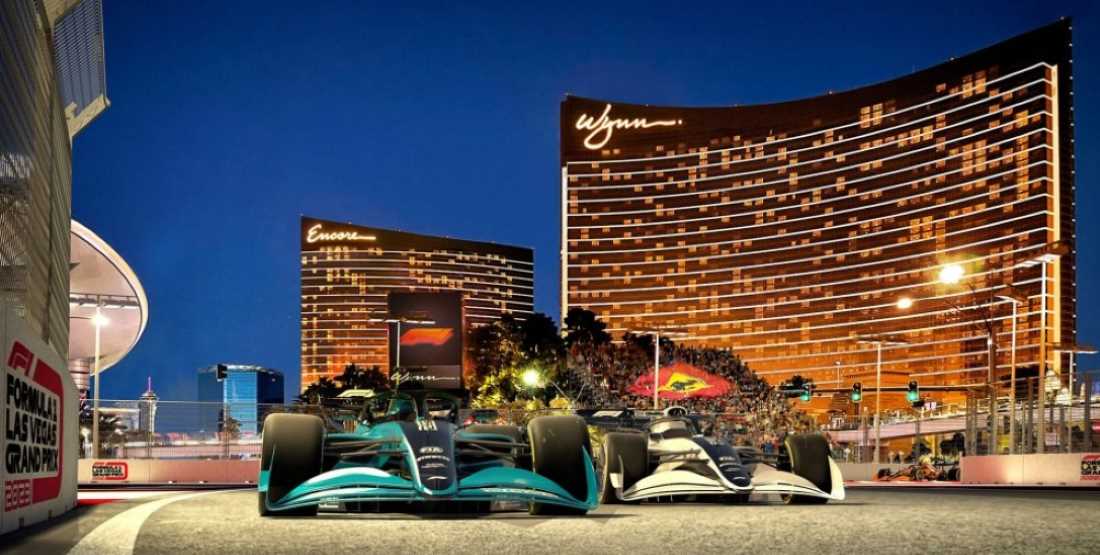 INDYCAR: Their next race is at Long Beach this weekend, a double header with IMSA.

IMSA: Their next race is at Long Beach this weekend, in a double header with IndyCar.

NHRA: Apparently the rumoured death of Milan Dragway was incorrect. New owners, Perry Merlo and Harold Bullock, took ownership of the facility last December and have big plans. Repaving the track and the staging lanes will be their first priority. That’s good news for all the Detroit area racers. And they have signed with NHRA’s Division Three!

FOUR WIDE at Vegas. I personally love the four-wide format, but I feel it should be used for the sportsmen series more so than the pros. That would speed things up considerably especially in the classes with the huge number of entries.

It was good to see Canadians racing at National Events again. Six of the fifty Super Stockers were from Canada while Stock only had one Canadian. Stock also had an entry from that beehive of drag racing activity, Enanger, Sweden, a town of 652 people!!

Mike Salinas qualified number 1 in Top Fuel but unfortunately, he went out in the first round. Brittany Force qualified second and marched through the field taking out Steve Torrence, Antron Brown and Tony Schumacher in the third and final round.

Ron Capps qualified number one in Funny Car and mowed down the competition taking out Matt Hagan, Robert Hight and Alexis DeJoria in the final.

Aaron Stanfield grabbed the top spot in Pro Stock but went out in the first round. Erica Enders qualified 4th and then defeated Cristian Cuadra, from Leon, Mexico (he qualified 16th and had three psychic lights!!) in a MUSTANG, Mason McGaha and Dallas Glenn in the third round.

Steve Torrence leads the Top Fuel points by only 4 over Brittany Force and by 7 over Mike Salinas. Matt Hagan has a 9-point lead over Robert Hight in Funny Car and by 40 over Ron Capps. In Pro Stock Aaron Stanfield leads by 3 atop Erica Enders and by a whopping 77 over Dallas Glenn.

Their next race is at Houston, April 24.

NASCAR PINTY’S SERIES: They will open the season at Sunset Speedway on May 14.

APC SERIES: This fast-growing series opens May 21 at Sunset Speedway.