That begins with Kennington returning to pilot the #17 Castrol Edge Dodge for another season beginning this weekend at the Victoria Day Speedfest presented by Castrol at Canadian Tire Motorsport Park and seeking his third series title. “We came so close last year that it hurt for everyone on the team for a while. But we did what this team always does, used it as motivation and we’re hungrier than ever in 2014.”

“I’m super excited to get going this year,” said Kennington. “Our partnership with Castrol has never been stronger and will continue for many more years and we’re anxious to get back to racing.”

Kennington had the #17 Castrol Edge Dodge out for a pre-season test session last week that had to be cut short. “We hit some debris on track and it punctured the oil pan,” he explained. “But we’ll be ready to go this weekend.”

Also joining the DJ Kennington Racing family this weekend will be veteran sportscar racer Bob Attrell who will drive the #83 Castrol Jumpstart Dodge at the season opening event. 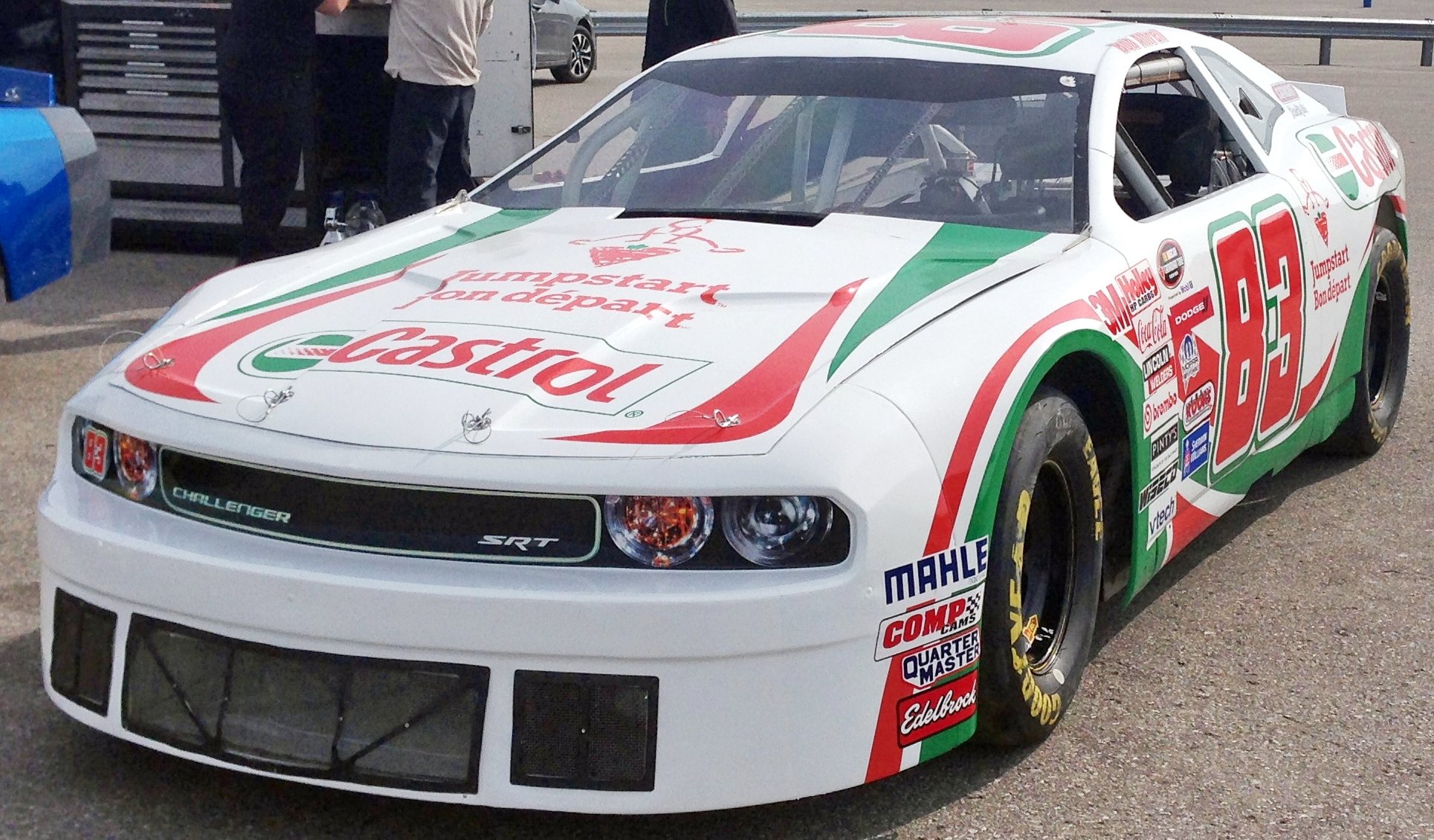 Attrell also turned a few laps in the #83 Castrol Jumpstart car (above, by Todd Lewis) last week and began to get acclimatized to the high powered stock car he described as “much more raw” than what he’s used to.

The partnership is to promote the Canadian Tire Jumpstart program. Jumpstart is a nationally registered charity that seeks to reduce financial barriers so kids across Canada can participate in organized sports & physical activities. Fans are encouraged to get more information on the Jumpstart program at http://jumpstart.canadiantire.ca/en/.

The Victoria Day Speedfest presented by Castrol featuring round one of the NASCAR Canadian Tire Series takes place this weekend at Canadian Tire Motorsport Park. Practice & qualifying take place Saturday and the race is at 1:30PM Sunday.

Ride Hopping Is A Way Of Life For P.E. County Racer Adam Turner