On Thursday, June 24, the province of Ontario released details related to its Step 2 Roadmap to Reopen plan. Included in the guidelines was a clause related to motorsports and horse racing facilities. “Outdoor horse racing and motor speedways, with spectators permitted at 25 per cent capacity.”

On the surface, this is welcome news. Brighton Speedway co-promoter Mark Rinaldi – who spearheaded a group called the ‘Ontario Motorsports Promoters’ – believes most facilities can work with this, for the time being, for their regular events.

Step 2 kicks in June 30, which means most tracks will be able to admit fans starting with the July 2, 3 & 4 weekend.

“The announcement came out first thing this morning,” said Rinaldi. “A bunch of the ministries, including Ministry of Health, Ministry of Tourism and the Ministry of Economic Development gave a briefing, soon after, followed by a ‘question and answer’ period.”

Rinaldi continued, “And then I had a call directly with Ministry of Tourism, in the afternoon, to get more clarification. So yeah, good news. We’re allowed to have 25 percent. There are a couple of restrictions that we can work through.” 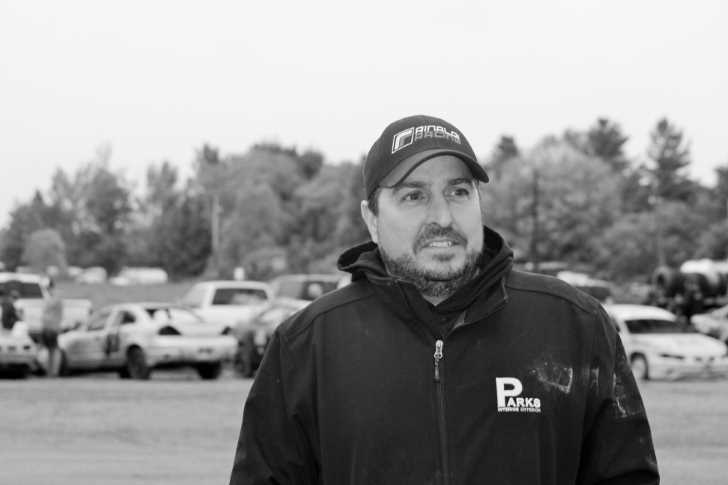 Discussing some of the safety guidelines, Rinaldi continued, “Some of the things they’re expecting is that every person in attendance has to have a reservation. So, every track is going to have to come up with their own way of tracking.

“Some tracks already have online ticketing systems, which would qualify. It could be similar to the reservation systems restaurants use. But it is one extra step that tracks need to do to manage things. Doing this will also address the contact tracing aspects, that were in our original plan.”

Some businesses have placed QR Code-driven questionnaires near their entrances. But according to Rinaldi, the health surveys won’t be required at motorsports facilities.

“We’re not required to have a questionnaire for all of the patrons. But we do need to post regulations and the self-exam for staff under the Ontario labour code.”

Following the province’s announcement, Rinaldi received calls from many promoters.

“I think everybody’s happy with the progress,” Rinaldi continued. “Everybody’s looking forward to getting fans back to the track. It’s definitely a step in the right direction.”

In other good news for the tracks, the 25 percent limit doesn’t include the staff, racers and teams, which means they can welcome a full 25 percent of their facilities’ seating capacity into their stands. Rinaldi said this will help make the situation “more manageable.”

In the case of Brighton Speedway, the track has a posted seating capacity of 2800, so that means 700 paying fans can attend.

Rinaldi notes that it’s up to the individual tracks to build their own safety plans based on the guidelines that the promoters group put together. The plan needs to be posted for all to see. Brighton has designated seating, so implementing a reservation system and keeping people well-spaced won’t be an issue.

“Many of us put these safety systems in place last summer, so it shouldn’t be hard to develop them again for this year,” said Rinaldi. “The big thing is that they (the government) don’t want to see packed congregations of people. It could be as simple as breaking your sections into four or five zones and assigning a set number people to a particular zone.”

As for food and concession stands, Rinaldi says they will be managed the same way a Tim Hortons, for example, manages its customers.

Looking down the road, to Step 3, the promoter thinks the 25 percent figure could increase significantly if all goes to plan. That stage is set to kick in 21 days after the start of Step 2 (on June 30).

“It definitely feels like it will increase for Step 3. As long as vaccination numbers continue to go up and the case counts come down, the feeling I’m getting from my discussions is that it would go to at least 50% capacity for Step 3.

“And hopefully, we’re in a good place at some point, this season, they can let us go to 80, 90 or 100 percent. That’s a big goal but it would be great if that happens for all of the tracks by the time we have our year-end events and fall specials. Most tracks make their money at these events, to help them make it through the winter.”

Asked to summarize how he feels about the process that has gotten the tracks this far, Rinaldi said, “It’s been a long, frustrating process to get to the point where we’re at. But we’re here, we’re going to have fans back in the stands. And we’ll be working towards that next step and keep pushing to get answers on that.”

Rinaldi is convinced that the tracks working together made a difference in letting them open, even with 25 percent fan capacity, in Step 2.

“One hundred percent. I don’t believe that motorsports would even have been mentioned in any of these things if we didn’t have the group working as one, with everybody coming together. In addition to the group, all of the promoters were pushing their own MPPs and local officials for answers, but the pressure from everyone got racing pushed up the ladder.

“We were all getting phone calls with mayors offices, the Ministry of Economic Development, the Ministry of Tourism, etcetera. It was tough how they left everything to the last minute. And maybe if the province had consulted with the industry while making the regulations, it would have been a better rollout.”

Rinaldi wanted to give a ‘shout-out’ to Northumberland-Peterborough South MPP David Piccini, who was recently promoted to cabinet as the new Minister of the Environment Conservation and Parks.

“He pushed real hard for us. Mosport (Canadian Tire Motorsport Park) is also in the same riding with us and I think he helped our situation.”

At this stage, Rinaldi said there are no plans for racing fans to be treated differently depending on whether they are, or aren’t, vaccinated.

“We asked that question and they said, ‘that’s a work in progress,’ and the Federal government is primarily involved with that issue.”