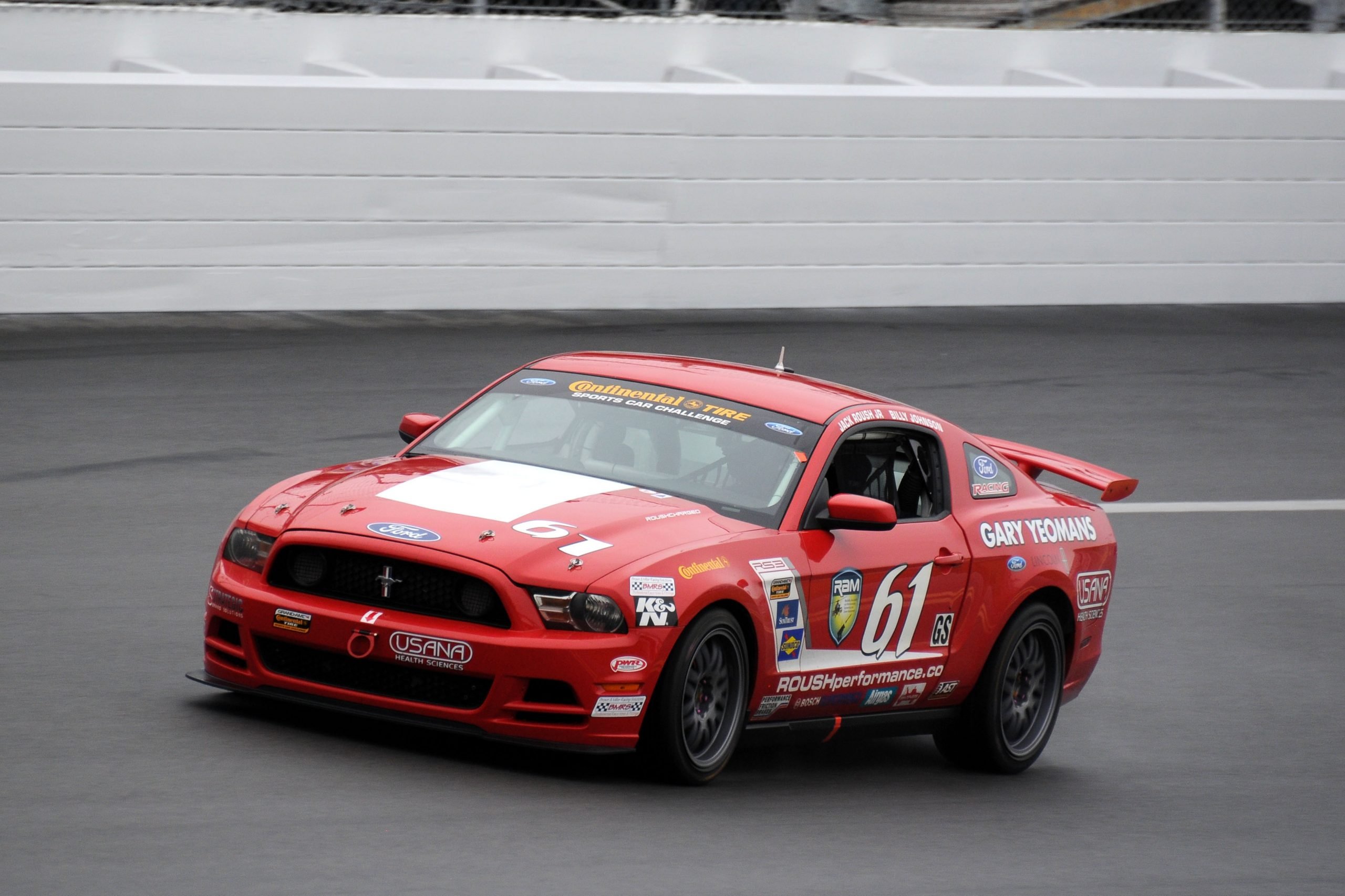 The victory is a complete turn-of-fortune, after incidents ended the day early for the No. 61 Ford Mustang Boss 302R each of the last two season-openers at Daytona

Daytona, Fla. – Jan. 27, 2012– Each of the past two seasons, Billy Johnson and Jack Roush Jr. have brought their Ford Mustang Boss 302R home from Daytona International Speedway with disappointment, their days ended early with incidents beyond their control.

Friday marked a complete turnaround, as the duo reached victory lane in the No. 61 Roush Performance Boss 302R in the Continental Tire Sports Car Challenge season-opener, continuing their strong showing since their last Daytona disappointment.

After a treacherous run early, thanks to the drizzly rain and slick surfaces, Roush Jr. handed the car over to Johnson within striking distance of the leaders. Johnson darted through the field, leading the final 18 laps and held off a charging field with an outstanding restart with three laps to go.

“It feels great to finally get that monkey off our back after two very bad race weekends here,” Johnson said. “The last two years we’ve started off the season with no points and trying to dig ourselves out of a hole for the entire year and it’s always a heartbreak at the end of the year. We hope with this victory, that we can continue that trend and hopefully take home the championship at the end of the year.”

Johnson and Roush Jr. are no strangers to winning, after taking home a win and multiple podiums throughout the 2011 season. However, even now after winning Daytona, they won’t let their attitudes alter much for the remainder of the season and will stay focused on the ultimate goal.

“It was a fun race for sure, but there’s a very high bar been set by my father and I take that very seriously,” said Roush Jr. “Even the days that we win a race, we walk away critiquing what went wrong and try to improve. It’s just part of who we are. We’re constantly trying to get better and do as well as we can.”

The victory also marked another special moment for Ford Racing.

“It’s the first victory for a 2013 Ford Mustang Boss 302R, and for it to happen at Daytona in the first race of the season, we hope it bodes well for a great 2012 Grand-Am season,” said Jamie Allison, Director of Ford Racing.

“Congratulations to Jack and Billy, as well as the entire Roush Performance team, for carrying forward the excellent performance that they are known for. They make everyone at Ford Motor Company proud.”

The victory is the first Grand-Am checkered flag at Daytona International Speedway for Roush Performance. The 2012 Grand-Am CTSCC schedule continues on March 30 at Barber Motorsports Park.