Current leader of the Porsche Carrera Cup North America standings, Sebastian Priaulx, heads to Road Atlanta with the intent of staking his claim to the Championship title

(9 November 2021) – Mooresville, NC: Sebastian Priaulx heads to Georgia this week for the final races of the 2021 Porsche Carrera Cup North America. It’s a triple header event at Michelin Raceway Road Atlanta and by the end of the two days of intense completion the close fought 2021 Championship will be decided.

Priaulx has a healthy 64-point lead in the fight for the title but with 90 points on offer at Road Atlanta, there is no room for complacency. Two other drivers are still in the hunt for the championship, including Priaulx’s Kelly-Moss team-mate, Kay van Berlo, and JDX Racing’s Parker Thompson, both extremely capable adversaries.

From the first 13 races, Priaulx has taken four victories, six additional podiums and nine pole positions. As well as showcasing his outright speed, Seb has proven his consistency and it is that trait that builds championship campaigns.

“I go to Road Atlanta in a really good position after having a good run of results recently,” said Seb. “I’m not changing anything in the run up to this event. I will prepare just as I normally do and go into the weekend ready for whatever comes my way. All year I have fully focused on myself, getting fitter and getting faster, and I’m now looking forward to going to Atlanta and trying to win this championship. I’ve loved every moment this year – Road Atlanta is going to be fun.” 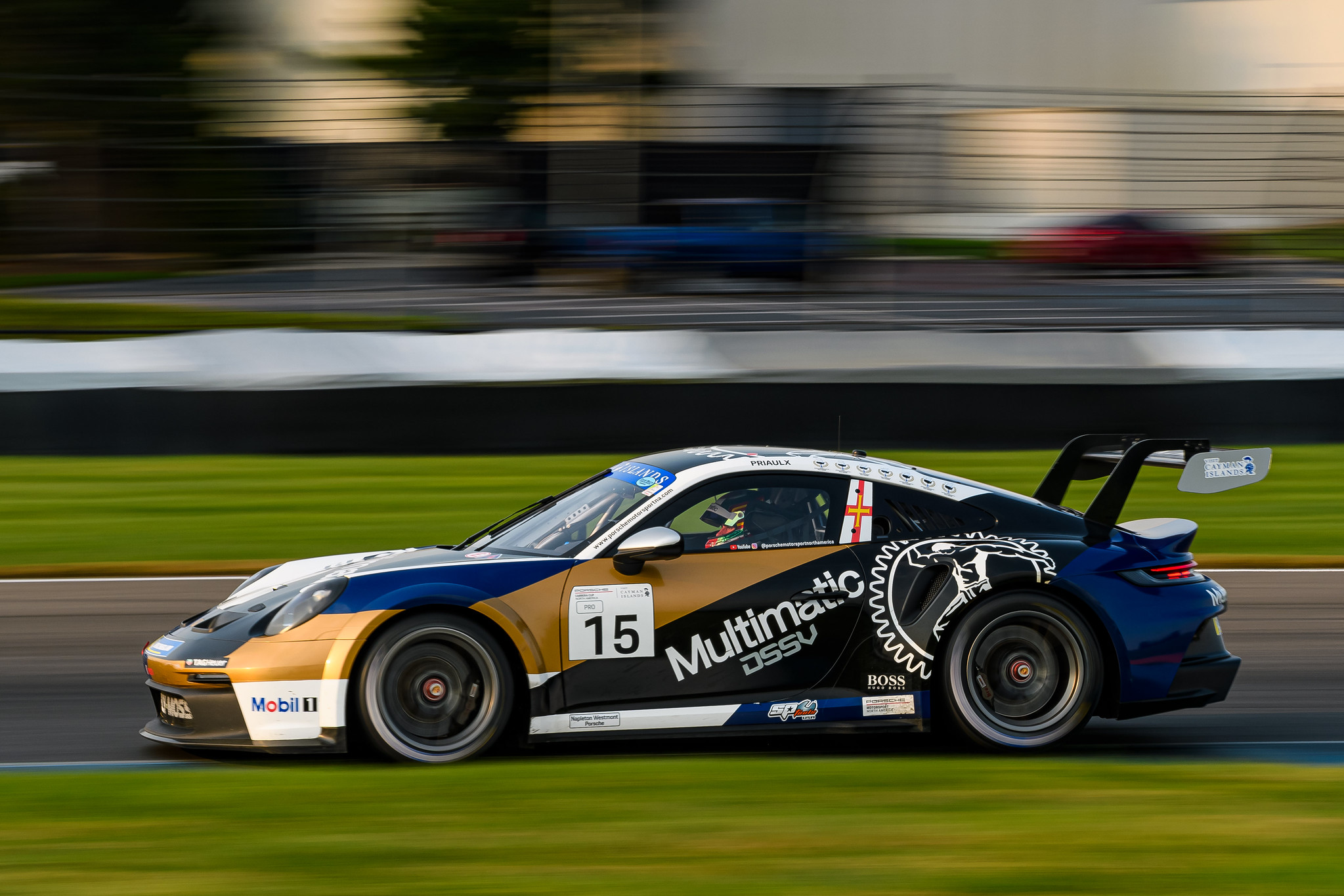 Mulitmatic Motorsports’ Team Boss Larry Holt said: “Seb has really come into his own this past season under heavy pressure from some extremely talented and aggressive competitors. With everybody in identical cars, and no pit stops or strategy, performance is 100% down to driving talent and so there are no pretenders at the front. Nine poles in 13 races undoubtedly underlines Seb’s speed, but more importantly he has recently shown the maturity and patience of a seasoned competitor, waiting for the right moments to capitalize on others’ mistakes. He has truly come of age this past season and is destined to have a strong and successful future with Multimatic Motorsports. But his short term goal is to bag this championship!”

The three races in Atlanta will bring to a close the inaugural season of the Porsche Carrera Cup North America. Porsche’s one-make series is the perfect place for drivers to showcase their talent, in equal machinery against extremely strong competition, which is why Multimatic Motorsports chose it for Seb’s 2021 race programme.