@targanl • CLARENVILLE, NL – A crisp, cool morning met the competitors on Wednesday (September 17) morning as they started the 3rd Leg of Targa Newfoundland. The Eastlink South Bonavista leg provided some stunning scenery along the Bonavista Peninsula shoreline as the rally took in the bottom part of the peninsula with ten stages. Yet, additional mechanical issues plagued several competitors, while others truly enjoyed the late summer weather and positive results.

Most of the teams that had mechanical issues from Tuesday were back on the start line. The Peter Andrews/Michel Jullian entry with their 1999 Honda Civic did complete repairs overnight, but had another issue arise after the 1st stage, causing them to miss the remainder of the day. They will, however, be back on the start line come Thursday morning.

The New Brunswick entry of Randy Wheaton and Andy MacNeil will no longer be competing in the Targa division, since their engine troubles have officially taken them out of the event in that division. Instead, they will now be entering in Fast Tour to simply enjoy the atmosphere, the people, and the experience of what Newfoundland has to offer, in another vehicle. They are extremely disappointed that they will not be competing for a Targa plate, but are trying to maintain a positive face under the circumstances. 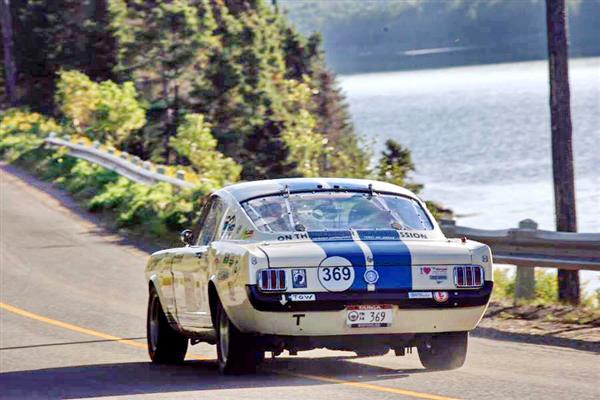 Targa Newfoundland has been called the ‘Ironman of Motorsports’ and it can still be called that after additional issues created havoc for other competitors during today’s stages. With better road conditions expected tomorrow, some mechanical issues may be resolved or become non-existent.

Results of the Grand Touring, Equipped division after Leg 3 still shows John Hume Sr. and Craig MacMullen at the top, but have increased their lead on the competition by 34 seconds. The top 4 overall Grand Touring spots are held by either an entry from the Hume Media Inc. team or the Racing with the Reverend team. Both teams are highly competitive and scream professionalism. It looks like one of these four entries will come out on top after Friday’s stages. In Grand Touring, Unequipped, Reverend Canon David Burrows and Jason Fancey are still leading their teammates Geoff and Lester Pike.

Jack Rogers and CJ Strupp in their 1965 Mustang (above) are still leading the Classic division in Targa. They’ve increased their lead to over 5 minutes over the ‘Targa Truck’ of Mark Bovey (below) and Miles Markovic. It’ll be interesting to see if the only truck in the event can make up the time and keep things interesting within Classic over the last two days. 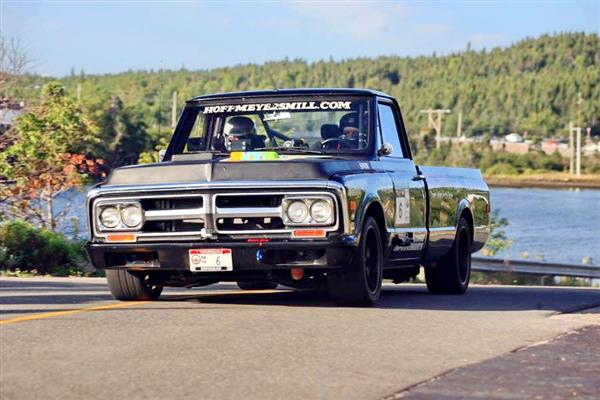 Three teams are still tired at the top of Modern division, as John Hume Jr./Justin Crant, Matthew/Brian Oldford, and Stan Hartling/Andy Proudfoot battle it out stage over stage to see who’ll make the first mistake and let the others move ahead in the standings. Doug Mepham/John Solecki seem to be the only remaining team close enough to make a strike at the top three should either stumble.

The Open division finally has some ground being put between the top runners and the rest of the pack. The five teams that were once tied are now down to three teams, while the fourth is only 1 second back. Mike Davenport/Brad Benson, Richard Atkinson/Kevin Corbett, and Barry Stewart/Darren Smith are now the three to beat in Open. The new stages on Leg 4 of the Hume Media North Bonavista on Thursday will certainly allow for movement within the division and possibly at the top. 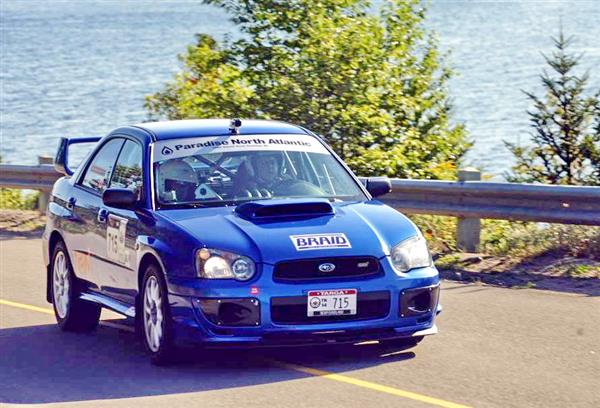 With the majority of Thursday being new stages, excitement in the communities is building while anticipation by the teams increases. The road conditions in these stages should allow for better times and less wear on the vehicles. The fans in this area are very happy to finally get to see Targa compete in their communities. Being able to compete throughout the Bonavista Peninsula in Leg 3 and 4 is something Targa Newfoundland is very proud of being able to do.

Owned and operated by Newfoundland International Motorsports Limited, Targa Newfoundland is one of three internationally recognized Targa motorsports events in the world. The 2014 competition will start in St. John’s on September 14 and concludes back in the capital on September 19. The annual rally will cover more than 1,550 kilometres of the challenging, twisty roads of the central and eastern portion of Newfoundland, including 430 kilometres of closed-road, flat-out Targa stages.