@targanl • CLARENVILLE, NL – Thursday, September 18 was just one of those days. You know, when you spill your morning coffee. The shower takes forever to warm up. And you burn the toast. Well, for several competitors of Targa 2014, today was really one of those days.

The Hume Media North Bonavista Leg 4 started off on another beautiful morning in eastern Newfoundland. That quickly changed for the brother team of Scott and Mark Knott, who had an incident in their 2005 Lotus Elise in Open Hall, where they missed a turn and went straight off into a mossy blueberry patch. The Lotus suffered front end damage but was able to be pulled out and continued onto the next stage. No damage was done to any private property. The incident did however affect them in the standings of the Open division, knocking the team down into 5th place. 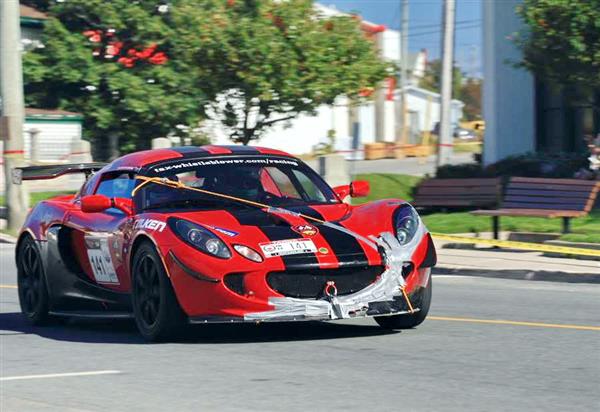 In Kings Cove two vehicles went off on the same turn within a few feet of each other. The entries of Jordan Doody and Lucien Boudreau and Richard Atkinson and Kevin Corbett each went off after a high speed straight went into a tight right turn. Neither vehicle made the turn successfully, causing the Subaru of Doody and Boudreau to land in a field several feet below the road. Their event in the Open division is over due to the damage sustained in the incident, however, they’ll be competing in the Fast Tour division on Friday in Jordan’s own Scion FR-S.

The Acura Integra of Atkinson and Corbett then also missed the same turn, landing a few feet to the right of the Subaru, but much further out into the field. That entry will be able to continue in the morning, but did miss the remaining stages on Thursday with a busted radiator. No private property was damaged in either incident and neither team member was injured. However, Atkinson and Corbett’s time at the top of the Open division came to a full stop. They are now down in 6th.

The final incident occurred in Bonavista, where the 1995 BMW E36 M3 of John Robinson and Norman Lord went through a fence on the Mockbeggar Plantation. The fact that they only went through the panel portion, right between two post, is part skill, and probably part luck. The crowd watching was quite amazed seeing the car go through the fencing and landing on the field inside. Damage was mostly cosmetic in nature, and they expect to be at the start line in the morning. No injuries to either member of the team. The fence damage will be dealt with by Targa Newfoundland. 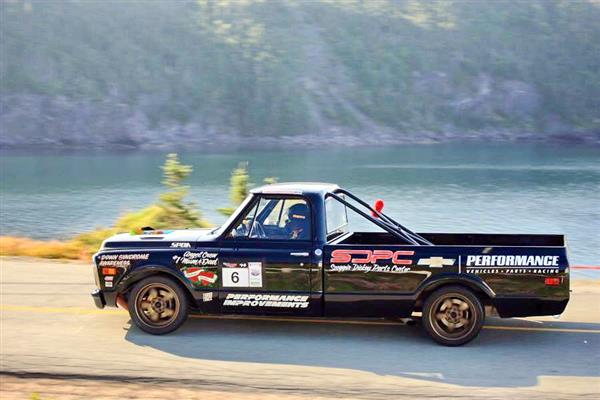 The crowds that came out in Bonavista and Trinity Bay North to watch the stages were very large. People of all ages were waving at the convoy of Targa vehicles, support crews, and volunteers as they drove up from Keels towards Bonavista. Many of the competitors committed on the excitement and challenge of the Bonavista stage and the beautiful area surrounding the community. It will be a lasting memory for many who attended today.

Results of the Grand Touring, Equipped division after Leg 4 remain unchanged for the second day in a row. The top 4 positions are still firmly holding onto their place in the standings. John Hume Sr. and Craig MacMullen are still in 1st place. In Unequipped, Reverend Canon David Burrows and Jason Fancey are leading that class. The team mates of each team are then 3rd and 4th, respectively.

Jack Rogers and CJ Strupp in their 1965 Mustang have taken a huge commanding lead over Mark Bovey and Miles Markovic in their 1971 GMC pickup. If Jack and CJ can finish tomorrow and be competitive, they will win the Classic division. 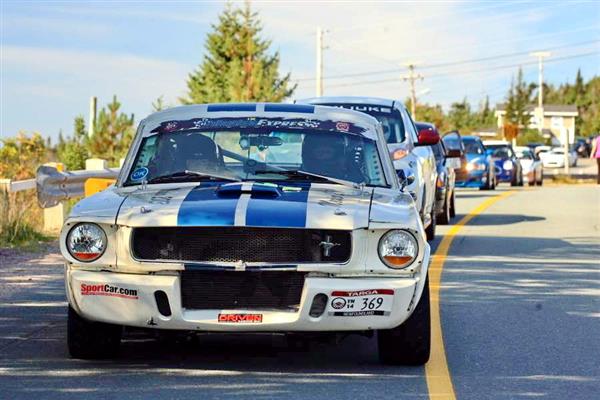 The changes in the standings kept coming, as in Modern there is now a sole leader sitting at the top. The local father and son team of Matthew and Brian Oldford are now in the lead in their 2004 Subaru WRX STI. John Hume Jr. and Justin Crant in their 2004 BMW M3 will have to really push the limit tomorrow on the stages heading back into St. John’s in an attempt to pass Matthew and Brian and take the Modern division plate from them.

Mike Davenport and Brad Benson are now on top of the Open standings. They have a lead over the team of Barry Stewart and Darren Smith with the final day of stages coming up on Friday. All things considered, one of these two teams should take the top spot at the awards reception Friday night, but with Targa, anything can happen, and it usually does.

The end of the 2014 edition of Targa Newfoundland coming into sight, the Friday stages will take the teams back towards St. John’s and the end of the event on the waterfront. North West Brook, Freshwater, and Brigus stages are the only things left ahead of each competitor and their quest for Targa plates and medallions. The pressure will reach an all time high on Friday, with teams pushing each other to be at the top of their divisions.

Owned and operated by Newfoundland International Motorsports Limited, Targa Newfoundland is one of three internationally recognized Targa motorsports events in the world. The 2014 competition will start in St. John’s on September 14 and concludes back in the capital on September 19. The annual rally will cover more than 1,550 kilometres of the challenging, twisty roads of the central and eastern portion of Newfoundland, including 430 kilometres of closed-road, flat-out Targa stages.