Here is our first look at defending Sauble Speedway Thunder Car champion Matt Mulholland’s ride for the 2012 season. The Port Elgin, ON native’s Camaro has been completely re-done over the off-season and will be ready for racing action this Saturday May 19th, when Sauble opens up their 2012 season.

‘The Situation’ (below) is also excited to announce that his team’s racing proceeds will go towards Canadian Tire’s Jumpstart Program to help deserving children overcome financial barriers and enroll in sports and recreation activities (www.jumpstart.canadiantire.ca/). Mulholland will compete for a second Sauble Speedway champion this season, in addition to racing in Sunset Speedway’s 4-race McColl Racing Enterprises Super Stock Pro Series. 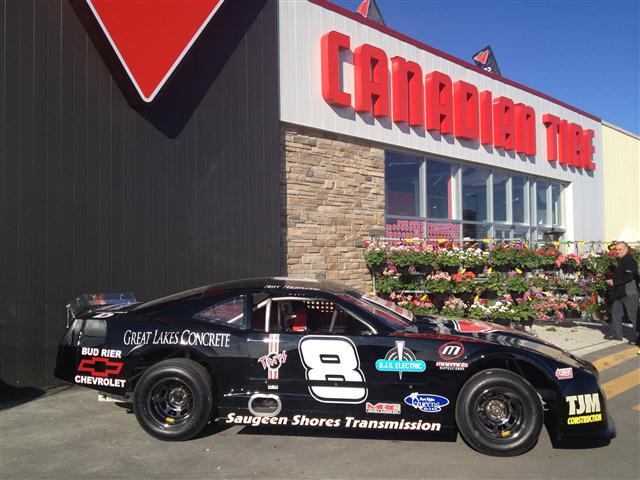 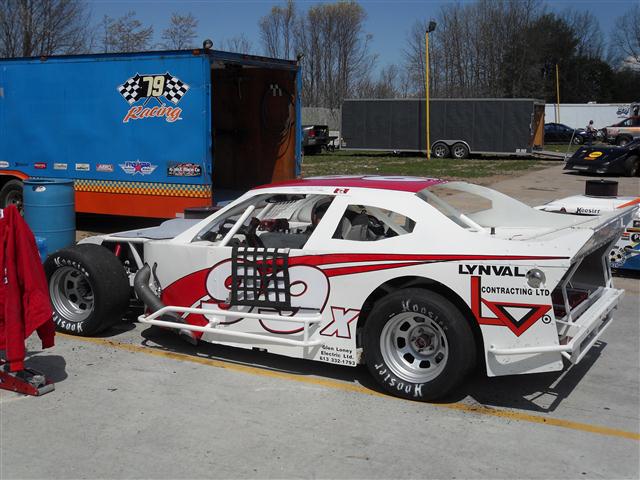 TIM BURKE: Inside Track has followed former Late Model regular Tim Burke’s (above) progress throughout the off-season as he prepares for his OSCAAR Modified debut. Here’s a shot of Burke’s ride at May 13th’s OSCAAR Practice session. The chassis has been completely converted from Burke’s Lucas Oil Sportsman Cup car to that of an OSCAAR-legal Open Wheel Modified. The Lynval Contracting entry will make its debut, alongside the rest of the OSCAAR Modified tour, this Sunday April 20th at Sunset Speedway. 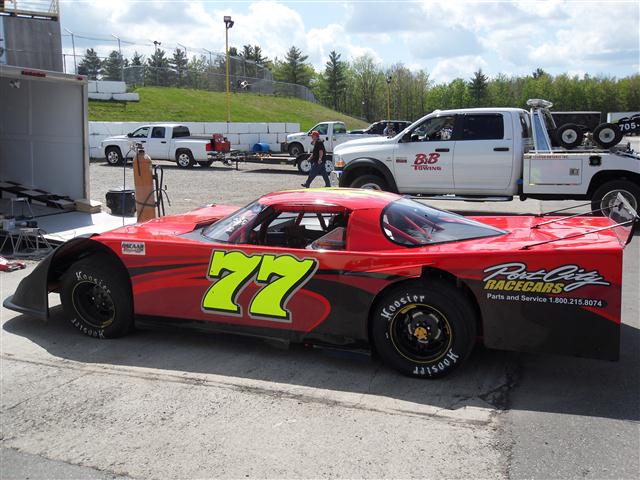 GEORGE WILSON: Sault Ste. Marie, ON’s George Wilson (above) unveiled his 2012 OSCAAR Super Late Model this past Sunday, as he prepares for his first career OSCAAR championship campaign. Wilson’s Port City Chassis, purchased at the conclusion of 2011, has only 136 laps of use on it, and was last raced by Michigan standout Johnny Van Doorn at Toledo Speedway’s prestigious Glass City 200 in October. Wilson has reported that his team will likely travel with a backup car to all OSCAAR events in 2012, as the closest track to his race shop (Barrie Speedway) is still 594kms away. ‘The Steel City Outlaw’s longest roadtrip will come on Friday August 24th, when his team makes the 870km trip to London, ON’s Delaware Speedway. The OSCAAR Super Late Model season will begin this Sunday May 20th at Sunset Speedway, scheduled start time is 6:00 p.m. 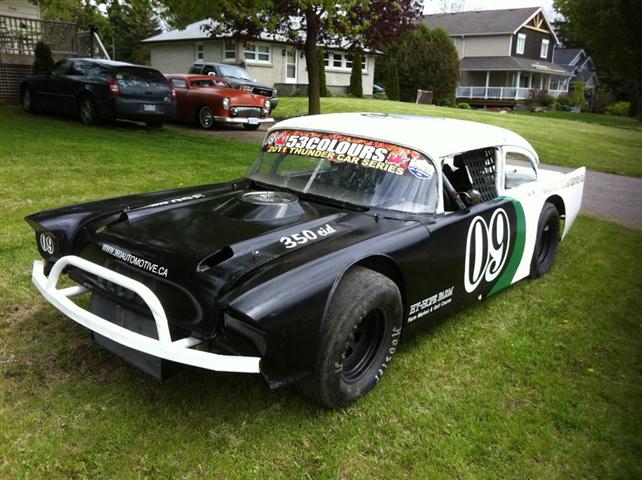 DAN PRICE: Provincial fan favourite ‘Cowboy’ Dan Price (above) has announced he will return to fulltime competition at Fraserville, ON’s Kawartha Speedway in 2012. Owner of perhaps the most unique looking Thunder Car in the province, Price has adorned his richardprice.ca sponsored ride with a new paint scheme to return to Kawartha with. Price will enjoy additional support from Langille’s Scrap, Cores & Truck Parts, Hy-Hope Farm and Golf Course, Cardinal Signs and 360AUTOMOTIVE.ca. Kawartha’s 2012 season will begin Friday June 1st.

Inside Track TV: Quebec racer Martin Latulippe at Toledo (May 2012)